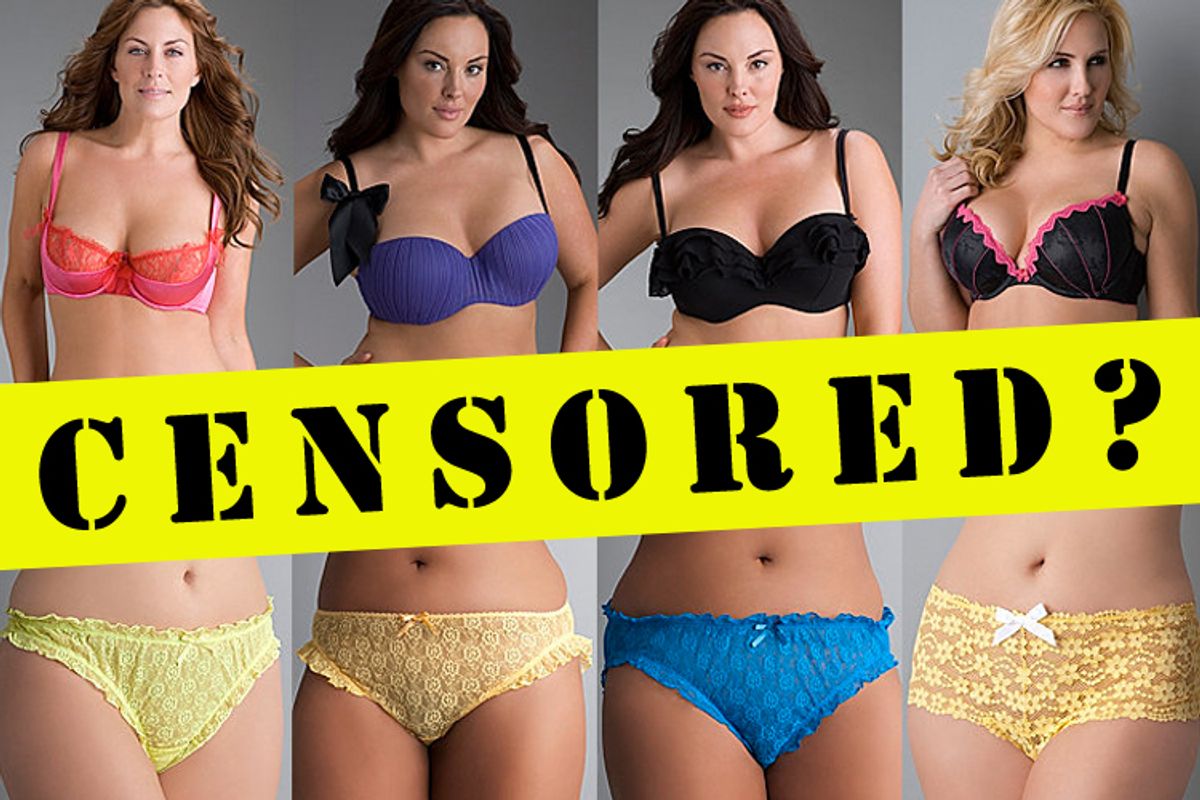 Lane Bryant sure has itself a tempest in an F-cup bra. A post on the company's blog claimed that "ABC and Fox have made the decision to define beauty for you by denying our new, groundbreaking [lingerie] commercial from airing freely on their networks." The post went on to attribute the alleged censorship to the buxom, plus-size models in the commercial: "The networks exclaimed, 'She has ... cleavage!' Gasp!" Meanwhile, scantily clad models "are prancing around on major networks leaving little to the imagination" in Victoria's Secret's latest spot.

Then the blog post was deleted, and the Lane Bryant ad at issue was yanked from the company's YouTube page. Citing a copyright violation that needed correcting, the plus-size clothier has now put the commercial back up and published a new blog post titled, "The Lingerie Commercial FOX and ABC Didn't Want Its Viewers to See."

Fox wouldn't go on the record about the allegations and an ABC spokesperson told Salon, "As a matter of policy, we do not discuss our clients' business." However, Holly Bard, a spokesperson for Lane Bryant, echoed the claims of the original blog post, adding that Fox relegated the ad to a commercial block in the last 10 minutes of "American Idol" (which, it's worth mentioning, is right around when the show's much-awaited results are announced). She said that Victoria's Secret's spot -- which is a lot like the Lane Bryant ad, but with standard supermodels -- was cleared to run a half-hour earlier and "we were told that it ran as is," without any required revisions. "We're completely disappointed [in the networks]," she said.

So, look, there is no telling what really went down between the networks and Lane Bryant. It could be that ABC and Fox discriminated against the curvy lingerie models, or it could be that Lane Bryant was treated fairly and this is a disingenuous publicity stunt. (Remember, rejected ads can stir up a whole lot of publicity -- far more than most companies could actually pay for.) We just don't know.

Regardless of the truth behind this ad war, it is safe to say that many --myself included, I shamefully admit -- would find something unnerving about these full-figured women. They are formidable, healthy-looking and robust. They are va-va-voom. Watched alongside the Victoria's Secret commercial, these two ads are a feminist critique of pop culture that writes itself. Together, they speak volumes about the pressure women feel to be thin, fragile and take up less space. Because that is the type of femininity we're comfortable with, not the kind you see in the Lane Bryant ad.