Why I won't be joining the "Boobquake" 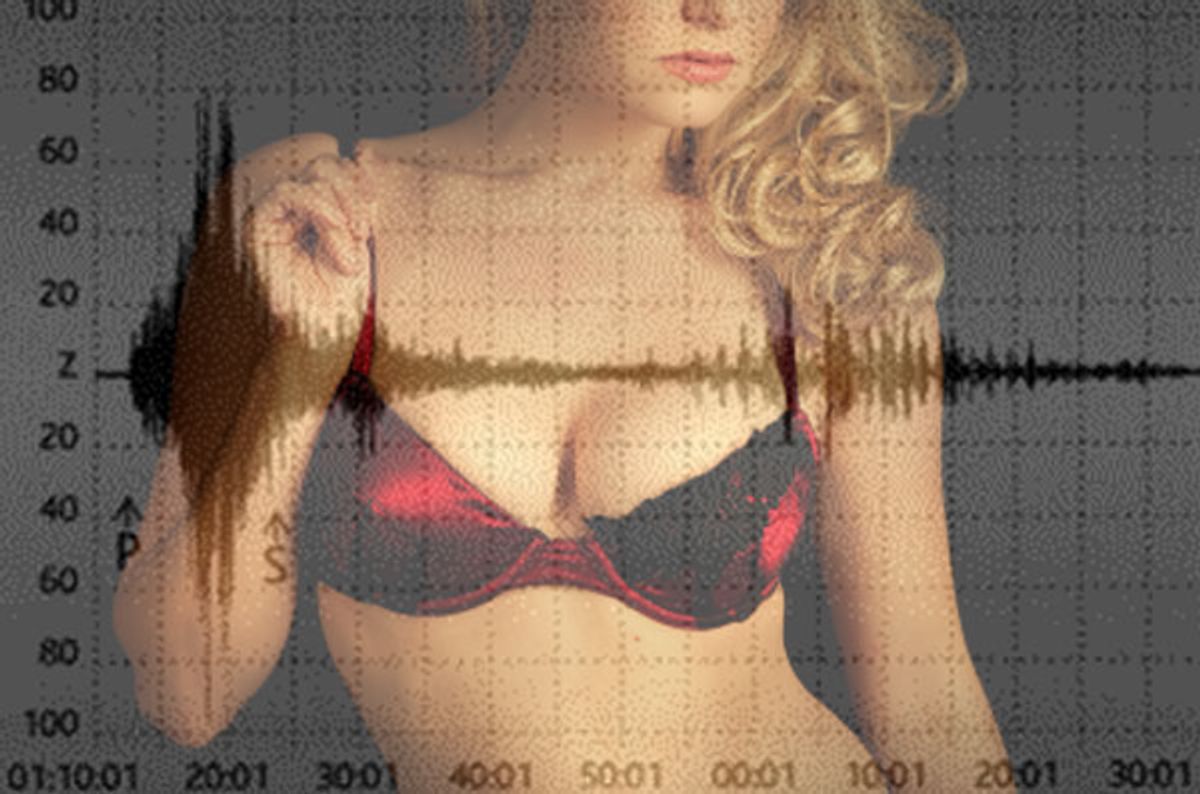 Over coffee this morning, I saw a few Facebook posts from female friends, excited about showing off some cleavage for "Boobquake" this Monday. While I wanted to be happy about some counterculture movement, this one just made me sigh.

In case you haven't heard, Boobquake was started by Jen McCreight, a blogger at Blag Hag, in response to an Iranian cleric who recently issued a statement that read:

Many women who do not dress modestly... lead young men astray, corrupt their chastity and spread adultery in society, which (consequently) increases earthquakes.

McCreight encourages you (meaning women, of course -- men can be the continual spectators) to:

... join me and embrace the supposed supernatural power of their breasts. Or short shorts, if that's your preferred form of immodesty. With the power of our scandalous bodies combined, we should surely produce an earthquake. If not, I'm sure Sedighi can come up with a rational explanation for why the ground didn't rumble.

It has turned into somewhat of a phenomenon. According to McCreight:

So what started as a joke and somewhat sarcastic reply to the ludicrous notion that women's immodesty causes earthquakes has now exploded. Seriously, internet, you scare and amaze me sometimes. The Facebook event already has almost 14,000 attendees (and 60,000 invited) in just over 24 hours. The wall is getting comments so quickly that I had to disable Facebook email notifications because my inbox was getting flooded.

I appreciate McCreight's intentions behind this; she meant it as a feminist response to a ridiculous statement. Unfortunately, it seems to be turning into something else, with many men chiming in, with their "show us your tits" camera-ready attitude. Women on parade again ... sigh. Since when did we "stick it to the man" by wearing low-cut shirts or short shorts? When women burned bras back in the day, there was a statement there, full of boldness and righteous anger. This type of happening feels like feminism lite, "cute" feminism or "male-friendly" feminism.

Reviewing the hundreds of comments that continue to pour into the Boobquake Facebook page, many women apologetically replied, "Sorry, I don't have enough cleavage to show" or "I'm as flat as a board ... sorry!" A movement that encourages more body issues! Yay for us.

Women should be able to wear what they want. That's a given. Women should be able to sexually express themselves how they see fit. Of course. And underneath it all, I guess that was Boobquake's intention. Unfortunately, we live in a world that sees that kind of freedom of expression as a photo opportunity or another cheap thrill. All parties must be on board and in celebration of the cause in a way that doesn't include lasciviousness, latent female hatred or sexual over-saturation. If not, then all we've got is "Girls Gone Wild" with a cause slapped on it