Suspension not enough: Get rid of Roethlisberger while the getting is still somewhat good 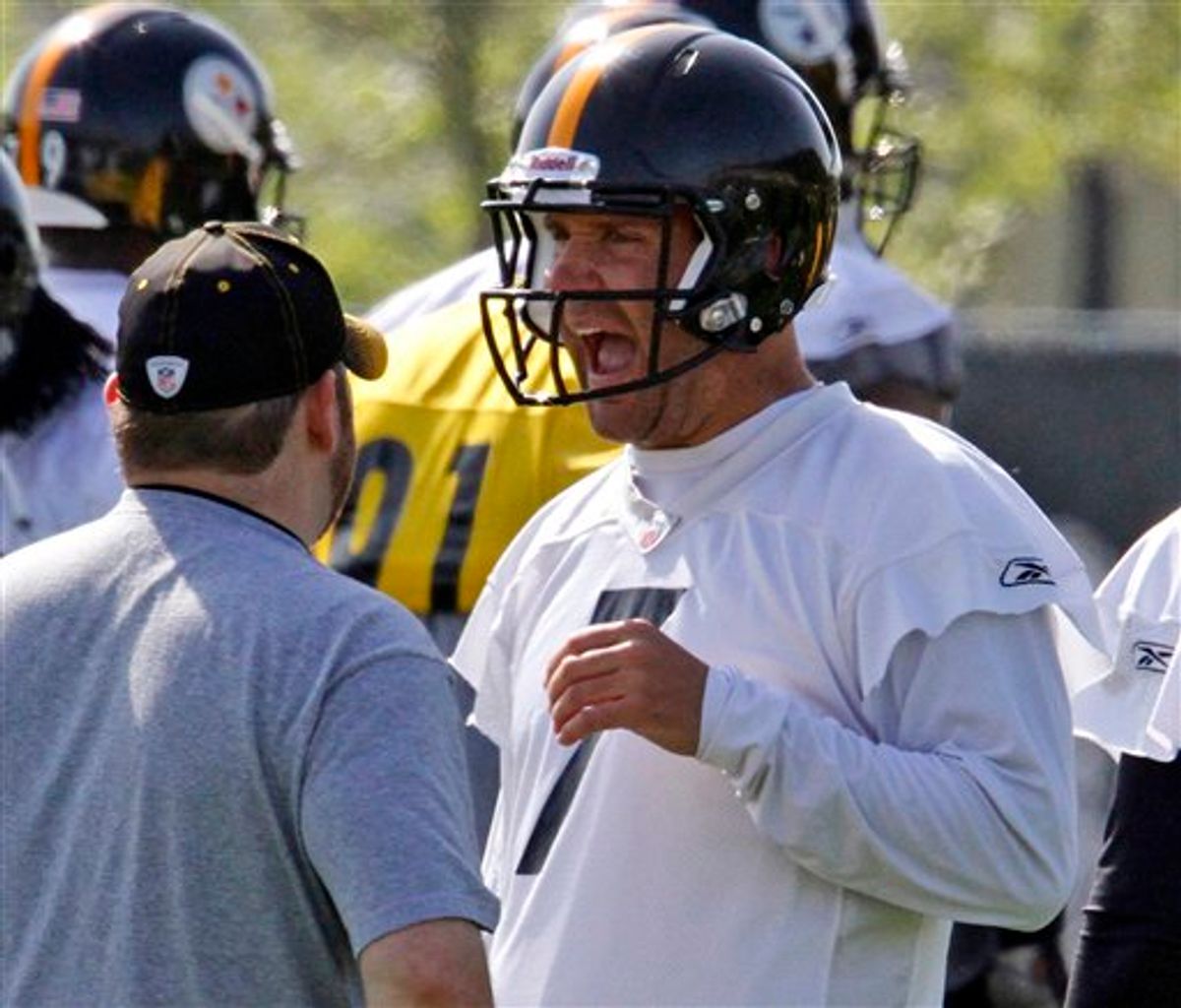 I'm not so sure what "comprehensive behavioral evaluation" means, though the last time I remember one being ordered for a star athlete they came back with the conclusion that, yes, Mike Tyson did have some psychological issues.

My guess is they'll find Ben Roethlisberger has some issues, too, though we may never know to what extent. But, at the risk of sounding presumptuous, I would suggest the psychological evaluation NFL commissioner Roger Goodell ordered Wednesday for the Steelers quarterback begin with this question:

Why, in a Georgia bar crowded with young women who might relish the chance to spend some time alone with a football star, would you be so interested in one who says she tried her best to say no?

The answer to that surely would interest the attorney for a woman who accused Roethlisberger of luring her up to a Lake Tahoe hotel room and raping her two years ago. Indeed, Roethlisberger's whole mental state should be of great interest in that case, if only because attorneys for Roethlisberger have insisted all along that it was the alleged victim who had mental issues, not him.

They played hardball, writing in one court filing that the lawsuit was "based on the fantastical imaginings of a desperate woman with significant credibility issues." Unlike her, they said, "Mr. Roethlisberger is armed with the truth."

The Steelers apparently accepted that -- so much that coach Mike Tomlin and the team's director of football operations lined up with Roethlisberger at a press conference where he angrily denied the accusations.

The fans did, too, cheering him on as if nothing had happened.

Now, with sordid allegations of a different night of debauchery fresh in their minds, some fans apparently have issues of their own. I found that out the other day when I suggested in a column that they would welcome back Roethlisberger with open arms from any suspension.

Seems like the people of Pittsburgh are now taking the whole thing personally.

And that might make it easier for the Steelers to do what they should have done by now -- get rid of Roethlisberger while the getting is still somewhat good.

"You are right -- we supported Ben the first time around because the details were sketchy, the allegations came so late after the incident itself and the accuser's credibility was questionable at best," Steelers fan Ian Riggins wrote in an e-mail. "This second allegation, though, throws the first into a different light. Suddenly, Ben is no longer a superstar athlete who makes poor decisions that allow him to be ripe for cash grabs."

I'll leave the last part for the psychologists and the attorneys to figure out. I do know this: Roethlisberger is an awfully lucky man right now even if he misses a few games next season and loses $2.8 million from his $102 million contract.

Not that Goodell should have come down harder on him. The commissioner went about as far as he could in suspending him for up to six games to begin the season, considering Roethlisberger doesn't face criminal charges.

A better punishment might have been starting the suspension in the middle of the season when it really counts. But that would have been penalizing the Steelers when their only crime was believing in their quarterback.

Now that Goodell has acted, it's time for the Steelers to take some action of their own. The talk about the Rooneys being a family of integrity determined to run a team with integrity has to be more than just talk.

There's no need to wait for a psychological evaluation to figure out what to do. No need to groom another quarterback to take his place.

No need to con some other team out of high draft picks to ease the pain of him leaving.

Just send him packing and spare an entire city any more pain and disappointment.

"Believe me Pittsburghers are very proud of their city, the Steelers, and the Rooneys, and are willing to do what it takes to wait for a new leader even if it means losing," Dr. Glenn Bickert, a Pittsburgh native who now lives in California, wrote in another e-mail. "I know it's hard for people to understand the disapproval of Ben's behavior by the average Pittsburgher, but you'll see that their resentment runs deep."

Get rid of Roethlisberger now. Otherwise, the fans may end up running him out of town themselves.

Tim Dahlberg is a national sports columnist for The Associated Press. Write to him at tdahlberg(at)ap.org