Explained: The mysteries of the financial meltdown

With the fraud case against Goldman, the questions that puzzled Americans in 2008 are back on the front burner 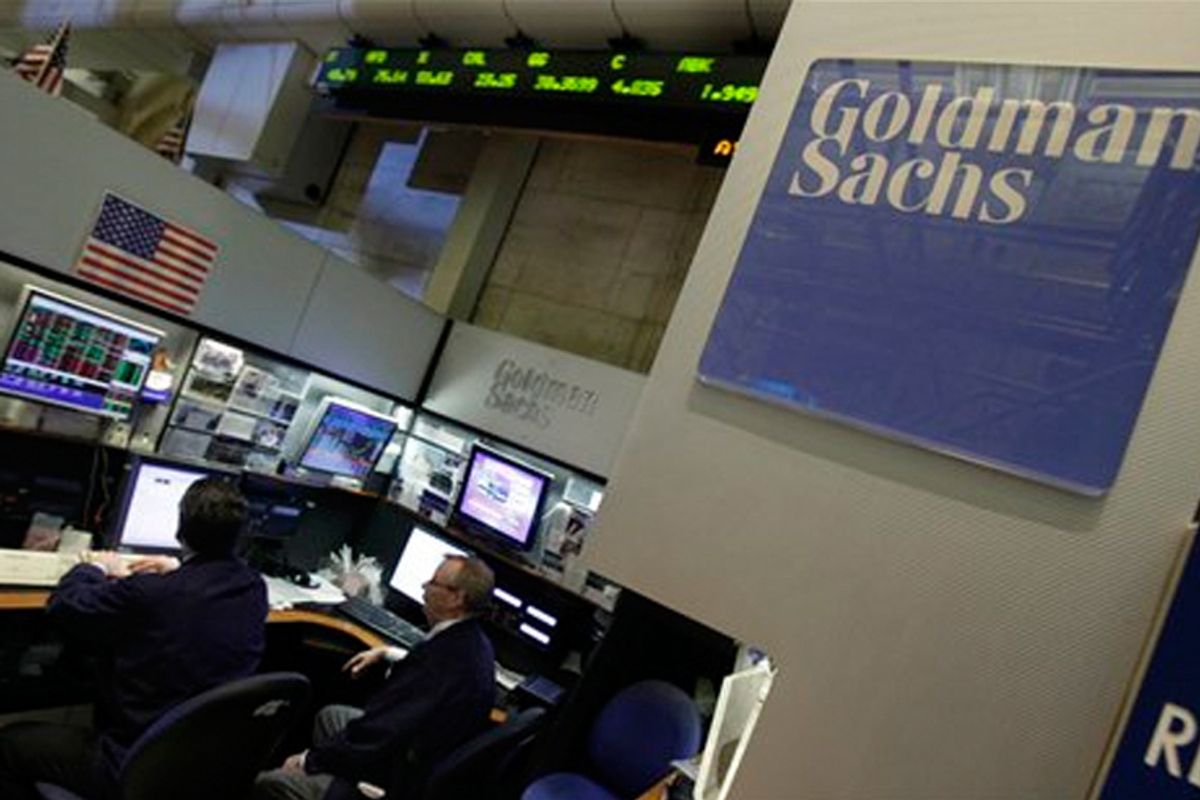 Traders work in the Goldman Sachs booth on the floor of the New York Stock Exchange on April 19.
--

There was a society of men among us, bred up from their youth in the art of proving by words multiplied for the purpose, that white is black, and black is white, according as they are paid ... For example, if my neighbour hath a mind to my cow, he hires a lawyer to prove that he ought to have my cow from me. I must then hire another to defend my right ... They never desire to know what claim or title my adversary hath to my cow; but whether the said cow were red or black; her horns long or short; whether the field I graze her in be round or square, whether she was milked at home or abroad, what diseases she is subject to, and the like; after which they consult precedents, adjourn the cause, from time to time, and in ten, twenty, or thirty years, come to an issue.  — Jonathan Swift, "Gulliver's Travels," 1726

To ordinary citizens, their attention diverted from worshiping the great god Money by such mundane trivialities as love, marriage, children, religion and baseball, the Wall Street meltdown of 2008 poses an enduring mystery. Several mysteries, actually.

How could so many allegedly brilliant people do something so dumb as to gamble the nation's — nay, the world's — financial system on shaky subprime real estate loans to millions of Americans drowning in debt? After all, as Michael Lewis points out in his trenchant book "The Big Short," "the people who worked on the relevant Goldman Sachs mortgage bond trading desk were all extremely intelligent. They'd all done amazingly well in school and had gone to Ivy League universities."

How could they not see what an obscure financial advisor named Michael J. Burry, one of several quirky Cassandras profiled by Lewis, warned his clients against in 2003? "The consequences could very easily be a 50% drop in residential real estate in the U.S. ... The collateral damage is likely to be orders of magnitude worse than anyone now considers."

By 2005, Burry, an autodidactic loner with Asperger's syndrome, had grown almost frantic: "Markets ... are erring right now by continuing to float along as if the most significant credit bubble history has ever seen does not exist."

Two weeks ago, Burry, who made a huge fortune by purchasing credit default swaps (a kind of insurance) against mortgage bonds and the investment banks who issued them, wrote a New York Times column asking why, in the second Bush administration, "the Federal Reserve chairman, the Treasury secretary, the president and senior members of Congress repeatedly underestimated the severity of the problem, ultimately leaving themselves with only one policy tool — the epic and unfair taxpayer-financed bailouts."

The short answer is ideology: free-market fundamentalism that obscured their ability to apprehend reality. Not that Democratic politicians stood on street corners preaching against collapse. Instead they, Barack Obama included, were also petitioning Wall Street grandees for campaign contributions.

It's a legitimate criticism of Lewis' book, a witty and highly entertaining work of explanatory journalism, that his contrarian heroes aren't quite as blameless as he implies. By pestering Wall Street to create and sell them credit default swaps for the purpose of "shorting" — betting against — the market, they helped drive speculative frenzy ever higher.

That said, like Burry, Lewis' protagonists were anything but secretive about their intentions. Iconoclastic investor Steve Eisman — his wife says that even by Wall Street standards, "people think he's rude and obnoxious and aggressive" — enjoyed telling smug insiders what chumps they were being.

It was during one such confrontation that Eisman grasped "the madness of the machine ... There weren't enough Americans with (bleep) credit taking out loans to satisfy investors' appetite for the end product. Wall Street needed his bets in order to synthesize more" speculative financial instruments to sell at ever-higher prices.

By 2007, most CDOs (collateralized debt obligations) sold by Wall Street investment banks were as intrinsically worthless as poker chips — essentially their function. According to Eisman's associates, "the more we looked what a CDO really was, the more we were like, Holy (bleep), that's just (bleeping) crazy. That's fraud. Maybe you can't prove it in a court of law. But it's fraud."

Which brings us to the next question: Was it, in fact, fraud for Goldman Sachs to peddle dud CDOs assembled by contrarian investor John Paulson (not profiled by Lewis, for what now appear to be very shrewd reasons) specifically for him to bet against?

That's what the government has alleged in filing suit against the Wall Street icon: That by concealing Paulson's involvement from the German and British banks who invested in the securities, Goldman also hid its knowledge of their worthlessness — saving its own skin at the expense of its clients.

Needless to say, Goldman Sachs will hire high-priced attorneys capable of arguing that Gulliver's cow is a camel.

Last question: Will they get away with it?

Arkansas Democrat-Gazette columnist Gene Lyons is a National Magazine Award winner and the co-author of "The Hunting of the President" (St. Martin's Press, 2000). You can e-mail Lyons at eugenelyons2@yahoo.com.