The remarkable resilience of steampunk 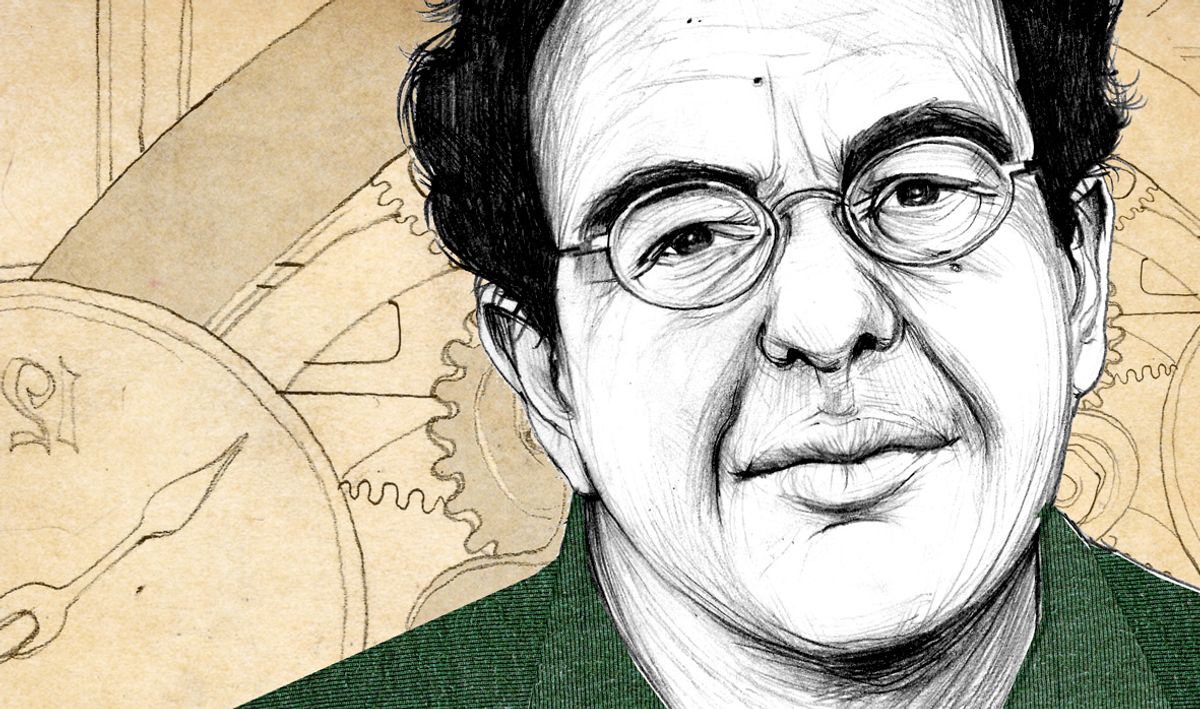 The genre -- succinctly described as a mix of archaic tech (either real or fanciful), the supernatural, and postmodern metafictional tricksterism, set in the consensus historical past or alternate timelines -- was first christened in 1987, a lifetime ago as cultural and literary fads are measured, in a letter to Locus magazine from the writer K.W. Jeter. Of course, the actual roots of the form extend back even further, perhaps as early as 1965, when a certain television show named "The Wild, Wild West" debuted.

Some literary styles and tropes wane with their cultural moment, but others have proved exceedingly long-lived, with writers continually discovering unexplored narrative possibilities within elastic bounds. Perhaps the best example is the Gothic, still with us today, and flourishing, despite being a couple of centuries old.

But steampunk has exfoliated beyond the merely literary, into the daily lives of its fans. Like Civil War reenactors or medievalist members of the Society for Creative Anachronism, "steampunks" now include those for whom the novels and stories have been superseded by cosplay, crafting, music, partying, artwork, manga, anime, feature films, and the creation of props or working hardware. For every reader and writer of steampunk fiction, there are probably hundreds or thousands of other activists who gleefully embrace some non-written manifestation of the steampunk ethos.

Generally speaking, by the time a subculture such as steampunk secures the attention of major media, resulting in extensive coverage of the craze, said phenomenon is already on the way out. But despite numerous and growing features about steampunk in the national press, such does not seem to be the case, at least in terms of fiction. The juggernaut that is steampunk, like Dr. Loveless' giant mechanical spider in the 1999 film version of "The Wild, Wild West," seems capable of crushing all naysayers.

Yet what of the literature itself -- now transformed into something of an appendage -- that spawned the movement? Has it exhausted all the radium bullets in its Gatling gun, or is fresh work still capable of surprising the reader?

Well, the latter half of 2009 proved to be a fine period for steampunk, and 2010 seems to be starting out likewise, with a new novel that manages to do some uncanny things with the genre. (As well, readers should be alerted to "Steampunk Reloaded," a forthcoming anthology compiled by Ann and Jeff Vandermeer.)

A decided treat for the eyes as well as a stimulating and joyous intellectual romp, "Boilerplate: History's Mechanical Marvel," by Paul Guinan and Anina Bennett, is one of the proofs that steampunk is far from played out. Published by art-book specialist Abrams, Boilerplate mixes a wealth of ingenious visuals with solid if relatively cautious text to produce the first steampunk mockumentary.

The premise: an inventor named Archie Campion, invaluably aided by his sister Lily and several other individuals, debuted the first working robot in 1893 in Chicago, at the fabled World's Columbian Exposition. After this showcase, Boilerplate went on to a heroic and action-packed career, participating in many of the pivotal events of the next 20 years, before disappearing in battle during the First World War.

In support of this seamless and detailed robotic biography, we get innumerable Photoshopped depictions of Boilerplate at large: posing with Teddy Roosevelt, prospecting in the Yukon, fighting in Cuba, exploring the Arctic, and so forth. Impeccably done, with precise calibrations of tone and style, these visuals are the highlight of the project, evoking the years 1893-1918 with a lusty, living nostalgia.

"Boilerplate" shares its bloodline with "Zelig" and "Forrest Gump," with Jack Finney's "Time and Again" and Chris Ware's "Jimmy Corrigan, the Smartest Kid on Earth" (the latter also involves the Columbian Exposition, and Ware's other work often depicts a robot who might be Boilerplate's brother). Full of Edisonian verve and vigor, "Boilerplate" celebrates the American spirit of invention, yet not without a certain critical melancholy.

Thick-lensed goggles of funky brass and leather are a trademark signifier of steampunk. But frequently, beyond a certain fashionableness their utility is negligible. So when Cherie Priest goes to the trouble in her novel "Boneshaker" to provide a clever rationale for the existence and prevalence of such eye-gear, you know you're in for a meticulously conceived and executed ride.

Seattle, 1863: the giant tunneling machine of mad inventor Levi Blue manages to destroy a sizable portion of the city and unleash a subterranean gas -- the Blight -- which zombifies all who inhale it. (The gas is made visible through, naturally, those goggles.) The citizens respond by walling off the infected district and leaving those trapped inside to die -- or worse. Sixteen years later, Blue's ostracised widow, Briar, lives in the ghetto just outside the wall with her teenaged son Zeke. Intent on clearing his father's name, Zeke takes off one day across the wall, and Briar has no recourse but to follow.

Priest's steampunk wasteland is playfully and productively anomalous. Generally, the genre likes to focus on intact and functioning societies, whether dystopian or mundanely civil. Her depiction of the interzone as an outlaw realm of freedom, however dangerous, evokes the punk dream of life outside establishment strictures -- a dream too often actually neglected in the genre that borrows half its name from that music. The horror tropes are another entertaining divergence from standard steampunk templates.

Likewise, the parallel domestic quests of mother and son (Priest divides the action in half between Zeke and Briar) is a freshening of both motivation and character from the rote adventurers the reader often encounters in this type of tale.

Priest's small, carefully constrained sphere of action (some widening dialogue pertains to the Civil War still raging back East, long after our version had ended) does, however, feel claustrophobic and slightly unambitious at times. But within that limited domain, she manages to impart a vivid sense of strangeness and adventure.

Cherie Priest's brand of steampunk featured an adolescent protagonist whose actions were circumscribed within a tiny venue, in a book that nonetheless sported a fully adult texture. Contrastingly, in "Leviathan," Scott Westerfeld's youthful, globe-hopping heroes star in a book staunchly aimed at a big-screen-friendly YA audience, mightily abetted by gorgeous B&W illustrations from Keith Thompson. That's merely the beginning of the differences that serve to illustrate the wide range of steampunk.

Westerfeld paints his picture on a realpolitik canvas absent from Priest's domestic frame. The year is 1914, and war is imminent, upon the assassination of Archduke Franz Ferdinand and his wife. But aside from that, all is different in this alternate continuum. The Germans and their allies, known as "Clankers," have perfected super-mechanized craft of war. The British, or "Darwinists," rely on bioengineering: aerial whales, souped-up tiger draft beasts, and so forth. Garnering our attention among the Clankers is Prince Alek, only child of Franz and commoner Sophie, on the run from the Austrian Emperor. Among the Brits, Deryn, a young girl masquerading as a male midshipman in the imperial airforce. Their personalities are fierce and real, their inevitable meeting staged nicely and with zest.

Cleverly overlaying Bruce Sterling's famous Mechanist/Shaper dichotomy upon 20th-century history in a warping fashion, carefully allotting sympathy to both sides of the conflict, staging both small- and large-scale scenes with finesse and aplomb, Westerfeld steadily builds a world that we soon accept as totally real and palpable. His inventiveness with the details of the competing imaginary technologies renders the rival paradigms sharp and bristly, with the complex stakes involved plain to see.

The first in a series, "Leviathan," as the author says in his Afterword, does indeed truly utilize steampunk's ability to address both past and future simultaneously.

For certain readers, a light bulb of recognition will likely flare during the opening pages of Dexter Palmer's eccentrically fantabulous debut novel, "The Dream of Perpetual Motion." Our hero, Harold Winslow (currently imprisoned in an ever-aloft zeppelin), is introduced as a nebbishy writer of greeting-card sentiments whose pre-work anxiety forces him to ride a "shrinkcab" to the office ("Shrinkcab's fleet of drivers are all rigorously trained in clinical psychiatry and licensed to dispense prescriptions…") amid a landscape rife with mechanical men indistinguishable from humans.

Dexter Palmer has had the brilliant inspiration to meld Philip K. Dick with steampunk.

In a story that moves from one unpredictable moment to another (the author himself even makes a metafictional appearance), Palmer deploys all the trademark Phildickian riffs with wit and grace: the manipulative, demiurgic industrialist (Prospero Taligent); the devouring love interest (Miranda Taligent); the put-upon Everyman accidentally at the center of the storm. But the thrilling novelty is that they occur in a fully realized steampunk milieu (with a refreshing 1930s veneer: take the kludgy teaching machines young Winslow is subjected to, for example) evoking the creations of another off-kilter mind: Terry Gilliam.

The ex-Python gets too little credit as an outlier of the steampunk movement. Films such as "Time Bandits" and, essentially, "Brazil," certainly share affinities with hardcore steampunk, and Palmer echoes Gilliam's method, moving his characters through an insulting, humiliating, and needlessly complex and hostile environment -- in this case, the city of Xeroville. But, as in Gilliam's films, it's also an environment that offers glimpses of magic and wonder: consider the Nickel Empire, a vast amusement park where every astonishing treat and improbable ride costs precisely one five-cent coin, and where young Harold's destiny is first intertwined with that of the capricious Miranda.

Crafting his prose as finely and evocatively as Nicholas Christopher or Mark Helprin, Dexter Palmer conjures up a new flavor of steampunk, showing us that there's a tumble yet in the clanking, hybrid Victorian bawd.