He tells Salon: "They want anyone who disagrees with them to fear their wrath. To fear being blacklisted" 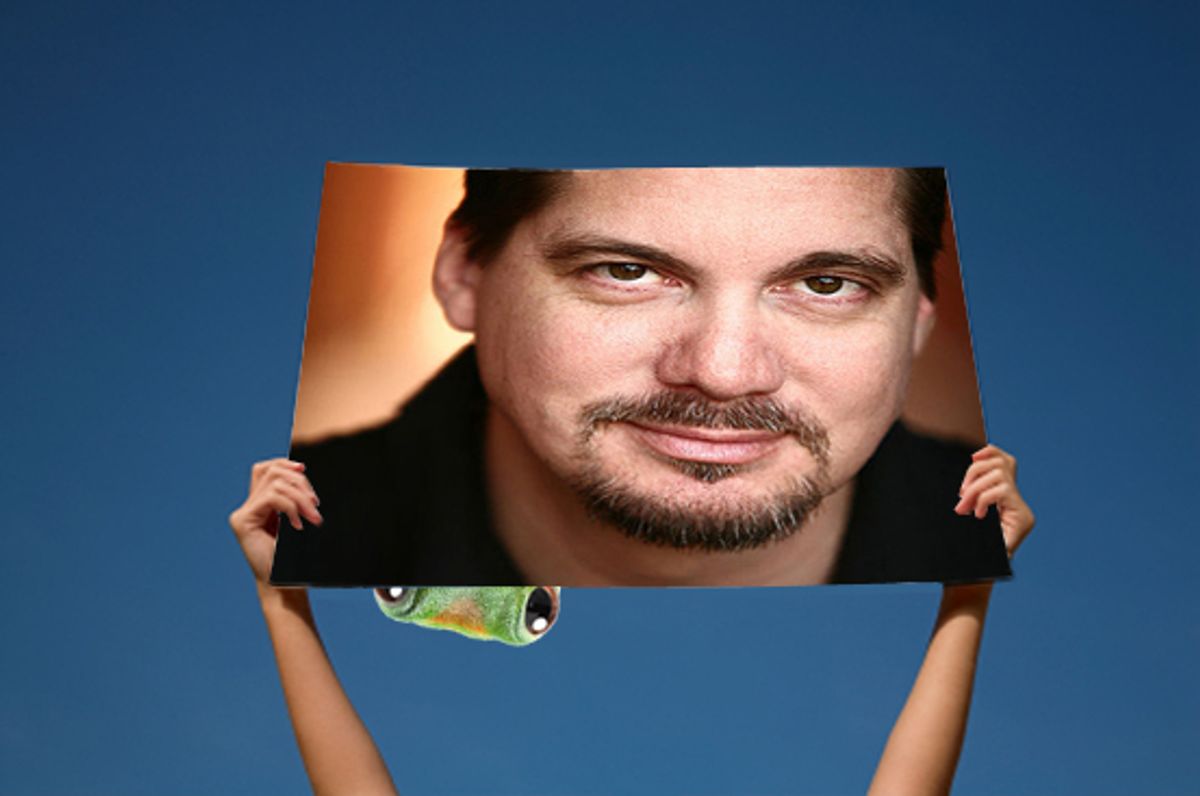 The now-former narrator for GEICO ads, DC Douglas, just lost his gig with the insurance company after he used his deep, voice-over-quality tones to make fun of the Tea Parties. Salon interviewed Douglas by e-mail.

Was GEICO right to fire you?

I will say it was well within their rights. Whether they made a "right/moral/ethical" decision is not mine to say. Not sure which your question is implying. I hold no animosity towards them. I certainly wouldn't want any outside group telling me how to run my business -- left or right. However, an extreme right-wing attack machine -- FreedomWorks -- decided to do just that with GEICO over a voice-mail message.

Unfortunately, since I went public with the unethical practices of Matt Kibbe, liberal GEICO customers seem to be canceling their policies in response, too. Obviously, I never wanted them to deal with any policy cancellations over this, ever. But Matt Kibbe decided to exploit my GEICO connection for some quick publicity. I decided to extend that publicity to expose their, to borrow a phrase, un-American activities.

The phrase "mentally retarded" is a controversial one. Is it ever OK to use it?

I guess that depends on who is judging your words. It's about political correctness. The clinical term refers to individuals with an IQ below 70. To say someone was mentally retarded is to speak of their IQ. To call someone "retarded" or, say, "you're a retard," are pejoratives. Matt Kibbe, in a series of conflations, insinuated that I called them "retarded killers." That served his cause -- to anger his more radical followers into boycotting GEICO (again) in hopes the media would get his name and FreedomWorks into the news cycle.

Whether someone gets upset when the phrase "mentally retarded" is used or not is purely dependent on how that person perceives the person using it. Some would say, "You wouldn't call up FreedomWorks and ask how many members have MS," etc. But many people do jokingly refer to themselves or others as having Alzheimer's or senility when they can't remember or find things. Had I used that word, would Matt Kibbe have posted about it? Yes. If I hadn't worked for GEICO? I highly doubt it.

In response to your situation, a marketing expert told the Toronto Star that employees "should be very careful if they are making a comment in the virtual world or anywhere that could be misconstrued as being representative of the organization's position." Would you agree with that statement?

If I'm working at McDonald's and I spout off about how FreedomWorks is manipulating the true Tea Party members, etc., while I'm serving an egg McMuffin, then I agree wholeheartedly. But if I'm at home, off the clock, commenting about it on HuffingtonPost or some other message boards, then no.

In the commercial world, if an actor is hired as the spokesman, then what they do publicly can directly impact the sales of that corporation's product, depending on how high-profile both the spokesman and public act are. As a spokesperson (who is compensated nicely) you understand this. It's a trade-off. I don't think anyone considers voice-over people spokespersons. Regardless, if your readers agree, at the time I left my voice-mail message I did not work for GEICO. I hadn't been on any of their spots since 2008.

I was hired in April to voice a new campaign for them and I posted about it on my fan page the day we recorded. Twelve hours later Matt Kibbe posted his inflammatory blog post, merging the GEICO gecko and a Hitler/Obama poster in the post's picture (and posting my phone number with an encouragement to call me and GEICO). If you look at my blog post about it, the timeline reveals Matt Kibbe's true intentions.

Do you fear a blacklisting resulting from this controversy?

Excellent choice of words. If I did, I wouldn't have gone public. That's what Matt Kibbe and FreedomWorks want. They want anyone who disagrees with them to fear their wrath. To fear being blacklisted. It seems the irony of their purported patriotic goals contrasted with their fear tactics is completely lost on the media. That's why I am talking to the press. That's why I'm enduring the most vile e-mails and calls I've ever gotten. And let's not even talk about Fox.

As of now, I have received much support here in Los Angeles and many of my regular clients shrug the whole thing off. They can, though, because they're not on FreedomWorks' boycott list like GEICO is (for pulling their ads from Glenn Beck). They might feel different if Matt Kibbe directed his anger machine towards them.

Would you like to parlay this controversy into a new kind of job?

I am not enjoying this ride. I'm doing it because what FreedomWorks did was so egregious. They are a dangerous, McCarthy-like organization that is perverting the true nature of the original Tea Party movement for their own political ends. More of the media needs to investigate them. And the true Tea Party folks need to distance themselves from FreedomWorks if they wish to really effect positive change in this country.

I could've kept quiet about it all, as some advised, but then I would have to live with a sick feeling in my stomach for quite awhile. So I didn't. Once I think enough people have heard this story and it appears Matt Kibbe, Dick Armey and FreedomWorks are being investigated for their negative impact on our national discourse, I'll stop talking about it and get back into the booth or onto the set.

As a pitchman, do you ever feel morally compromised?

I'm not a pitchman. That would be the person on-screen representing the company. I perform voice-over or act in film and television. Now, if you're asking if I ever feel morally compromised in the kinds of voice-over work I do, the answer would be no. If it really bothers me, I pass on the project. And after all this, I doubt there will be a lot of anti-gay marriage, anti-choice groups asking me to be their voice-over guy. That's fine with me. I sleep well at night. I wonder if Matt Kibbe does.