What if Jack Kevorkian had helped my mom die?

Watching HBO's movie about Dr. Death, I couldn't stop thinking about my mother's own planned suicide 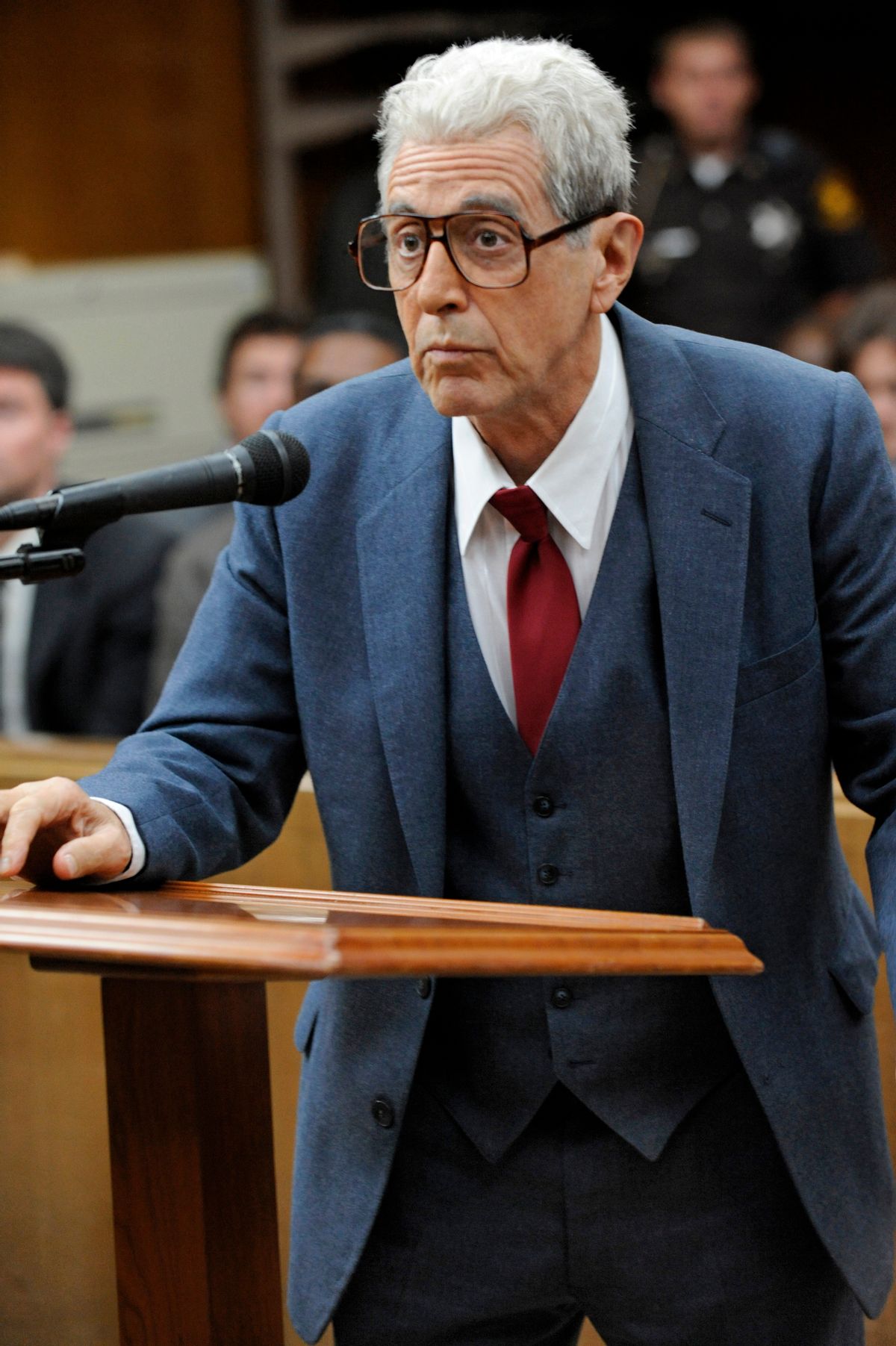 When my mother was planning how to end her life in 2001, she joined the Hemlock Society and arranged to have one of their "Caring Friends" come to her house. The meeting with Bud, an overweight man in a black suit and bolo tie, is one of the central scenes in my recently published memoir about my mother's suicide, "Imperfect Endings."

Like the Hemlock-friendly psychiatrist who had prescribed a lethal amount of Seconal for her several months earlier, Bud seemed to have no qualms about helping my mother to die. (My mother had suffered from Parkinson's for many years but was nowhere near death.) But it was what Bud proposed that disturbed me the most.

My mother would need to be alone in the house with only one person there to let him in, he explained. On the designated night, he and another volunteer would arrive with a plastic bag, tubing and a canister of helium.

"Then," he drawled, pulling out what looked like a dirty white headband, "your mother puts the plastic bag over her head, feeds the tubin' up underneath it and puts this band around her neck to secure it. She then reaches down and releases the valve on the canister of helium. The helium will cause her to fall unconscious in just a few minutes. When she's dead, we take the plastic bag, the helium and everythin' and leave the house. You call the medical examiner's office to certify that she's dead, and we're done."

Much to my relief, my mother seemed to realize that Bud was not the last person she wanted to see on Earth and she did not, ultimately, choose this route. But after spending my Saturday night watching "You Don't Know Jack" on HBO, I had to wonder: If Dr. Kevorkian had been available, would he have been the next person my mother turned to?

Fortunately, I never had to find out, as "Dr. Death" was languishing in a jail cell in 2001. Three years earlier, he'd made the rather bizarre decision to kill one of his patients (Thomas Youk) by injecting him with potassium chloride. Up until then, Kevorkian had helped patients kill themselves by flipping the switch on his "mercitron" (a kind of death machine) or inhaling gas -- again activated by the patient's own hand.

Compounding the situation, Kevorkian filmed Youk's death and gave the footage to "60 Minutes." Why did he do this? It seems that both he and his cause were fading from the limelight by then, and he couldn't bear it. In other words, it was a media stunt, pure and simple, one that landed him in jail for eight and a half years. (He was released in June of 2007 at the age of 79.)

Besides being something of a media hound, Kevorkian (played by Al Pacino in the film) was also a full-on eccentric with a major social gene missing. "There's nothing further to be gained from talking to you!" he shouts at Janet Good (Susan Sarandon), a Hemlock Society supporter who is clearly an ally, but isn't willing to let him use her house as a site for one of his mercy killings. And he seems to have an almost pathological fear of food.

"This is full of fat and sugar," he grouses to his lawyer when he is handed a piece of pie. "Are you trying to kill me?"

"Just eat the fucking pie, Jack," the lawyer shoots back, clearly tired of the skeletal Kevorkian's ascetic eating habits. (In another scene, he growls, "Decaf is for cowards.")

But while much of the humor in the movie comes from showing Kevorkian's odd, antisocial behavior, there is clearly much to admire about the man -- at least as he is portrayed by the screenwriters for HBO. In fact, the whole movie is something of an apologia, starting with the title, which is a fragment of a longer title: "Until You Know the Whole Story, You Don't Know Jack."

So, while we see many instances of Kevorkian's self-aggrandizing behavior, we also see his compassion, even tenderness, when shepherding his patients through the last moments of their lives. "It's not too late to stop now, my dear," he tells Janet Adkins, the first woman he helps to die, who seems to hesitate before switching the valve on the lethal canister of gas at her side. "You wouldn't offend me." And then, when she determinedly pulls the switch, he strokes her hair as she dies, a moment that brought me to tears.

And time and again, we see his deep commitment to ending his patients' suffering: his deep belief that he is helping them fulfill a basic human right to choose death over suffering. When his sister objects to his helping Adkins because her early dementia makes her a difficult first "test case," he demands: "But what about her? Who cares what people think. It's what my patient feels."

It's also revealed that much of what motivated Kevorkian was guilt over having allowed his mother to suffer at the end of her life. "I failed her," he tells Good in a rare moment of introspection. "She once said to me, 'Imagine, Jack, the worst toothache in the world. Now imagine that toothache in every bone in your body.'"

This is one of the great strengths of the film: We see Kevorkian's sense of mission and his compassion, but also his self-delusion and hubris. In the most brilliant scene in the movie, we see him confront defeat. Having insisted on representing himself against murder charges in the Youk case, he quickly finds himself in way over his head. Unlike previous court cases, he is not being accused of assisted suicide but of murder, and it's almost as if Kevorkian cannot comprehend this. Pacino, who is fabulous throughout, with his flat Midwestern twang and awkward gait, is completely riveting as he leans over the defense table, taking on and off his glasses, his face a study of exhausted defeat.

So why, given all Kevorkian's strengths, am I relieved that my own mother's path to "self-deliverance" never led to Kevorkian's door? Well, just as I hated the idea that "Bud" might have been the last person my mother saw on this earth, I feel the same way about Kevorkian.

This is largely due to one scene that was so disturbing, I only hope to forget it as soon as possible. It happens about halfway through the movie, when Kevorkian has switched from the "mercitron" to gas. In an attempt to save his meager supply of it, he builds a plastic box to intensify the effects of the gas. In this scene, he places the box over the head of an elderly man with emphysema and then reacts impatiently when the box grows unbearably hot and the poor man rips it off his head, shouting, "Take it off, take it off." In the end, realizing that he is only coming back to the same hell, he agrees to place the box back over his head. His head soon drops forward against the plastic contraption as his wife cries out in horror.

Having talked to Derek Humphry about the plastic bag/helium option that he describes in the most recent edition of his assisted suicide manual "Final Exit," I understand that it does not have to be so terrible. But what really bothered me in this scene was Kevorkian's cold response, not only when the man was dying, but afterward when his friend, Neal Nicol (John Goodman), chastises him for trying to "cut corners."

"These are my decisions to make, Neal," he snarls. "Mine alone."

Now, I understand that this is a movie, not a documentary, and I can only hope that Kevorkian’s impatience with the process didn't override his usual compassion the way it was depicted in this scene. But this scene was so repulsive to me -- perhaps because I can imagine a scenario where that was my mother under Kevorkian's plastic hood -- that for all of the movie's careful efforts to show Kevorkian in a good (if imperfect) light, I was no longer buying it. I still believe in what he fought for -- the legal right to have a physician help you end your life in a quick and compassionate manner -- but in the most profound way, getting to "know" Jack was to find him pretty repellent.