While we debated "South Park," a Dutch court protected a group's right to publish Holocaust-denying comics 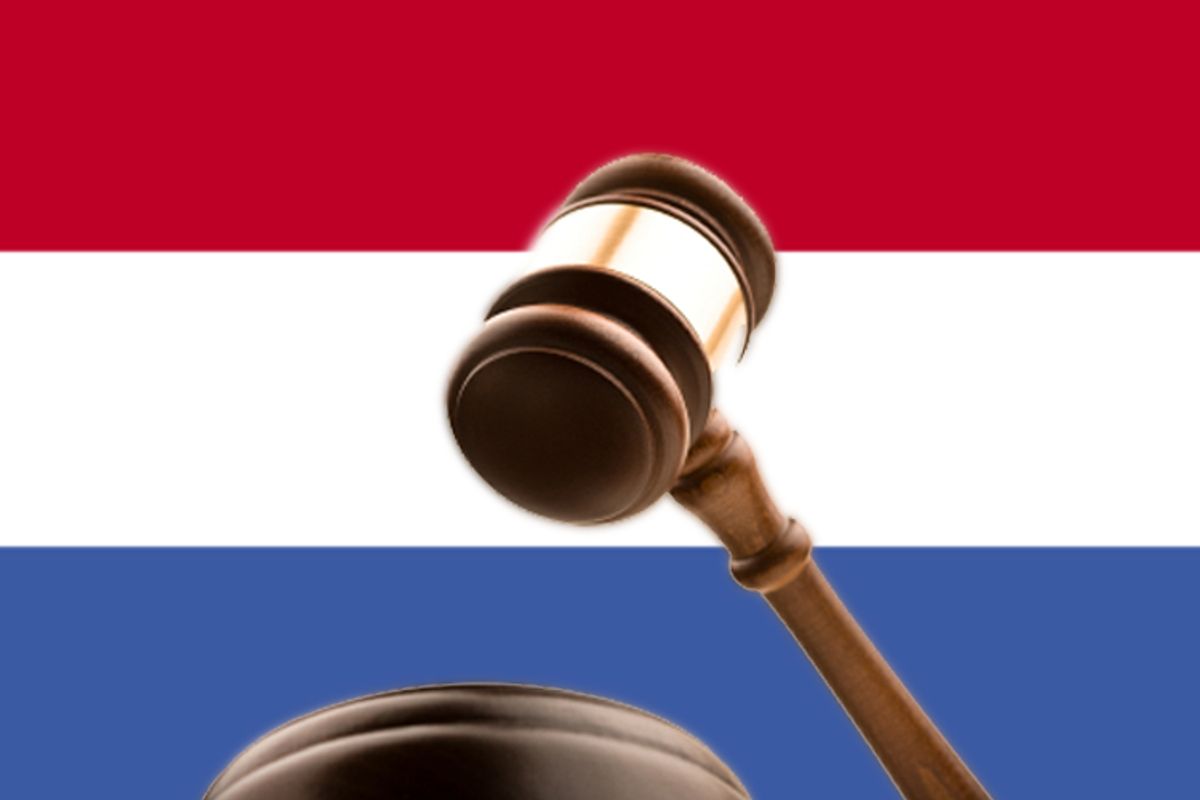 All the media attention swirling around supposed death threats against the makers of "South Park" over a caricature of the prophet Mohammed overshadowed another story last week that might have a lot more to tell us about relations between the Muslim world and the West.

Back in 2005, the Danish newspaper Jyllands-Posten famously published a series of cartoons poking fun at Mohammed, which led to a global backlash resulting in the boycott and destruction of Danish products and over a hundred lost lives. A few months later a Pan-Arabist and anti-Zionist organization in Holland calling itself the Arab European League published its own set of cartoons ridiculing the Holocaust on its website in order to illustrate "the double morals of the West during the Danish cartoon affair." The group wrote:

1- The issue for us is not about depicting the prophet or any other theological consideration. It's about stigmatizing a whole population of more than one billion Muslims through portraying their symbol as being a terrorist, megalomaniac, misogynic and a psychopath. This is Racist, xenophobic and calling for hatred against Muslims.

2- We do believe in Freedom of speech but we think that respecting sensitivities and being constructive is also an added value to a democratic society. We are against laws oppressing any form of expression no matter how appalling it is.  Nevertheless, we condemn the selective indignation of Europe's intellectual elite and population. When anti-Muslim stances are made or published this is perceived as freedom of speech and cheered and supported but when other sensitive issues to Europe like the Holocaust, anti-Semitism,  homosexuality, sexism and more are touched, Europe's elite is scandalized…

5- Arabs and Muslims are facing occupation on the hand of the west, oppression on the hand of the dictators often supported by the west and aggressive colonization by the Zionist and appartheid state of Israel. Adding symbolic offence to factual aggression is responsible for the tension that we are witnessing today. Any attempt to understand the cartoon's issue out of the current international context is completely missing the point.

A Hague-based group calling itself the "Center for Information and Documentation Israel" then filed a formal complaint in Amsterdam, saying that the publication of the Holocaust cartoons was "a nightmare for the thousands of Jewish victims of the Holocaust who are still alive." The AEL in turn argued it was merely going after the West's own "sacred cows," referring to a disclaimer it had posted stating that "in our cartoon campaign we do not endorse any anti-Semitic, homophobic or sexist stands. All we are trying to do is to confront Europe with its own hypocrisy using sarcasm and cartoons."

Last Thursday a Dutch court ruled in the AEL's favor, stating that "The context in which this cartoon was published takes away from its criminally offensive nature." So that appears to be that.

So, let's take a look at these infamous caricatures: So, are you shocked and appalled and already heading out the door for the nearest courtroom? Or, like me, are you merely surprised at how weak and downright incomprehensible they are? I mean, I've seen far better on the pages of (junior) high school newspapers! It beats me why anyone would bother taking these guys to court – couldn't the money be better spent on giving them a couple of drawing lessons?

And yet – that's also how I felt about the original Mohammed caricatures. While I will always support a free press as far as I have to go to protect it, the Danish campaign – which was intended as a deliberate provocation – always seemed petty and mean-spirited to me, and the global reaction was a foregone conclusion. There was certainly nothing about those spectacularly unfunny drawings that could ever deserve the name "comics," and the same goes for the AEL's trashy Holocaust caricatures. You see, genuine comics charm and delight us. They make us laugh as they teach us about human nature. Thoughtful strips like "Doonesbury" and "Peanuts," and clever political cartoons by such skilful artists as Pat Oliphant and Tom Toles – as hard-hitting as they sometimes are – enrich our lives while exercising our smile muscles. And then there's the kind of toilet graffiti that tears down and demeans – and no one so much as the "artist" who sprays his or her message out into the world like an unpleasant body odor. And that's the kind of "comics" I'm talking about here. They just aren't funny.

Okay, I'm going into utopian mode now. Be sure to close the skylight before I head off through the roof! But it seems to me that if we could somehow harness the power of comics to laugh at our own foibles and take the occasional jab at our respective holy cows – just as Daniel Barenboim is using the power of classical music to bring Israeli and Palestinian young people together in his West-Eastern Divan Orchestra – we would all be a lot farther ahead than we are at the moment.

A while back, an old comedian explained to me the difference between German humor and Jewish humor. In German humor, he said, you always need a victim. Whether it's Jews or Poles or blondes, somebody has to bleed. In Jewish humor, by contrast, you always make fun of yourself. Guess which kind is funnier.