Bank reform should only be the start

Finally, reregulation of the financial sector is on the table. But why stop there? 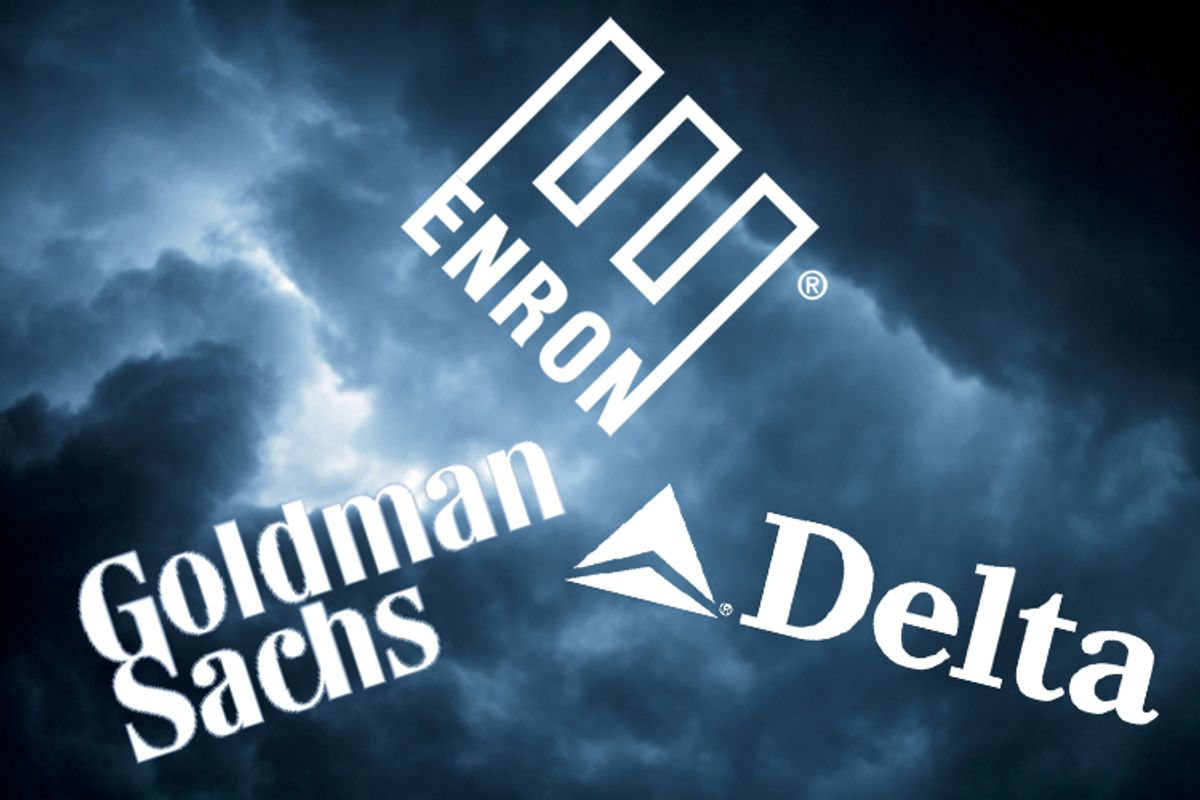 The deregulation of the American financial industry that began in the 1970s is now widely viewed as a disaster. Even Bill Clinton has admitted that the supporters of deregulation in his administration, like Robert Rubin and Larry Summers, gave him bad advice. Slowly and reluctantly, prodded by popular anger against the bankers who wrecked the world economy, some of the beneficiaries of Wall Street donations in American politics -- including Barack Obama and leading congressional Democrats -- are moving toward reregulating banking and, for the first time, imposing regulation on the out-of-control shadow banking system.

While reregulating the financial industry should be the priority, the disastrous record of deregulation in other industries should not be forgotten. Beginning in the 1970s, Democrats and Republicans alike dismantled the regulatory systems that a previous generation of Democrats and Republicans had constructed in the 1930s and 1940s. In electricity generation and distribution, airlines and trucking, as well as finance, the conservatives and neoliberals of the last generation dismantled New Deal-era regulations. Entranced by a naive Econ 101 view of markets, the champions of deregulation promised market miracles that did not happen while failing to foresee disasters that did.

Consider the case of electrical power deregulation. New Dealers like Franklin Roosevelt, who fought rapacious power companies both as governor of New York and as president, considered electrical utilities to be natural local and regional monopolies. The New Dealers believed that power supplies could be entrusted only to tightly regulated private utilities or cooperatives like the Tennessee Valley Authority (TVA) and the Lower Colorado River Authority (LCRA). To prevent the private utilities from exploiting their natural monopoly status, their rates were set by commissions. Modest but guaranteed profits gave them the resources they needed to maintain and expand their infrastructure. This was the last industry, one might think, where zealous free-market fundamentalism in the spirit of the economist Milton Friedman might make inroads.

Perhaps because it was such a challenge to their ideology, free-market radicals attacked the regulated monopoly structure of the power industry. They argued that the production and distribution of electricity should be separated, so that many competing electricity producers could use the same grid of power lines. Never mind that this reduced the incentive and ability of the utility that owned the power lines to keep them in good condition. The radicals of the free-market right found allies among environmentalists, who were duped into believing that deregulation would permit them to sell significant quantities of power from their Priuses and rooftop solar panels to consumers in a decentralized green libertarian utopia.

The biggest winners of public power deregulation, however, were not aging hippies selling renewable energy to the grid. They were predatory companies like Enron. The late Ken Lay’s criminal enterprise quickly figured out how to game the partially deregulated California energy system. Enron’s staff secretly came up with code names for different kinds of schemes to bilk California’s consumers: Black Widow, Death Star, Get Shorty. Thanks to these machinations, California suffered "rolling blackouts" in 2000. Studies showed that retail electricity prices went up more in states with deregulation than in those without. This would have come as no surprise to the mid-century New Deal liberals who devised the regulatory systems that the neoliberal Democrats and conservative Republicans tore down.

A similar story can be found in other utility industries. In the 1970s, for instance, President Jimmy Carter and Sen. Edward Kennedy pushed for deregulation of airlines and trucking. Lawmakers in the New Deal era had considered these to be public utilities that were essential to the operation of the economy. In order to avoid boom-and-bust cycles and to ensure a degree of stability and modest guaranteed profits, the New Deal architects of regulation were willing to sacrifice perfect competition and cut-rate prices for consumers. They achieved these goals by means of "price-and-entry" regulations, which limited the number of companies and compelled them to compete on service rather than price.

But the New Deal reformers had not foreseen Ralph Nader. Nader and other single-issue consumer advocates made the short-term interests of consumers the be-all and end-all of government regulation. Like the environmentalists who fantasized about selling electricity from electric cars in California to organic poultry farmers in Maine, Naderite pro-consumer liberals provided useful bipartisan cover to the right-wing libertarians who sought to tear down all restrictions on the market. Democratic economists who were swept up in the market utopianism of the last third of the 20th century joined the radical right in supporting the dismantling of the New Deal regulatory state.

In transportation, as in electricity generation and distribution, deregulation produced quite different results from those predicted by its proponents. During the era of airline regulation, not one U.S. airline had gone bankrupt. Following deregulation, to the surprise of the naive academic economists who had supported it, bankruptcy became a perennial feature of U.S. airline companies.

The consumer advocates and the academic economists who had supported airline deregulation had assumed that the result would be more service to more places by more flourishing carriers. Instead, as elderly New Dealers might have warned them, the result was the rise and demise of hundreds of undercapitalized airlines that gave the term "fly by night" a new, ironic meaning. The small cut-rate carriers that did endure clogged the runways, contributing to the ever-worsening congestion of American airports.

The big airlines that survived the Darwinian chaos did so by acting as classic predatory monopolies. They made deals with cities to turn particular airports into "fortress hubs" through which most of their national flights would be routed, further adding to congestion. At the same time, they ended flights to many cities, which withered like the towns in the 19th century that were bypassed by the railroads.

Defenders of deregulation argue that these are mere inconveniences that are outweighed by the low ticket prices that Americans pay. If regulation had survived, they argue, only the affluent would be able to fly, as in the bad old days of well-paid, polite stewards and decent meals. But other countries and regions in Europe and Asia with state or state-regulated airlines prove that mass air travel for ordinary people does not require a chaotic, unregulated non-system like that of the U.S.

In some areas, to be sure, deregulation made sense because of new technologies or market conditions. The telephone industry, for example, was a natural monopoly, like the electric power industry, as long as transmission depended on wires to the home. The AT&T monopoly made sense in those conditions, but its rationale disappeared with the advent of wireless phones. In trucking, unlike in airlines, the barriers to entry are low and the case for price-and-entry regulations was weak, although critics claim that since deregulation the trucking industry has exploited underpaid, dangerously overworked drivers.

The financial industry, then, is not the only industry in America that needs to be reregulated. Re-creating the particular regulatory systems devised by the New Deal reformers of the 1930s is not necessary. But today’s policymakers need to learn the lesson that painful experience taught the New Dealers: that the simple-minded Econ 101 model of markets, in which competition among numerous small producers who lack monopoly power inevitably produces low prices and greater productivity, only applies to some areas of the economy. Econ 101 markets exist in produce. They do not exist in finance, or electricity, or airline travel, or healthcare, and they cannot be created, no matter what libertarian economists may claim. The free-market model does not work in these industries, and because they are essential to the economy and society as a whole, they should be treated as public utilities, not as commodity markets.

Turning banking from a lawless casino into a regulated public utility again is the priority. But that is only the first step in rejecting the failed free-market utopianism shared by center-right New Democrats and Republicans. Barack Obama has called for a "new foundation." The new foundation must be the kind of New Deal regulation that made possible the mid-20th century Golden Age of the American economy.

Michael Lind is policy director of the economic growth program at the New America Foundation and co-author of "The Radical Center: The Future of American Politics."