A nice girl's guide to getting ahead

Debate over whether women should act more like men, or vice versa, ignores that we all could use a better balance 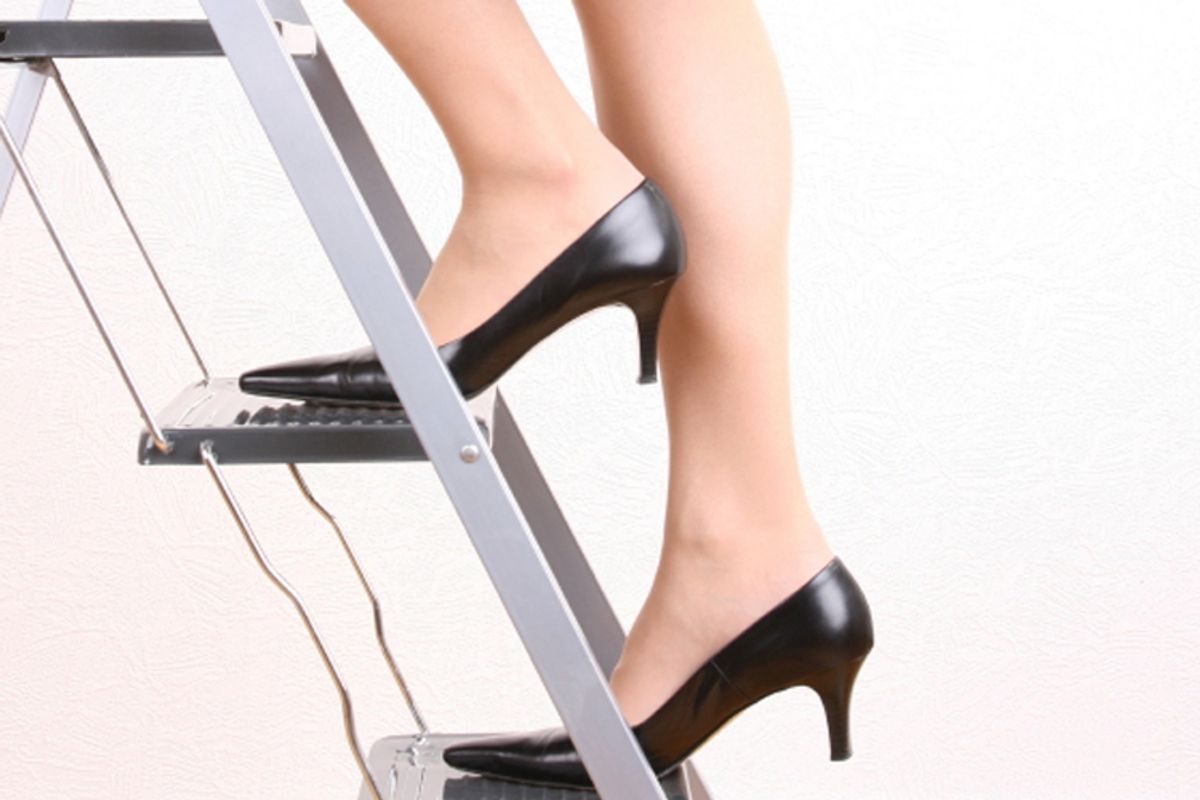 In the New York Times on Monday, University of Massachusetts and Amherst economics professor Nancy Folbre took on questions of what impact personality traits, as opposed to simple gender difference, have on the continuing salary disparities between men and women. Folbre points out that the recent bank meltdown, in which many of those destabilizing the country’s economic base were enjoying tremendous financial reward for it, demonstrates that those profiting hand-over-fist were not being paid for their intelligence or innovative ideas. Instead, they were being rewarded for self-interested or malevolent impulses to sell out others to profit themselves. Many of those impulses were exhibited by men, whom Folbre writes, "score significantly higher than women" when it comes to exhibiting aggressive and Machiavellian behaviors increasingly associated with personal economic success.

Folbre's post picks up a conversation kicked off earlier this year by Clay Shirky's "Rant About Women," in which the NYU professor observed that his female students were less likely to advertise their own abilities in glowing terms or to bat back criticism with self-righteous assuredness. Shirky's concern was that "not enough women have what it takes to behave like arrogant self-aggrandizing jerks." In turn, Businessweek writer Cathy Arnst offered a business perspective on Shirky's post, citing a 2007 study that found that 10 years after college graduation (having controlled for number of hours worked) women were earning 12 percent less than men, in part because "Women expect less and negotiate less pay for themselves than do men." Arnst also cited a British study that found that women who adopted "a masculine, alpha-female approach" in the office out-earned their more sweetly dispositioned lady colleagues.

In the Times, Folbre argued against the notion that women should start adopting a "Machiavellian personality" to promote increased financial reward, arguing that the agreeability and altruism exhibited by women, while having deleterious impact on their earning potential, is actually better for society, and a good bargain to boot, since more selfless professional women offer "valuable services at a lower cost than those who work for money alone." Which is precisely the problem. Redressing it, Folbre suggests, should include a concerted effort to reward nice (i.e., feminine) behavior, and to make "stronger efforts to penalize bullies and cheats."

The conversation about what would be different if women acted more like men or men acted more like women, or if one sex could stand in for another in any given profession is all very compelling. But as many of those who tussled over Shirky's piece pointed out at the time, among the things we need to consider as we engage in that exchange is how we teach masculinity and femininity to begin with. Only when we begin to unpack the messages we send to young people about what behaviors we value in women versus those we value in men can we begin to find some more reasonable (and equitable) balance.

By the time I realized, as a young working woman, that being a classic good girl was going to land me in more work for slightly less pay, there wasn't much I could do to alter my fundamentally conscientious, perpetually guilt-ridden, grateful-for-a-job sense that I should always be working harder than I was, and that I was probably already being overcompensated for whatever I was doing.

The fact is, we tell women that being good people involves agreeability, cooperation and a little bit of self-sacrifice. In addition to telling them to be polite and deferential, we teach little girls from the beginning that life is going to be hard and involve compromise. This dose of realism is not terrible; it girds us for some hardship along the way. But it also lowers expectations for remuneration and recognition. Despite those who say that women have lately been told that they could "have it all," that promise has, in my experience, always been accompanied by caveats that a) we probably can't, b) if we do, it's going to be incredibly difficult, and c) that if we somehow do manage to achieve any kind of satisfaction or balance, we should be damn grateful. Gratitude, I've found, is not an attitude that results in promotions and raises.

By the same token, for too long, we have told boys that they are superheroes, that there will be no building too tall for them to leap. This may be great when they go in and demand enormous raises with an aggressive assuredness that wins it for them, but it does them no favors when they encounter challenges -- from pay cuts to unemployment -- that leave them feeling surprised and powerless. We still teach boys a degree of physical domination from the time that they are on the playground. When they win at something -- a pinewood derby or a football game -- we cheer them. We teach them that their task is not to cooperate but to win, to profit, to provide.

While I resist the notion that there is any "natural" way for women or men to behave, I'm also not imagining some gender-free future in which women and men exhibit identical patterns of response to situations economic and personal; I am not arguing against the impact of testosterone versus estrogen, or the oft-observed fact that some kids like to play with trucks and others like to play with dolls, and that quite often that preferential difference falls along gender lines, even when there have been strenuous attempts to counteract socialization that would make that so. What I'm talking about is really assessing the ways we teach children to move through the world when it comes to matters of personal achievement and work.

So much about gender evolution -- from professionally powerful women to stay-at-home dads -- that makes many people nervous about disappearing differentiation, leads them to run defensively toward the far ends of the gender spectrum. Even if we're trying to address inequitably gendered patterns, we often wind up assuming that the gentle and bullish assumptions about how women and men behave will always prevail, and that we must futz around between those radically opposed poles, rather than trying to temper both extremes or simply reassess the basic ways we talk to our children, teach our students, and evaluate our younger colleagues and employees.

Rather than congratulating women for being lovely human beings and rewarding men for being hard-charging winners, or making an effort to send the opposite messages to each, it might do everyone a bit of good to be taught healthy self-confidence alongside responsibility, cooperation and civility -- impulses that should not be gender-coded, and that might serve us all well, in life and at work.