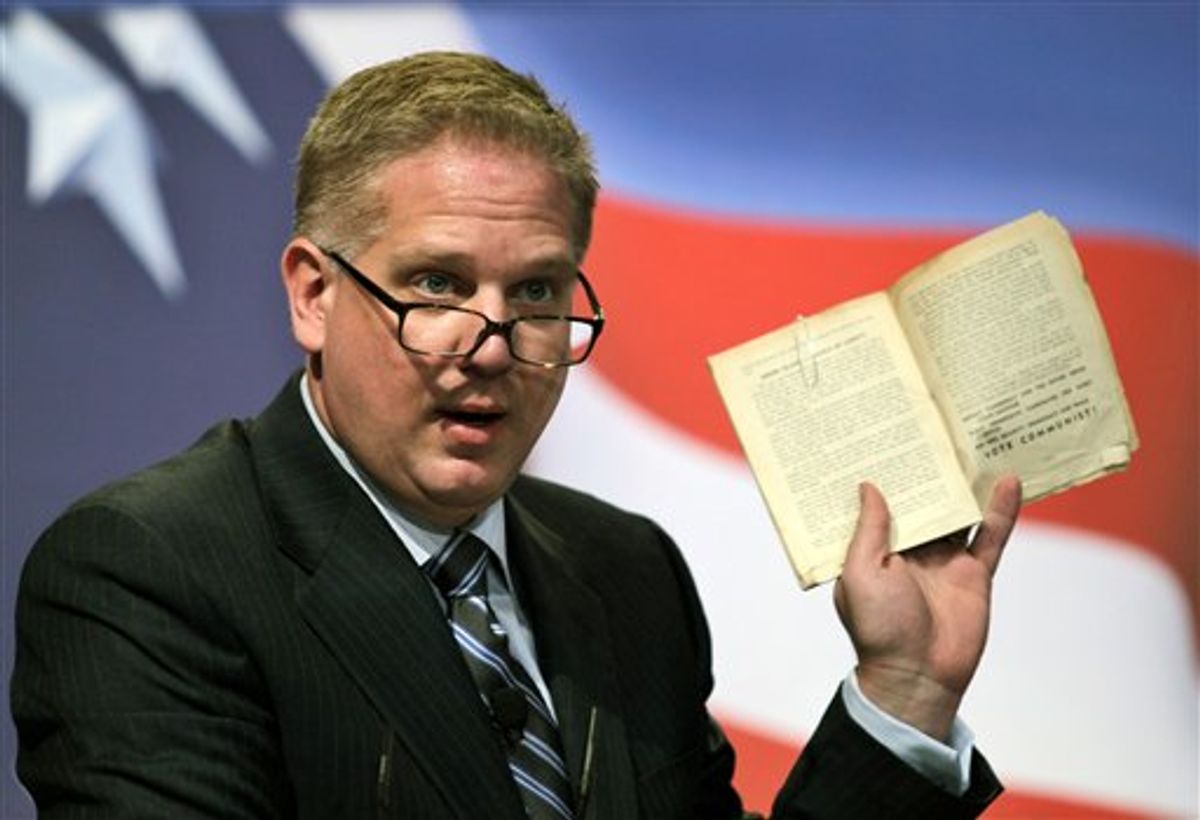 Why are conservatives beating each other up all over the blogosphere these days? A couple of  weeks ago, Julian Sanchez, a libertarian writer at the Cato Institute, proposed that the right wing is stuck in something he called "epistemic closure" -- a condition that consists, more or less, of only talking about politics with people who will confirm already-held notions. The idea has really taken off. At the Atlantic, the studiously objective Marc Ambinder asked Monday, "Have conservatives gone mad?" He pointed out that the most effective critics of President Obama, on issue after issue, seem to come from his left.

I want to find Republicans to take seriously, but it is hard. Not because they don't exist -- serious Republicans -- but because, as Sanchez and others seem to recognize, they are marginalized, even self-marginalizing, and the base itself seems to have developed a notion that bromides are equivalent to policy-thinking, and that therapy is a substitute for thinking.

Well, that's not fair, replied the New York Times' Ross Douthat, who's often touted as a member of that rare breed, the thoughtful, heterodox conservative. Douthat argues, in essence, that maybe the most-quoted critics of the president on the right aren't necessarily the sharpest, but there is good stuff out there on the right, if you know where to look. Conservatives are at least capable of making good arguments grounded in reality.

Among the examples Douthat cites is writer Jim Manzi, who's carved out a niche for himself as a sophisticated critic of action on climate change. It's not that the problem isn’t real, according to Manzi. It's just that the cure is worse than the disease.

On Saturday, Manzi wrote a post at the Corner, the National Review Online's group blog, about epistemic closure, in reference to Mark Levin, radio host, Corner contributor and right-wing ideologue, and Levin's book "Liberty and Tyranny." Writing about Levin's discussion of global warming, Manzi bloodied him up so badly that you almost feel bad for the guy.

I get that people often want comfort food when they read. Fair enough. But if you’re someone who read this book in order to help you form an honest opinion about global warming, then you were suckered. Liberty and Tyranny does not present a reasoned overview of the global warming debate; it doesn’t even present a reasoned argument for a specific point of view, other than that of willful ignorance. This section of the book is an almost perfect example of epistemic closure.

(Still with me? We’ve gone from Sanchez to Ambinder to Douthat to Manzi, discussing epistemic closure inside the hallowed virtual halls of the National Review.)

Other contributors to the Corner, where Manzi wrote this, exploded. One accused him of giving Levin "the Pearl Harbor treatment." Another defended Mark Levin as a vital ally at a time when “Liberty actually is endangered.” The editor in chief, Rich Lowry, pointed to the debate as disproof of epistemic closure; how could this argument even happen at National Review, if epistemic closure were real?

That's not really that hard to answer. The point isn't that conservative publications are censoring dissenters. It's that they don’t take them seriously, and would prefer to talk instead about who is a friend of "Liberty," with a capital "L," and who is not. The real question, to my mind, isn't whether orthodox conservatives are interested in venturing outside their bubble or not. It's how things got to this state.

It's a distant memory now, but in the months after Obama was elected, it seemed pretty likely that the right had to have some kind of long dark night of the soul. When Sarah Palin was nominated for vice-president, it had to mean these guys had finally hit bottom, and would sober up soon.

The thing is, while it might be good for the health of a political ideology for its believers to take a trip to the wilderness for a Thoreau-style think, it isn't really ever good for a political party. Ideologies have to make sense of the world in a coherent, plausible way. Parties just want to amass power and money to distribute so they can get control and keep it. Sometimes these two goals go together.

This time, they didn't. The Republicans calculated that opposing Obama at every turn would make the country harder to govern and hasten their return to power. So why take a break for meditation? So they curtailed the president's ability to deal with major national problems. Recovery got slowed down, and Obama’s numbers declined. The plan seemed validated, and conservatism was reenslaved to the GOP agenda.

Meanwhile, though, conservatives didn't get the chance to hash out their issues. What never happened was a real thinking-through of why it was that, after years of mainly uninterrupted power for the most right-wing Republican Party in modern history, no one was happy. What was it about conservatism in practice that made it so different from conservatism in theory?

This has become the great Bush betrayal in recent right-wing memory. Glenn Beck thinks that George W. Bush, like the current president, was a "progressive." According to National Review writer Jonah Goldberg, the Tea Party movement itself is "a delayed Bush backlash." The idea has taken root that if only conservatism in the genuine article had been represented in government, the disasters of the 2000s would have been averted. By this reasoning, the problem with Bush was that he sold out to the left.

But here’s the thing: The imagined treachery of the Bush administration was obviously, in some way, integral to how Republicans held power. True, Bush could have opposed Medicare Part D, but he probably would have lost in 2004 had he done so. He could've vetoed the bank bailouts of late 2008, but he would have discredited his party as thoroughly as Herbert Hoover did the GOP at the outset of the Great Depression. (Hoover and his Treasury secretary, Andrew Mellon, opposed bailing out the reeling financial sector on grounds of free-market principles. Mellon even sort of thought the crash was a good thing, in that it would clear out the underbrush choking the economy. If people would only grit their teeth and wait it out, he promised, everyone would be better off down the line.) Bailouts are unpopular, but 25 percent unemployment is a downright public opinion calamity -- the kind of thing that risks revolution, rather than just a lost election. If Bush had blocked the bailout and the country had sunk into depression, the GOP would have been locked out of government well into the 2020s. And if John McCain were president in 2009, you can bet he would have been pitching Congress on some kind of stimulus.

Running a modern country involves making various compromises, necessarily. Regimes have to incorporate and tame their opponents. They have to eat their vegetables. But orthodox conservatives want to have dessert for dinner, and the KFC Double Down for breakfast.

And this is the heart of the "epistemic closure" issue. Conservatives somehow slipped out of 2008 and 2009 without facing the demons left over from the Bush administration. They got to tell themselves that their leaders had betrayed the true faith, and they took as validation of their fantasies Obama's declining popularity and the growth of the Tea Parties. Ironically, both the Tea Parties and the president's popularity are more like artifacts of the right-wing bubble than disproof of its existence. Had Republicans decided to engage and negotiate with the president, rather than run a blitz, the country might well be in better shape, Obama would probably be more popular, and it'd certainly be harder to claim that he was masterminding the end of American democracy.

But epistemic closure is about playing make-believe. That's why most conservatives can't come up with criticisms of Obama that make sense to people outside the movement, and the conservatives who can do that get little credit from their peers. What this is, it seems, is a speculative bubble in conservative orthodoxy. As long as unemployment is high and Obama is still in power, the mainstream conservatives can keep telling themselves they made the right bet. But inevitably, either the economy will rally and Obama will too, or conservatives will actually come to power. Either way, their inflated, self-flattering purism will come crashing down like the value of a tract house in the Tampa suburbs. Like any bubble, it would've been better to pop this thing at the start. But now that they've made this bet, the right wing's fundamentalists have to swear by it.