Oklahoma, where women's rights are swept away

Two new antiabortion bills are enacted, and more are on the way 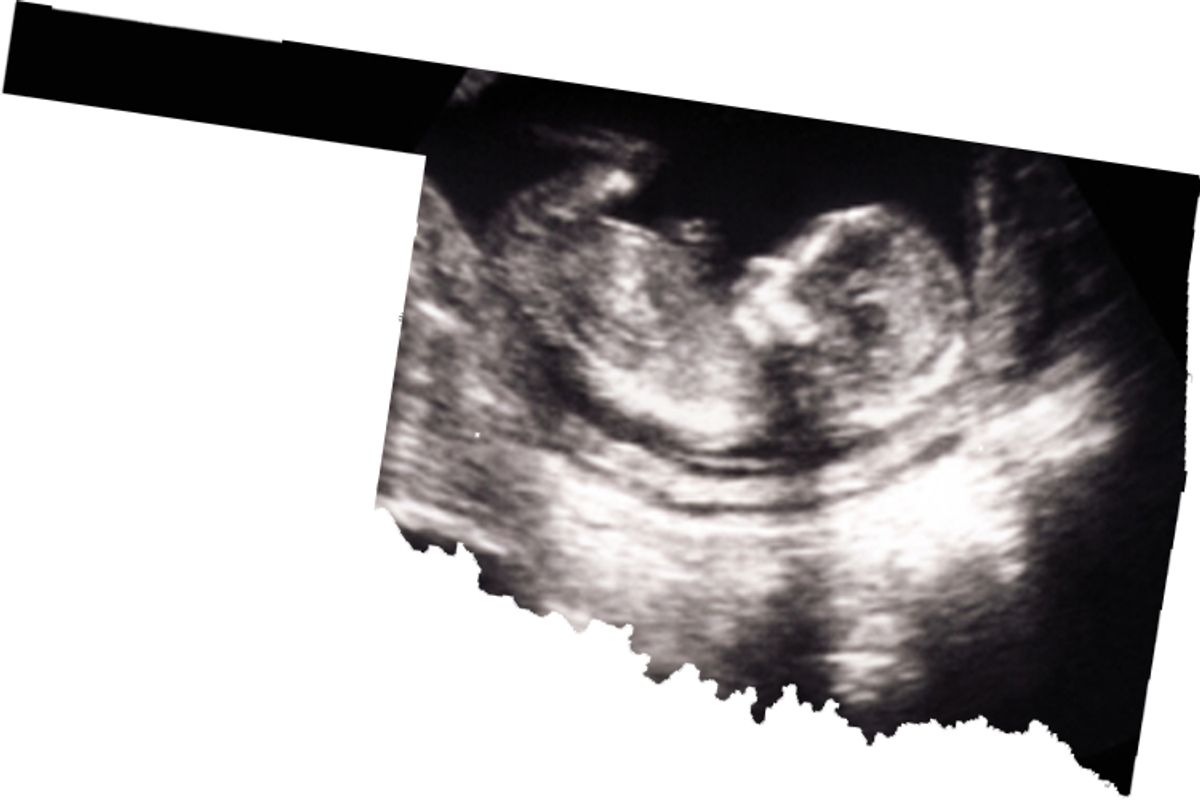 On Tuesday, Oklahoma's Legislature passed two abortion laws previously vetoed by the governor for being unconstitutional. The Republican majorities in both houses are not letting that inconvenient Constitution get in the way of the crusade against reproductive choice, though. One of the bills requires that before having an abortion, a woman must view an ultrasound as the doctor points out the various parts of the fetus. Even incest and rape victims are barred from opting out. The other law bars women from suing doctors for concealing information about a fetus's birth defects during pregnancy. In other words: Doctors are totally free to pretend the fetus is perfectly healthy in order to prevent a woman from aborting. For serious. There are people in this world who think that is ethical, defensible behavior.

But wait, there's more. The Legislature is considering two other antiabortion bills. One limits insurance coverage for abortions; the other requires women to fill out an extensive questionnaire about her reasons for having an abortion, and the results are then published online for all the world to see. They are both expected to pass. As the New York Times reports, "the various pieces of legislation would make Oklahoma one of the most prohibitive environments in the United States for women seeking to end a pregnancy, advocates for women and family planning said." Wonder if they'll put that fun factoid in state tourism ads.