Pa. GOP Senate candidate will attend a fun outdoor event where folks can shoot their guns at symbols of liberalism 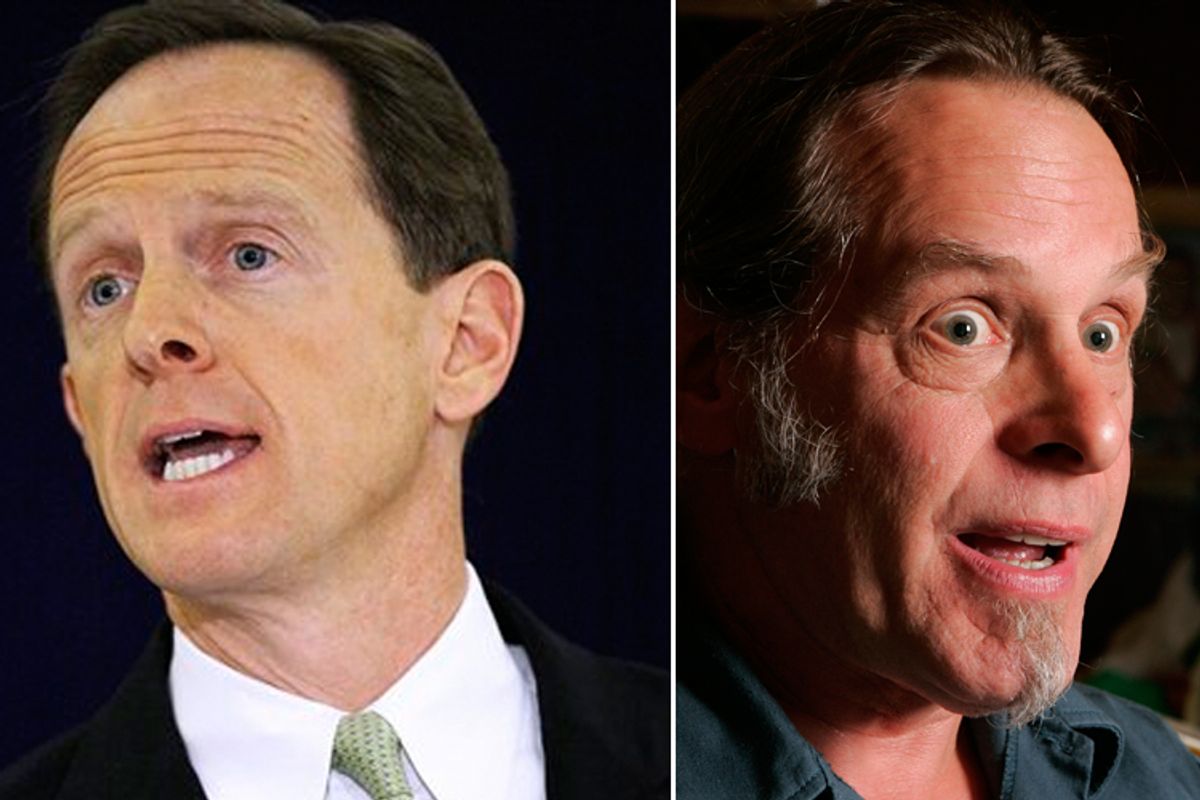 Last week during my star turn on "Morning Joe," Mark Halperin asked who were the "gun nuts" Eugene Robinson referred to in a critical column about the Tea Party. I had an answer: I said they were the fools who marched in a national park near Washington, D.C., to protest President Obama's plans to take away their guns -- when in fact it was Obama who signed the law legalizing their carrying guns in a national park.

But now I have a better answer: Gun nuts are the folks sponsoring "LiveFreePA," a fun-filled gathering May 8 where participants can shoot their guns at old cars that represent bad liberal ideas like gun control, healthcare reform and property taxes, as well as taxes and regulations on tobacco and alcohol (h/t BuzzFlash).

"It's just a unique way to say we're against these policies -- shooting them down," organizer Nate Benefield told a Lancaster paper. "I don't really know where we came up with it, but it seemed appropriate." "Appropriate" isn't the word I'd choose, but hey, it's a free country.

Apparently, Ted Nugent headlined the first LiveFreePA event last year. This year, they've lowered ticket prices, hoping for a larger, family kinda crowd. Remarkably, admision includes not only breakfast and lunch, but beer and cigars  -- but you have to bring your own guns and ammunition, or bows and arrows. There will also be a cannon.

It's fine with me if Ted Nugent fans want to gather with beer, cigars and guns. But it's really unbelievable that the leading GOP Senate candidate, Pat Toomey, is slated to attend. Benefield reports that GOP gubernatorial candidates will also show up. One Democratic candidate for governor, Jack Wagner, reportedly planned to attend but pulled out, in what can only be described as an attack of common sense. Five other Democrats, including Sen. Arlen Specter, Rep. Joe Sestak and gubernatorial candidate Anthony Williams, were invited, but declined.

Where are the Republicans with the guts to ask Toomey to decline this invitation as well? You can check it all out and even register -- or register your opposition -- at LiveFreePA.org.