The Brat Pack actress talks about John Hughes, her new advice book and what she wishes she'd known as a teenager 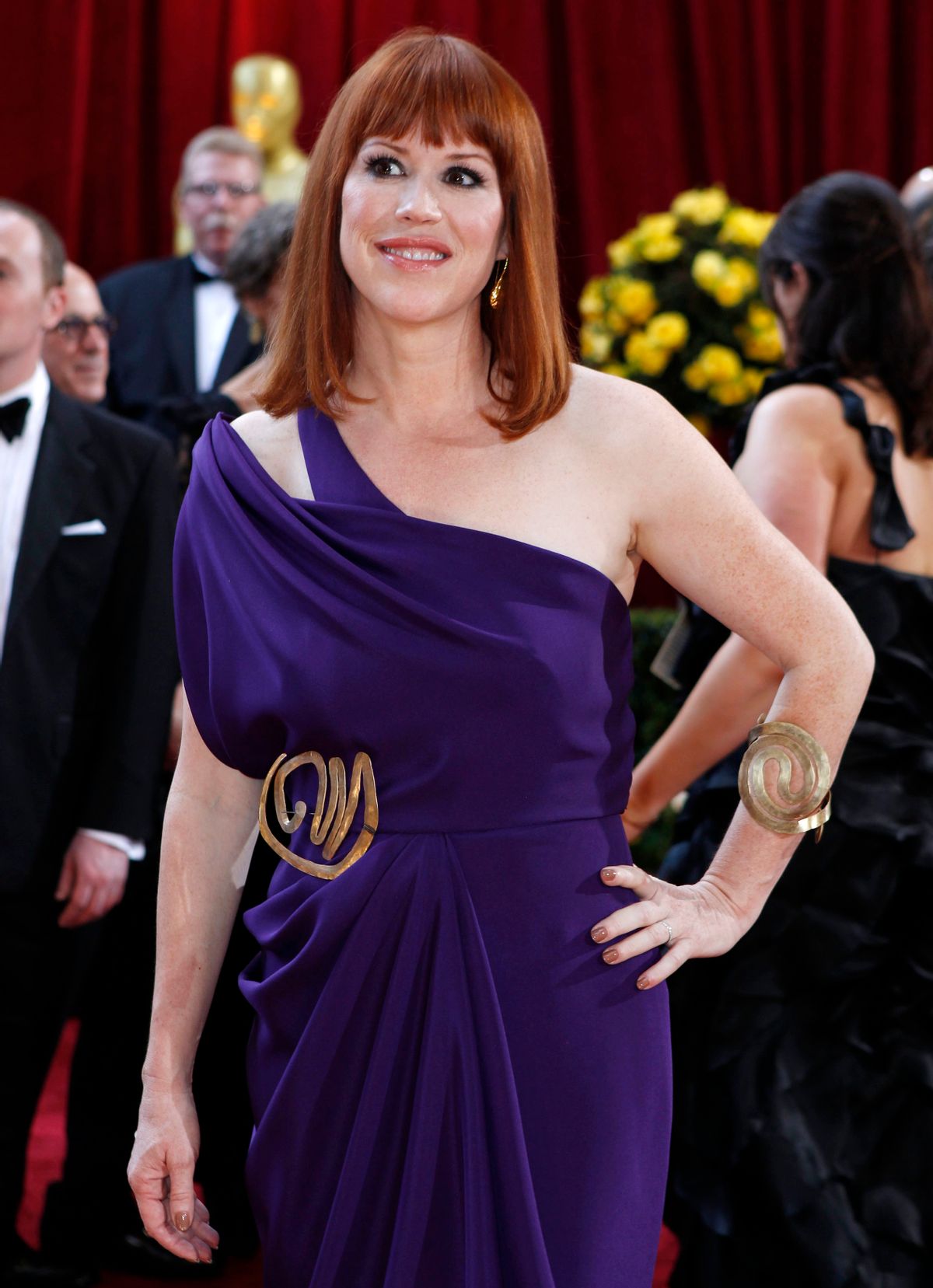 At 16, Molly Ringwald was an icon. Her life in front of the camera began at 11 years old in "Facts of Life," but it was a trio of John Hughes films so classic they hardly need naming -- "Sixteen Candles," "Breakfast Club," "Pretty in Pink" -- that made her the face of the American teenager: vulnerable, hopeful and feisty.

To many, that face is frozen in time -- but in fact, Ringwald is 42 years old. Her first book, "Getting the Pretty Back: Friendship, Family, and Finding the Perfect Lipstick," is not a tell-all about her infamous adolescence but a warm and chatty guide to aging gracefully. She sprinkles details about her personal life throughout -- about the e-mail romance that led to her second marriage or her stint in culinary school -- but the book also dispenses wisdom on topics from how to wear a beret to staring down the big 4-0. Salon e-mailed with Ringwald to talk about motherhood, John Hughes, and what she wishes she would have known when she was younger.

What surprises people most about your book?

That I can write. I think when people hear about a celebrity writing a book of any kind, the assumption is that it was dictated to a ghostwriter. Though I can't speak for anyone else, I will say that, in my case, I struggled and faced the blank page just like any other writer.

When I was turning 40, I felt that there were no books out there that hit the spot in terms of what I wanted to read. It is such an interesting moment in any woman's life -- the moment when you can really no longer call yourself an ingenue. For me it is like the halfway point ... It's complicated, but doesn't necessarily have to be dark and gloomy. So I set out to write the book that I wanted to read. I wanted it to be fun, and sexy, and colorful. And I also wanted it to be relatable, kind of like sitting with a good friend and recalling moments, both light and serious, while you share a great bottle of wine. I'm in a somewhat unique position where many people feel like they grew up with me, so I felt that people would take the book in the spirit with which it was written.

When people talk about you they're often talking about your work in the 1980s. What is it like to have people stuck on this image of you as a teenager?

For me it's just a fact of life. But I also feel that has been changing as well, especially lately.

The last couple years of your life seem to have been particularly eventful -- aside from publishing this book, you've had twins and gotten attention for your role in "The Secret Life of the American Teenager." How does it feel to have the public eye refocused on you?

A little daunting, but I do feel that being an adult makes it easier.

How did having children change the way you think about the way kids are portrayed on TV and film?

I'm an unusual case since I acted professionally as a child. That said, I can't help but be uncomfortable when I see kids in violent scenes, or overtly sexual scenes. I know that it's make-believe, but having children of my own, it's hard to imagine wanting to see my kids in a film that I wouldn't feel would be appropriate for them to watch.

I thought your piece on John Hughes in the New York Times was very moving. What compelled you to write it?

What’s your favorite memory of working with John Hughes?

Everything. A memory that stands out, though, that I did mention in the op ed was trying to get through the car scene with Anthony Michael Hall [in "Sixteen Candles], and laughing so hard with John that they had to cancel the filming of the scene and come back to it.

Like everyone, your style has evolved a great deal from the time you were 16. Is there a phase that you regret?

I do regret, as I described in my book, the time that I shaved off half of my eyebrows thinking that I could draw them in better -- and they would grow back anyway. I am here to say that I didn't -- and they don't.

What's the one piece of advice that you want people to take away?

I think one of the resounding themes of the book is about how essential it is to have confidence in yourself. Whatever it is that gives you that confidence will vary from person to person, but I do believe that it is the key to succeeding at anything in life -- career, relationships, anything. Also, along the same idea, I write about how important it is to find ways to fall in love with yourself, rather than depending on something or someone else to mirror you. This is something that has taken me a long time to get, but I must say that it is also one of the advantages to being in your 40s.

What do you wish you had known when you were a teenager?

That everything would be all right.

What's the one question you hope never to be asked again?

“Has anyone ever told you that you look like a pretty Molly Ringwald?"