Relax, your girls aren't harlots yet

Despite a New York Times story on the tween makeup crisis, 11-year-olds in lipstick is nothing to get worried about 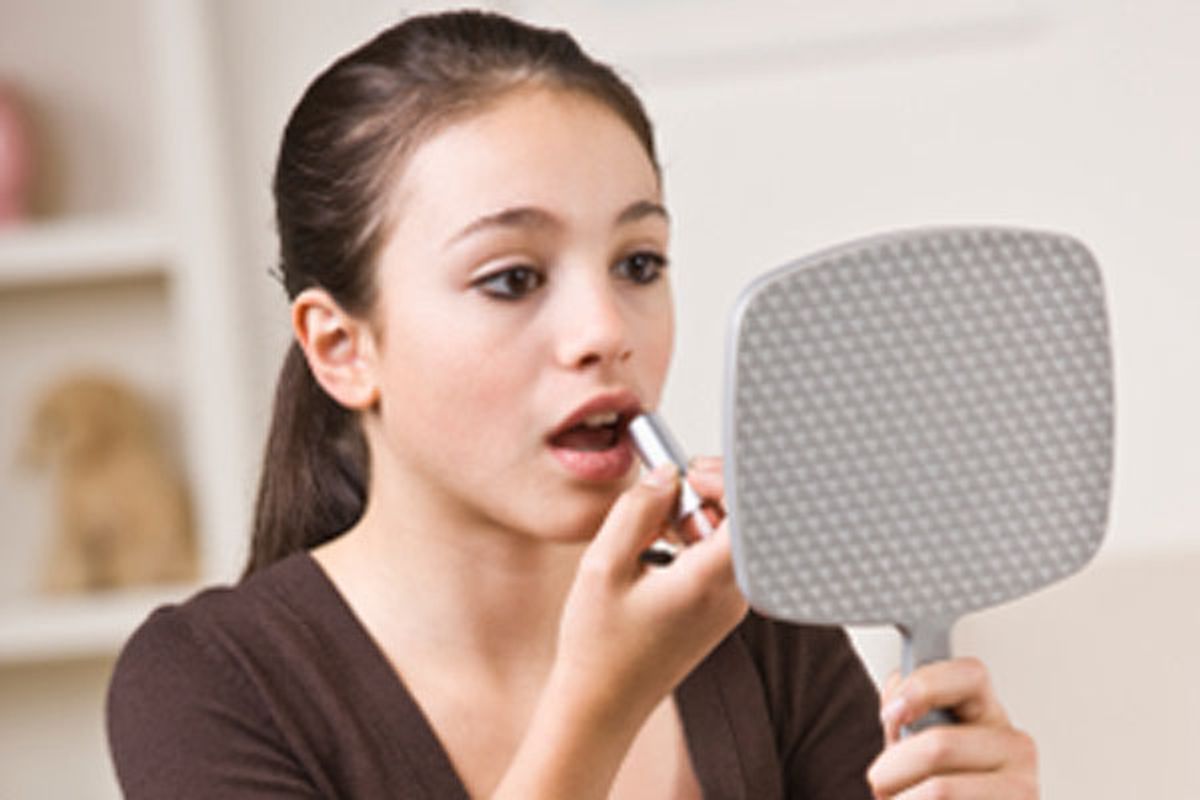 You can tell a bogus New York Times trend story when they start comparing the new craze to drug addiction. And that's what the very opening line of Douglas Quenqua's Times article on the rise of makeup use among tweens does: "It began for Alyssa Pometta, as these habits so often do, with the soft stuff. We are talking of course about lip gloss."

He doesn't exactly call Lip Smackers a gateway drug, but the rest of the piece includes plenty of hand-wringing about girls graduating from glitter nail polish to lipliner at an early age. And who's buying these 8- to 12-year-olds their first tube of the hard stuff? Their mothers, of course, who are taking their daughters to the Clinique counter for a makeover rather than banning their face-painting experimentation outright. The article puts this in, shall we say, alarmist terms:

"The choice between prohibition and harm-reduction has long divided parents on prickly issues: forbid alcohol or supervise the inevitable kegger? Preach abstinence or buy condoms? Now, the struggle shows signs of coming to a new front: the cosmetics counter."

Yeesh. Sounds pretty bad, right? Before you know it, all our 10-year-old girls will be tottering around looking like latter-day Tammy Faye Bakkers! Toddlers will look like someone hit them with a paintball gun!

Except that makeup is a far cry from unsafe sex or alcohol abuse. The idea that painting your face leads to wanton acts of harlotry is downright Victorian. Sure, no one wants their little girl growing up too fast, and the cosmetic industry's insidious messages of insecurity reaching women that young is unsettling. Is it OK to market products by zooming in on sixth-graders' imperfections? Definitely not. As my mother used to say, no 11-year-old really needs makeup (does anyone really need it?). But I don't think tweens using blush and mascara is particularly dangerous, and it's certainly not new. Nor are articles that kick up parental angst over the topic: Amy Benfer wrote about a gaggle of "pre-tween beauty crisis" stories in 2009.

For me, like most girls, I suspect, makeup use peaked between the ages of 11 and 13. The most popular birthday party activity for my fifth-grade class was visiting Priscilla's Beauty School, where I would inevitably come out with crimped hair and electric blue eyeshadow, looking like some sort of miniature '80s-inspired clown. Did I then fall down the slippery slope to TV-anchor levels of makeup? Not exactly. Junior high is when girls start playing around with makeup, but it usually doesn't lead to anything more harmful than a couple of embarrassing episodes with glitter body gel. No woman, whatever age, should feel like she needs to wear makeup to leave the house. But when measured against the other things girls face these days, eyelash curlers just don't seem that scary.