The Economist scores a design win with "Acropolis Now" 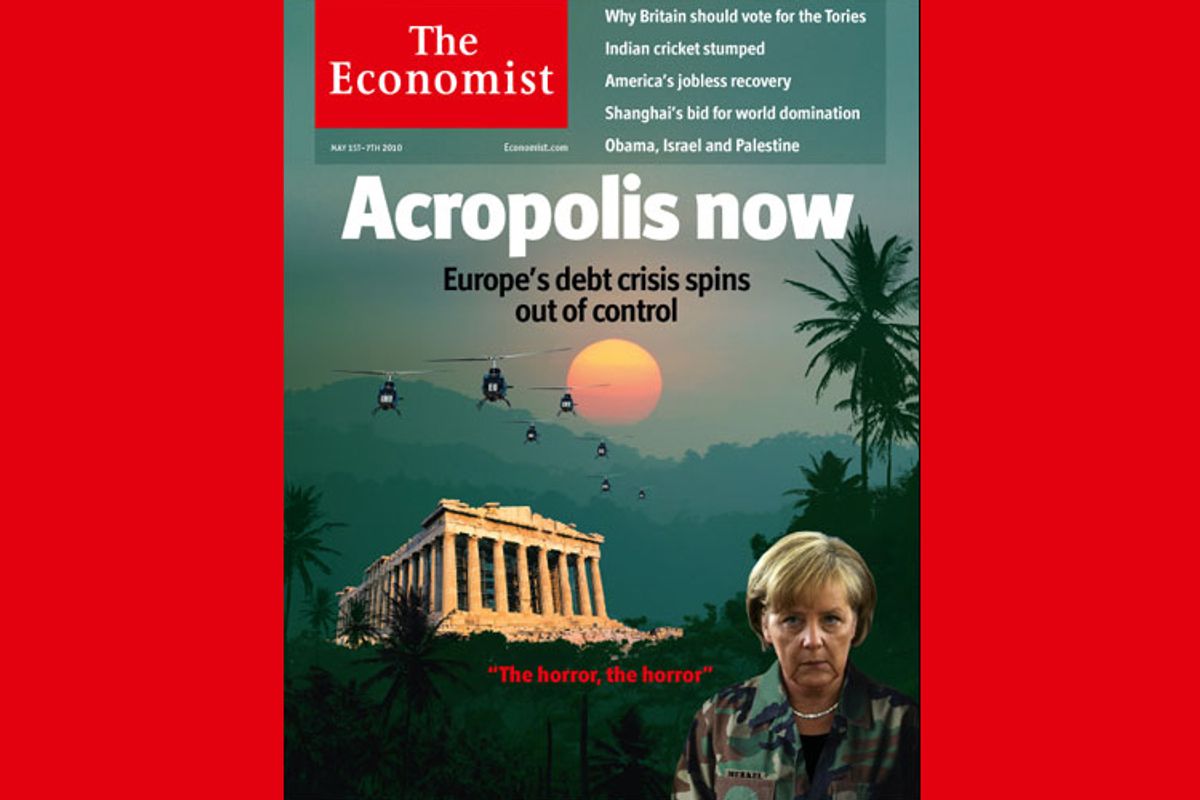 The current cover of The Economist.
--

As someone who very recently spent more than a few minutes trying to think up a good headline to describe Greece's scary financial troubles, I can only bow down in awe before the editors and art designers of the Economist magazine.

A tweet from ZeroHedge put a bevy of financial journalists into rapture this morning: "Acropolis Now" -- complete with a fleet of helicopters bearing down on the Parthenon, a grim-looking Angela Merkel dressed in camo, and the all-too-appropriate sub-headline "The horror, the horror" -- is one of the best cover illustrations I've ever seen -- especially when you consider that the topic is a sovereign debt crisis.

As for the crisis itself -- this morning's news suggests that the IMF and the European Union will drop plenty of cash from those helicopters. But the conditions imposed on Greece will be brutal. Tax hikes, cuts in government welfare spending and employment, pension cuts... the Greek economy will likely be forced to shrink by about ten percent over the next few years.

Because, you know, the IMF has to destroy Greece in order to save it.

(For a full-size rendition of the cover, go to Economist.com and click on the "enlarge" button beneath the image of the new magazine in the upper right hand corner of the page. You may be asked to subscribe. Ignore that message and try again.)