After Louisiana oil spill, Obama adviser says new drilling will wait until the cause of explosion is found 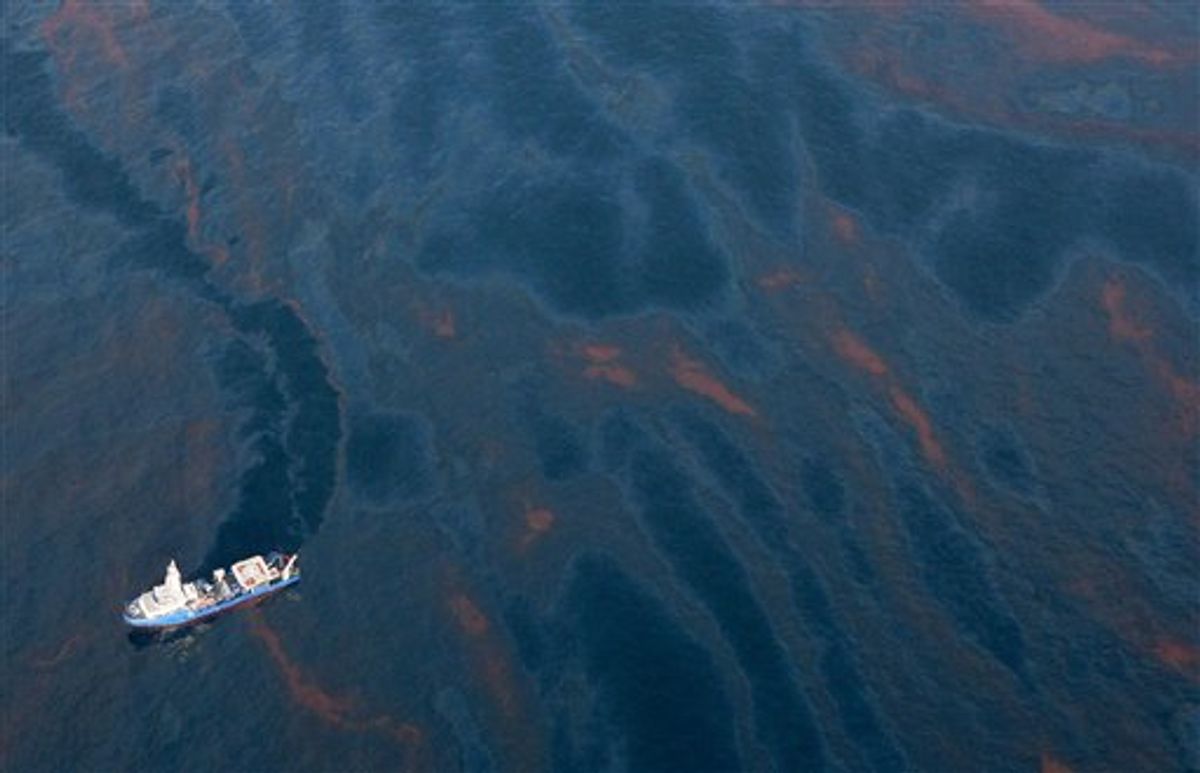 This April 28, 2010 photo released by Greenpeace, shows an aerial view of the Gulf of Mexico south of Louisiana, where oil leaking from the Deepwater Horizon wellhead continues to spread. The massive oil spill in the Gulf of Mexico is even worse than believed and as the government grows concerned that the rig's operator is ill-equipped to contain it, officials are offering a military response to try to avert a massive environmental disaster along the ecologically fragile U.S. coastline. (AP Photo/Greenpeace) NO SALES, NO ARCHIVE, FOR EDITORIAL USE ONLY, NOT FOR MARKETING OR ADVERTISING CAMPAIGNS (AP)
--

A top adviser to President Barack Obama says no new oil drilling will be authorized until authorities learn what caused the explosion of the rig Deepwater Horizon.

David Axelrod also defended the administration's response to the April 20 accident, saying "we had the Coast Guard in almost immediately."

He deflected comparisons with the government's slow response to Hurricane Katrina in 2005, telling ABC's "Good Morning America" that such speculation "is always the case in Washington whenever something like this happens."

Obama recently lifted a drilling moratorium for many offshore areas, including the Atlantic and Gulf areas. But Axelrod said Friday "no additional drilling has been authorized and none will until we find out what has happened here."