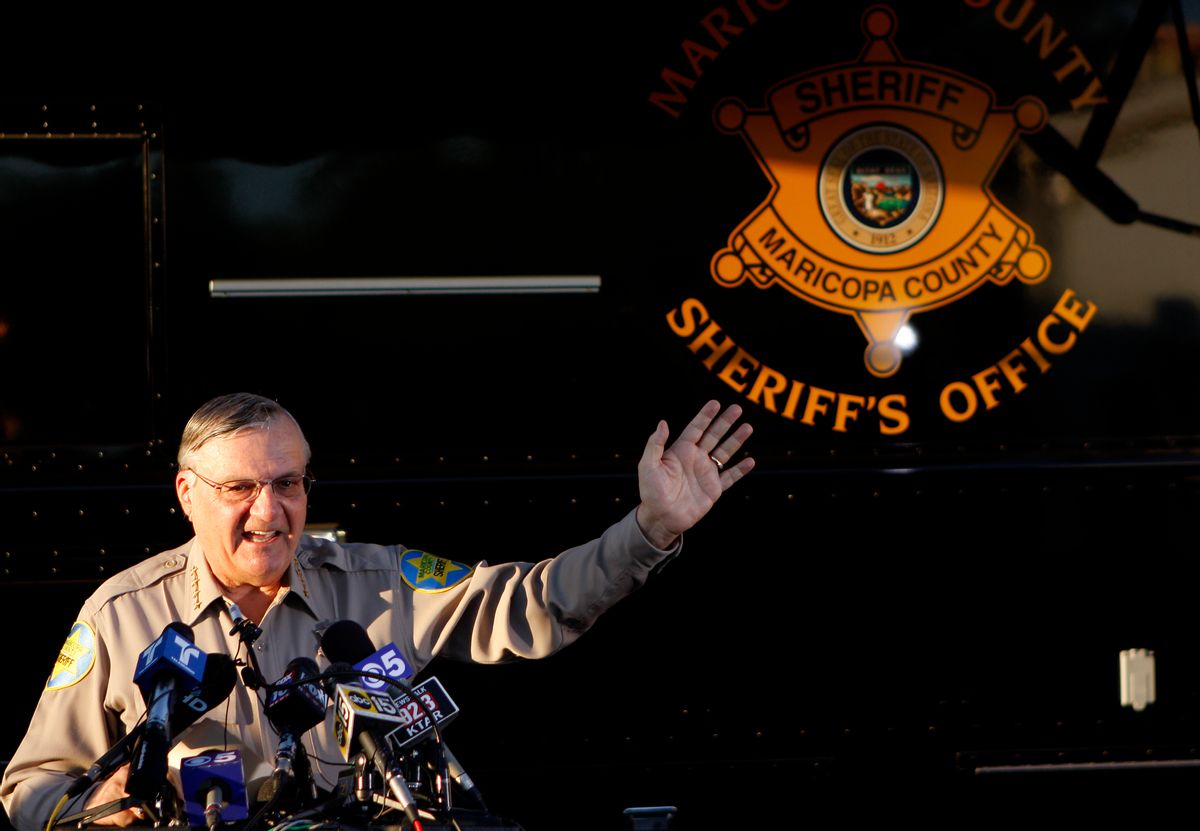 Last Friday, it was reported that renegade immigrant-rounding-up Maricopa County, Ariz., sheriff Joe Arpaio was going to run for governor. I'm not sure why he'd do this -- it looks like the current governor is just as determined to arrest all the Mexicans as a Gov. Arpaio would be -- but he was going to make the announcement today.

Now, the Phoenix Business Journal reports that Arpaio is probably not going to run for governor. But he has already succeeded in being on MSNBC twice today and his name is in many newspapers around the world, so he got exactly what he actually wanted.

(I'd be shocked if Arpaio ever ran for any higher office since he has the power to do almost anything he wants as sheriff. Governors generally can't get away with arresting publishers for annoying them and running unaccredited gulag jails.)

Update: It's official! Arpaio tells CNN's John King USA that he is not running for governor of Arizona. But!

"I don't want to be egotistical, but I could be the governor if I ran," he boasted. "My polls are very high. I got the money. I got the polls. I got the support."