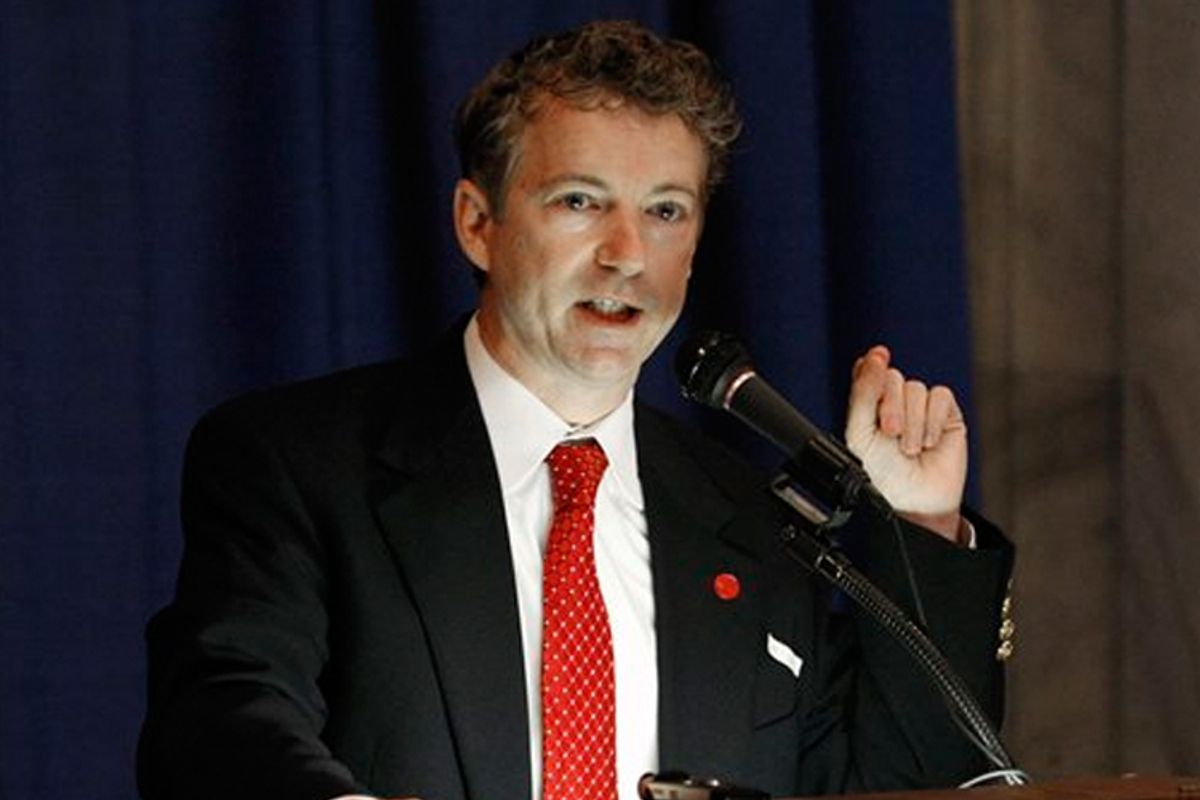 Kentucky Senator Jim Bunning is retiring to spend more time angrily obstructing his family's legislative priorities. The primary battle to replace him is one of the most interesting in the nation, with boring establishment Republican Trey Grayson facing an unexpectedly tough challenge from Rand Paul, the son of Texas Representative and stalwart libertarian hero Ron Paul.

Focus on the Family founder and evangelical huckster extraordinaire James Dobson endorsed Grayson last week. This morning, he unexpectedly announced the retraction of that endorsement. And he says "senior members of the GOP" misled him about Paul's positions.

"Senior members of the GOP told me Dr. Paul is pro-choice and that he opposes many conservative perspectives, so I endorsed his opponent" Dobson said. "But now I've received further information from OB/GYNs in Kentucky whom I trust, and from interviewing the candidate himself."

That's true: libertarian hero and OB/GYN Ron Paul is vehemently opposed to allowing women control over their own bodies, and his ophthalmologist son shares that conviction.

Rand Paul has the advantage of his father's incredibly dedicated (culty) internet fanbase. It is sort of like the son of "Battlestar Galactica" running for Senate. Paul also has outsider cred during a campaign season when various lifelong Republicans are pretending to be independents who are fed up with both parties. But a Tea Party-aligned pseudo-libertarian winning the endorsement of one of the founders of the religious right movement is both deeply weird and also a nice, healthy sign that the iconoclastic New GOP is the same as it ever was.

(All that said, Senator Rand Paul would at least be a more unpredictable Republican senator than Trey Grayson. So on this we find ourselves uncomfortably in agreement with James Dobson. Vote for the Internet Guy, Kentucky Republicans!)