Why Norway's offshore drilling is safer 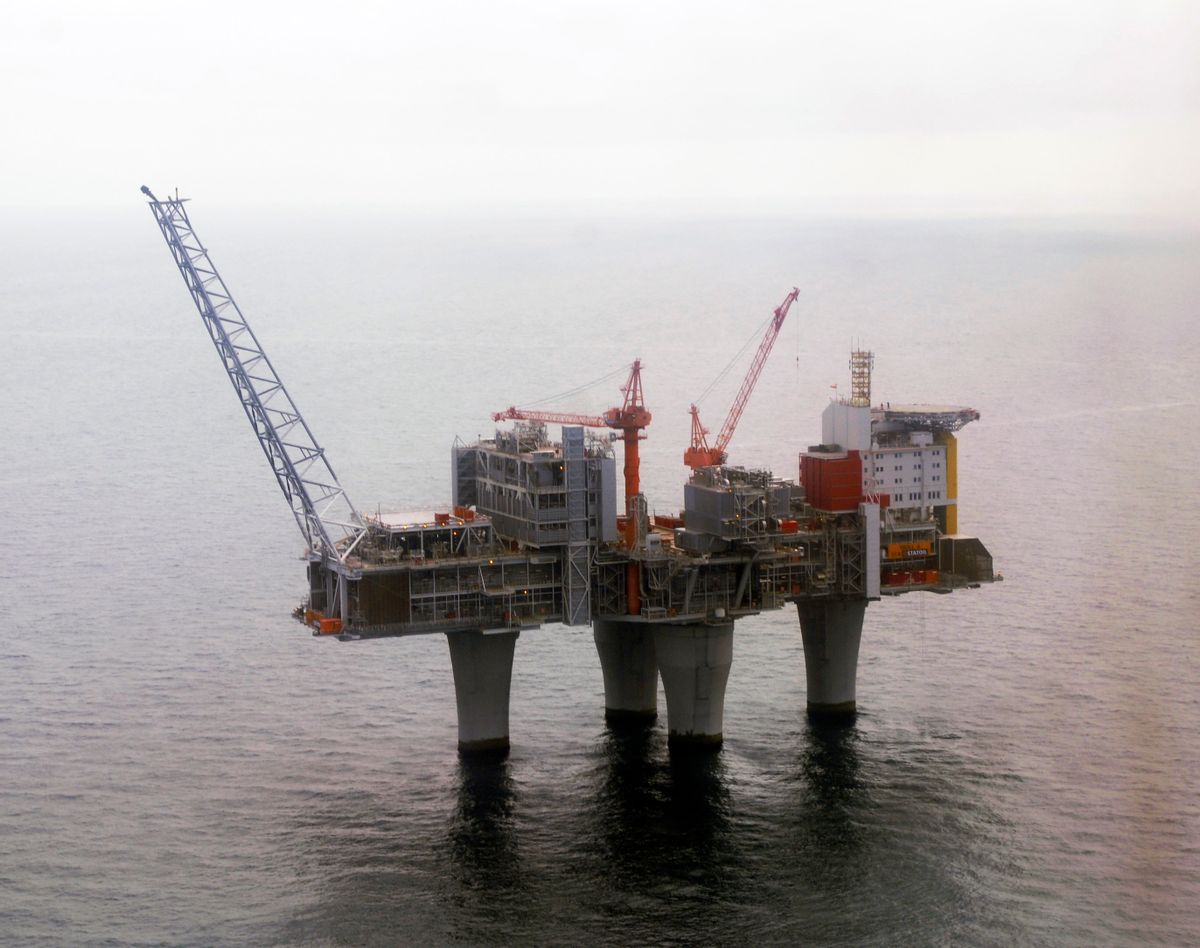 ** FILE ** The Troll A, gas platform run by the Norwegian oil giant Statoil company, stands above the North Sea, about 70 kilometers (40 miles) off the coast of Norway, in this file photo dated June 8 2006. Norway's key petroleum companies, Statoil ASA and Norsk Hydro ASA, elbowed into the fray for global oil Monday with a plan to form a state-controlled giant that would be the world's largest offshore oil producer. (AP Photo / Marit Hommedal / Scanpix Norway) ** NORWAY OUT ** (Associated Press)
--

If anyone still believes we must drill, baby, drill offshore -- aside from Bill Kristol, that is, who wants to sink wells even closer to precious coastal wetlands -- then perhaps it is time to consider again the potential benefits of nationalization. After all, there is one country that has established an unrivaled record for environmental safety while exploiting its offshore petroleum reserves. That would be Norway, which created the company now known as Statoil Hydro as a fully state-owned entity and still controls nearly two-thirds of the company's "privatized" shares.

The Wall Street Journal reported last week that Statoil rigs in the North Sea are required by law to maintain special "acoustic switches" that shut down operations completely (and remotely) in case of a blowout or explosion. The US Mines and Minerals Service, under the industry-friendly Bush administration, decided that rigs operating in American waters need not install those switches because they are "very costly." At $500,000 per switch, they now look like an enormous bargain, of course.

What makes Norway so different from the United States -- and much more likely to install the most protective energy technology -- is that the Norwegian state can impose public values on oil producers without fighting off lobbyists and crooked politicians, because it owns and controls the resources. Rather than Halliburton-style corporate management controlling the government and blocking environmental improvement, Norway's system works the other way around. It isn't perfect, as any Nordic environmentalist will ardently explain, but the results are considerably better than ours.

Norway's oil and gas offshore operations have safely and effectively co-existed with fishing operations in the fertile North Sea since 1971. In fact, Norway is now the world's sixth largest oil producer and the tenth largest fish producer.

Freedomworks hates socialism, so its promo copy doesn't mention the state ownership. But ideological concerns aside, the Norwegian oil business has earned a strong international reputation for industrial efficiency and environmentally benign exploration and production technology. Unlike the U.S. oil giants, which feign green concern while opposing real climate reform, Statoil has worked actively to reduce its CO2 emissions since 1991, with considerable success. Again, this is a result of harmony between national policy, aiming to make Norway carbon neutral by 2030, and the state oil sector. Rather than debate the need for stronger environmental regulation with powerful private interests for the past quarter-century, the Norwegians were able to harness the profits of their oil resources to improve the environment (and provide a generous social security and universal healthcare system for their people).

But we know that private ownership always works better than government. Don't we?