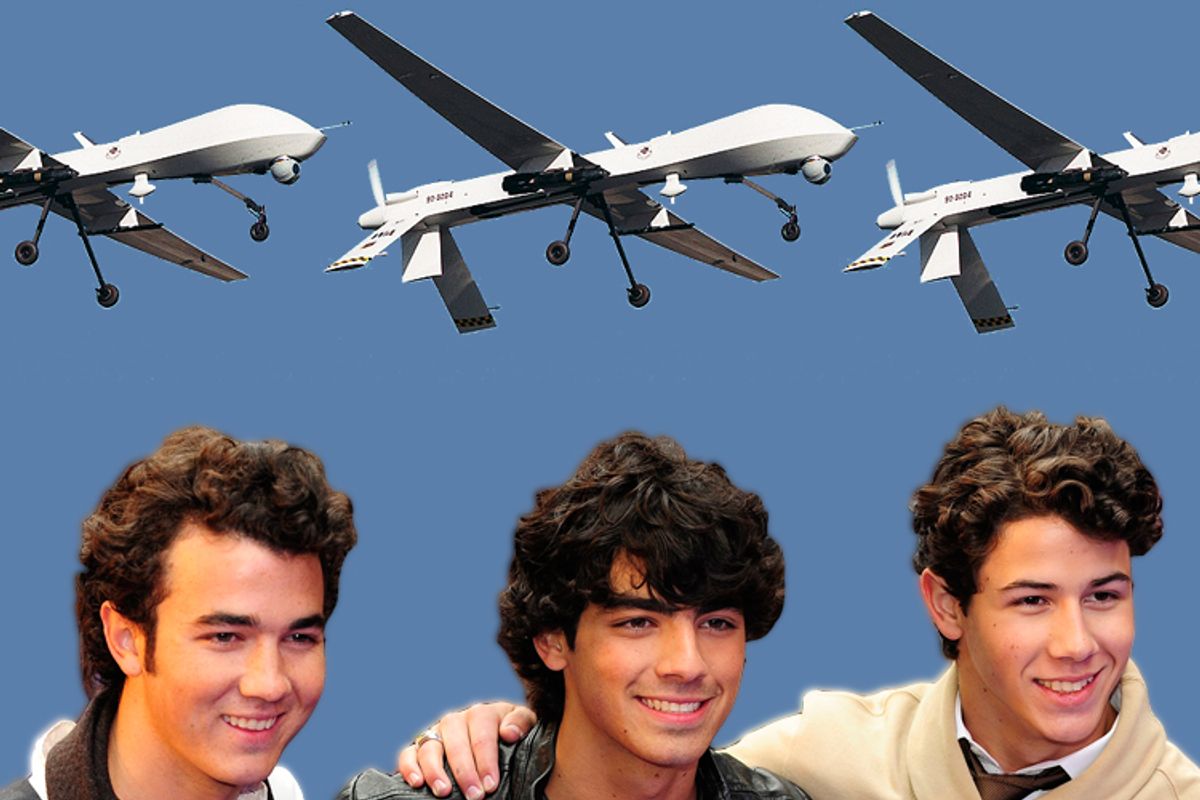 "The Jonas Brothers are here; they're out there somewhere. Sasha and Malia are huge fans. But boys, don't get any ideas. I have two words for you, 'predator drones.' You will never see it coming."

Hah! It's funny because predator drone strikes in Pakistan have killed literally hundreds of completely innocent civilians, and now the president is evincing a casual disregard for those lives he is responsible for ending by making a lighthearted joke about killing famous young celebrities for the crime of attempting to sleep with his young daughters. (Really, everything about the joke is inappropriate. That's why you shouldn't analyze humor too much.)

But the problem isn't specifically with the joke itself. It's a sort of generic joke about the executive's unconstrained power that any postwar president could've delivered. You know, it would've been Patriot missiles during the first Gulf War, or jokes about the CIA or Secret Service disappearing people during the Cold War. The problem is with the whole damn scene of the president delivering a stand-up comedy routine, on camera, to the press. The problem with the Bush joke about looking for WMD was that a roomful of journalists chuckled good-naturedly at it. It looks bad for everyone.

The joke mighta worked, and certainly would've been less offensive, coming from anyone else. It seems like a no-brainer that the people directly responsible for tragedies should not deliver jokes about those tragedies. That's why Mel Brooks can tell Hitler jokes and Germans can't.

But! The concept of the president personally ordering the assassination of the Jonas Brothers is, you have to admit, kind of funny. Such a terrible act would also neatly drive home the problem with drone strikes and the Presidential Assassination Program in a way that Americans and the popular press would really grasp.