Invincible's song is deemed "problematic," while male artists get away with sexism, homophobia and violence 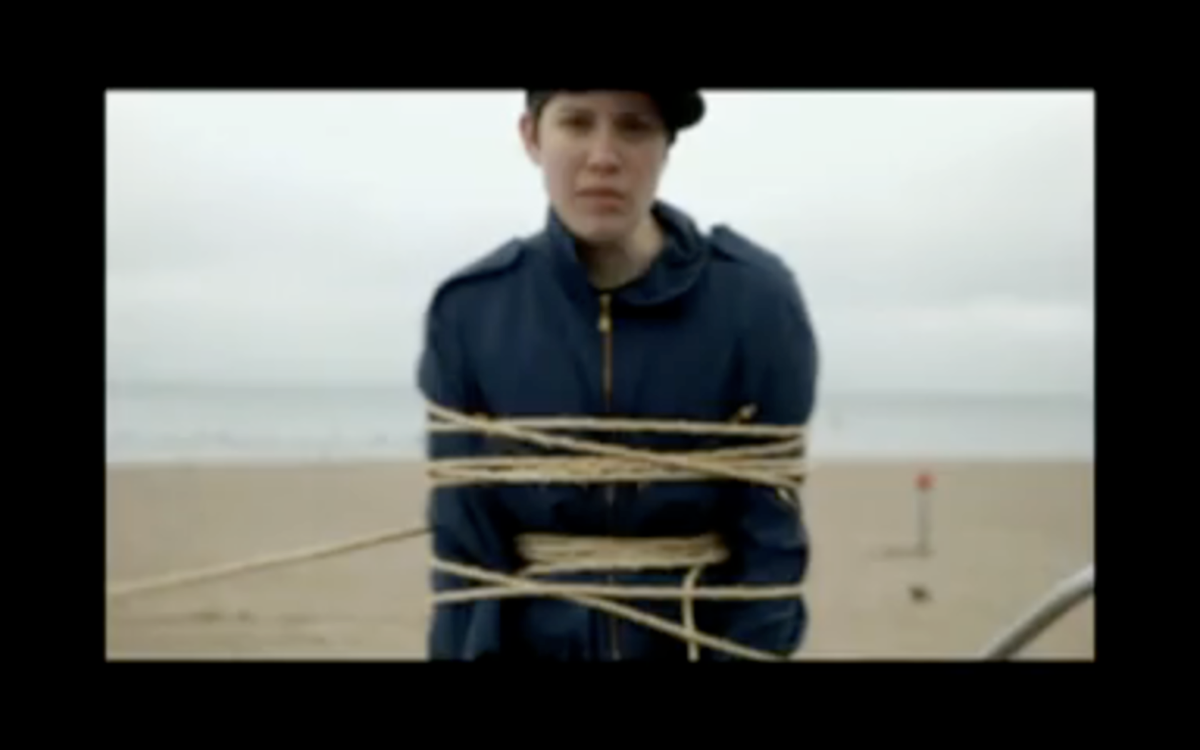 There was good news, and then there was bad news. And it came in the same email.

Invincible, a fiercely talented hip-hop emcee from Detroit, submitted a music video for her song "Ropes" to mtvU, the MTV channel that targets college students. If aired, it would be an especially prominent platform for any indie artist, especially one who -- as a gay Jewish woman from the Midwest -- eschews the stereotypes of her genre. Invincible was told that her video had a high likelihood of being accepted and was asked to send a reformatted version. She did -- at a cost of several hundred dollars. Just a couple weeks later, though, in mid-March, Invincible received an unusual email: MTV's content department officially approved the video for airing, but the standards department rejected it. She was advised that "Ropes" was "too problematic" with its "suicidal undertones."

In fact, "Ropes" wrestles with suicide in a nuanced and empathetic way, featuring a haunting hook by Tiombe Lockhart. It splices footage of Coney Island and vintage circus acts with Invincible's rapping about how "We all walk the line between insanity and sanity / Hope and despair." When she released the video online, she added an introduction that tells of mtvU's rejection and challenging the network for silencing a serious commentary about suicide rather than engaging in a conversation about something that touches a great number of its viewers' lives:

Now, in my eyes, what I see as "problematic" is nobody wants to talk about this issue of mental health in our community. … So I wrote this song to open up the conversation; I made this video to open up this dialogue.

All true. But let me add to the list on what, exactly, is "problematic" -- MTV's blatant inconsistency when it comes to its self-declared "standards." How many problematic videos by male artists can we name that elevate homophobia, violence, sexism, and drug use in ways that are, often, far less intelligent than how Invincible wrestles with suicide in "Ropes"?

When videos like Pearl Jam's "Jeremy" form the network's precedent, what is it about Invincible's video that warrants censorship? Meanwhile, MTV faces suicide directly through its own Public Service Announcements and in its True Life series, as Matthew points out in an open letter on an After Ellen forum. Suicide, it is worth noting, was the third leading cause of death for young people aged 15-24 in 2006, according to the National Institute for Mental Health.

So what exactly is the network trying to standardize by banishing Invincible from its channel? For Invincible, this was the first time she worked with MTV since she was a sketch writer for "The Lyricist Lounge" in 2000. In an e-mail, Invincible told Broadsheet that "MTV's executive producers would say things to us about our sketches such as 'this episode is too black' or 'too hip hop,' and advocate for tasteless racist humor to appeal to its 'core' (read: white and suburban) audience. I wasn't the least bit surprised about [the rejection of "Ropes"]."

But natural backlash against censorship opened new opportunities to engage.

"I actually feel them refusing to play it was a better outlet, as it was able to spark real dialogue on the topic, as well as remind people of the true agenda of corporate media: to sell ads, and truth doesn't help sell ads as much as sensationalized over-the-top caricatures of reality," Invincible said.