Emily Gould: All dressed up with nothing to say

The ex-Gawker editor's memoir, "And the Heart Says Whatever," is full of confessions. What it's lacking is insight 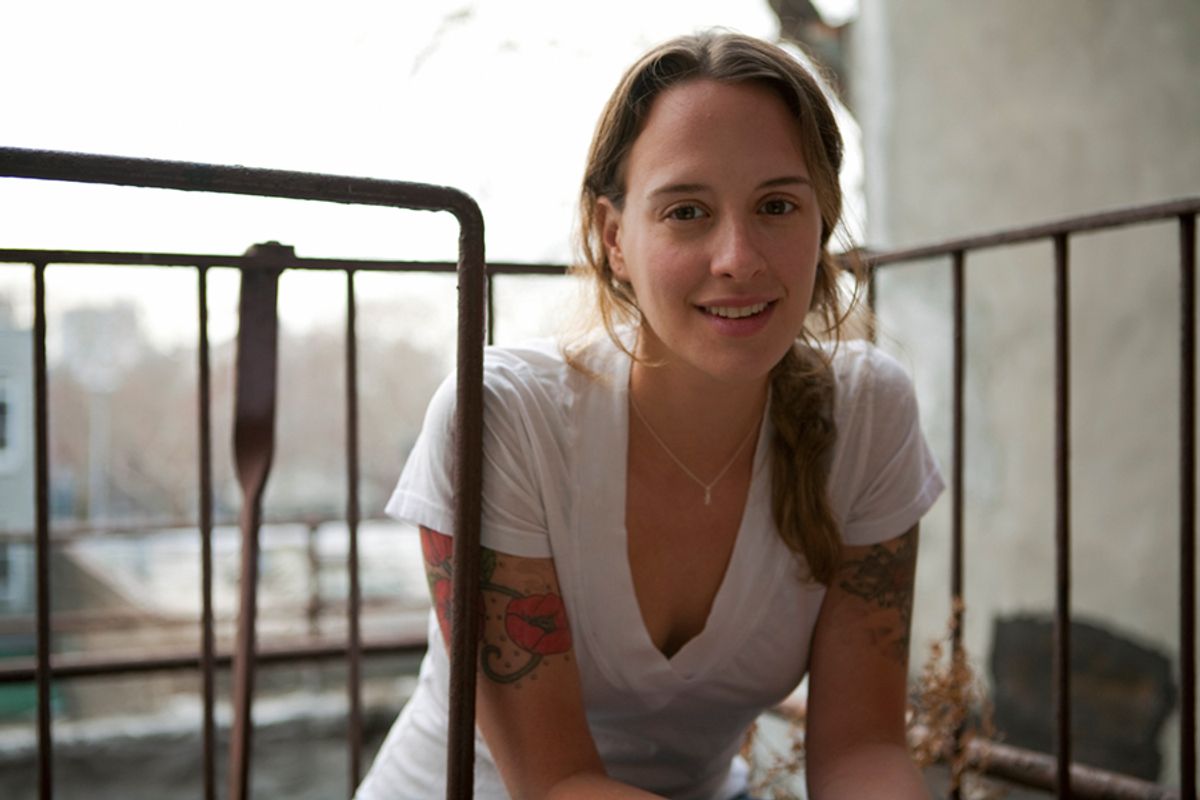 Emily Gould, author of "And the Heart Says Whatever"
--

I have defended Emily Gould ever since a photo of her lying in bed, looking vulnerable and alluring, appeared on the cover of the New York Times Magazine. The image, and her accompanying personal essay about the perils of writing about her life (and others') as a blogger for Gawker, sparked a firestorm of criticism. Even two years later, the mere mention of the 28-year-old's name often elicits eye rolls and heavy sighs, especially from young women writers. She has been called narcissistic, immature and a bad writer -- only in much more cutting language.

But I can't help feeling for her. I've experienced the wrath of anonymous Internet trolls, and, given how often I write about sex, I fear losing control of my professional image and identity, and becoming yet another 20-something female writer photographed in bed. Her pillorying was a "there but for the grace of god" moment for me, as I suspect it was for many ambitious young women. Gould's new memoir, "And the Heart Says Whatever," leaves me feeling similarly sympathetic. She is smart and talented. But in the race to cash in on the attention surrounding that vitriol-inducing essay, no one bothered to tell her a painful truth: She had nothing to say. My overwhelming response to her memoir wasn't anger, or disgust, or scorn; I just wished someone had been kind enough to stop her from publishing it.

In a series of personal stories that are occasionally eloquent but more often overreaching, Gould details her early romantic experiences -- from an unsettling tale about devirginizing a cartoon-loving 14-year-old boy when she was 17 to adult hookups that left her feeling "totally repulsed" and "filled with that strange feeling of having somehow molested myself." The book is filled with destructive desire, the kind bent on mutual annihilation. As a teenager, she wanted to "be and/or to fuck everything attractive in the world," and as an adult, she thought it was a "compliment" to feel "like all men were trying to victimize me in some way."

She describes her professional ambition in similar terms. Gould moved to New York City "with this idea that I was somehow extraordinary," she says. "The important part wasn't 'extraordinary,' it was 'somehow' -- I wasn't quite sure what kind of renown it was, exactly, that I was destined for." It was this "free-floating ambition" that eventually led her to Gawker, and to doing a series of things that were "unethical, gratuitously hurtful, golden-rule-breaking, et cetera." She "felt the pull of a trajectory, a sense of experience piling up the way it does as you turn the pages of a novel."

But it's all exposure with little insight or perspective. She cuts open a vein and pours her experiences onto the page, but never truly gets beyond the "meh, whatever" attitude. I find myself thinking: And the heart says … what, exactly? (It certainly would be unfair to accuse the book's title of false advertising.) Like her vague belief that she was "somehow extraordinary," I'm not sure what she learned from these chronicled experiences, or what we’re supposed to take away from them. In the book's introduction, Gould writes that she "would do it all again," and you get the sense that she would literally do it all again -- tomorrow.

I’m not fond of the common tendency to write off such personal narratives as just another young woman writing about dating, sex and love. It's absurd that it even has to be said, but: These things are important and worth writing about. Women should feel entitled to tell these stories, just as men do; and these stories should be celebrated, just as men's are. Part of valuing women's personal narratives, though, means expecting more from them than just self-exposure and naked narrative. When young women writers are thrust into the spotlight too soon, it only reinforces the idea that women's personal writing is best represented by a book cover with flirty sketches of lipstick, high heels and martinis -- or, in Gould's case, an illustration of one of her tattoos.