As my boyfriend buys the only oysters left in our Mississippi town, a sad new reality sets in 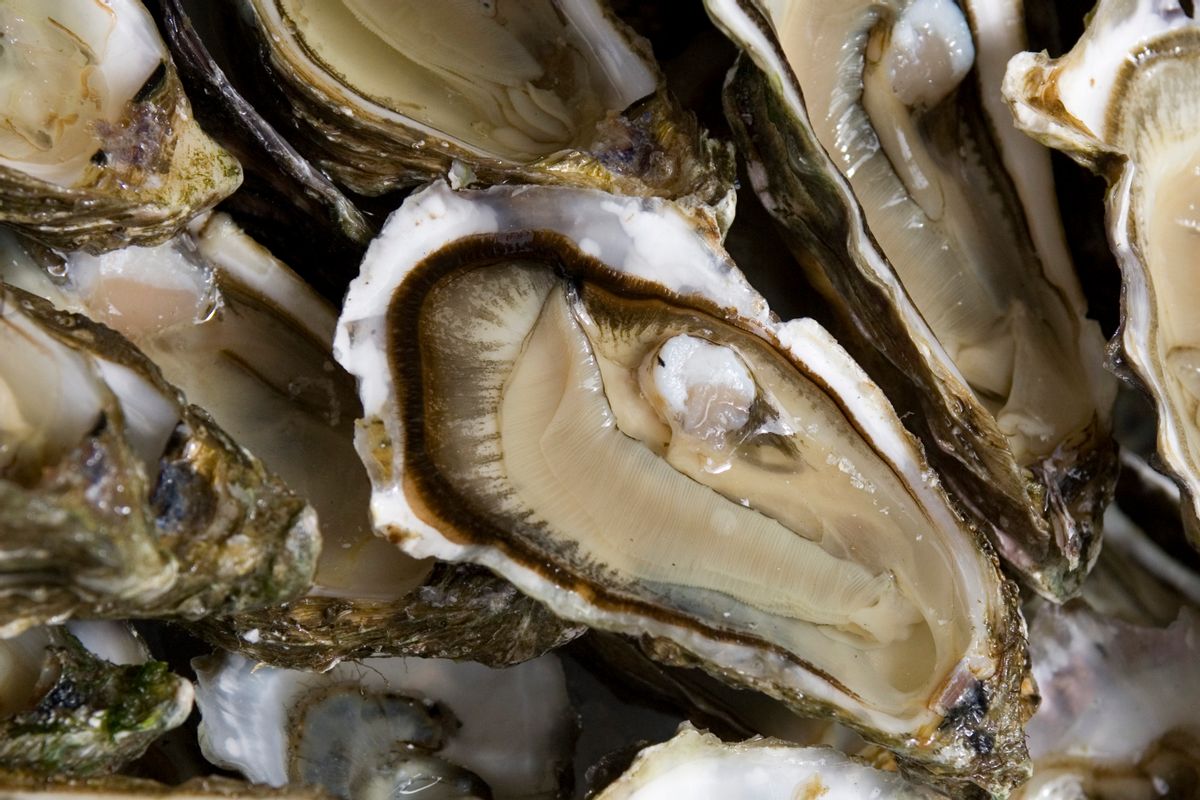 We're having friends over for dinner tonight. The main dish we're making is an Oysters Rockefeller casserole. Over our tea this morning, Larry offers to pick them up from the local seafood store later in the day. Then we examine an interactive map that shows the spill growing closer to our shores. Already, the dark graphic is devouring our barrier islands, nurseries for both fish and birds. Environmentalists say the spill couldn't have come at a worse time since it's the height of breeding season.

Suddenly, we realize there may not be any oysters for our dinner tonight. Or any fresh seafood at all. The Coast Guard has shut down fishing from the Mississippi River to the Florida panhandle. Indefinitely.

Larry races to the store and triumphantly returns soon, clutching two glass jars. But his face is grim. "These are the last ones," he says. "And when they're gone, they're gone."

The insignificant uncertainty of our dinner menu only serves to make us realize the horrendous scope of the catastrophe. Uncounted millions of our fellow creatures will suffer and die. The entire ecology of the Gulf is at risk. It'd be easy to fall into self-pity or depression.

But people on the coast learned a lot during Katrina and its long, grinding aftermath. While we accept the sad new reality, we search for ways to change it. We understand that whining isn't productive. And neither is blame. One organization, newly formed to counteract effects of the oil spill, states plainly on its Web page: "This group is for coordinating volunteer efforts -- NOT criticizing the government, organizing boycotts, or any other unproductive task. Thank you all for your time."

We've also learned how to disseminate information more efficiently. E-mail chains, websites and social media sites have become tools for coordination and calls to action. The "share" button on Facebook is working overtime.

We know now that while the federal government can be a valuable ally, we need to roll up our sleeves and get to work immediately. And there's a job for everyone.

One simple Google search (volunteer gulf coast oil spill) turned up dozens of local groups mobilizing. Some are collecting pet hair from groomers and pantyhose to soak up the oil. Out-of-work fishermen are being recruited to help, as well as recreational boaters. Hundreds of others have signed up to learn how to handle affected wildlife.

Stan Tiner, executive editor of the South Mississippi Sun Herald, published a stirring call to arms in today's paper. The headline declares "We Will Defend This Coast!" He concludes with our collective feelings of resolution:

"I know that classes of students, shipbuilders, casino workers, and senior citizens will stand shoulder to shoulder in the fulcrum of this crisis and we will not be defeated.

If the leaders will lead, we will follow. It is our Coast, our home, and this is very personal. Our backs may be up against a hard time, but I can't think of any group that I would rather be with as we prepare for whatever may come."

And on the Gulf Coast, the determination, the self-reliance and the hard work will be augmented by prayers. Lots of them. This isn't something new we've learned. Generations of hardy folks here have relied on it. Even for unbelievers and agnostics, the power of community prayer offers solace. It draws diverse people together, joining hands and hearts in a unified yearning for the best possible outcome, while it bolsters will and strength to work toward that end.

Ellis Anderson resided in the French Quarter for two decades before moving full time to Bay St. Louis on the Mississippi Gulf Coast in 1996. Her book, "

Under Surge, Under Siege, the Odyssey of Bay St. Louis and Katrina

," published by University Press of Mississippi, will be released August 1.