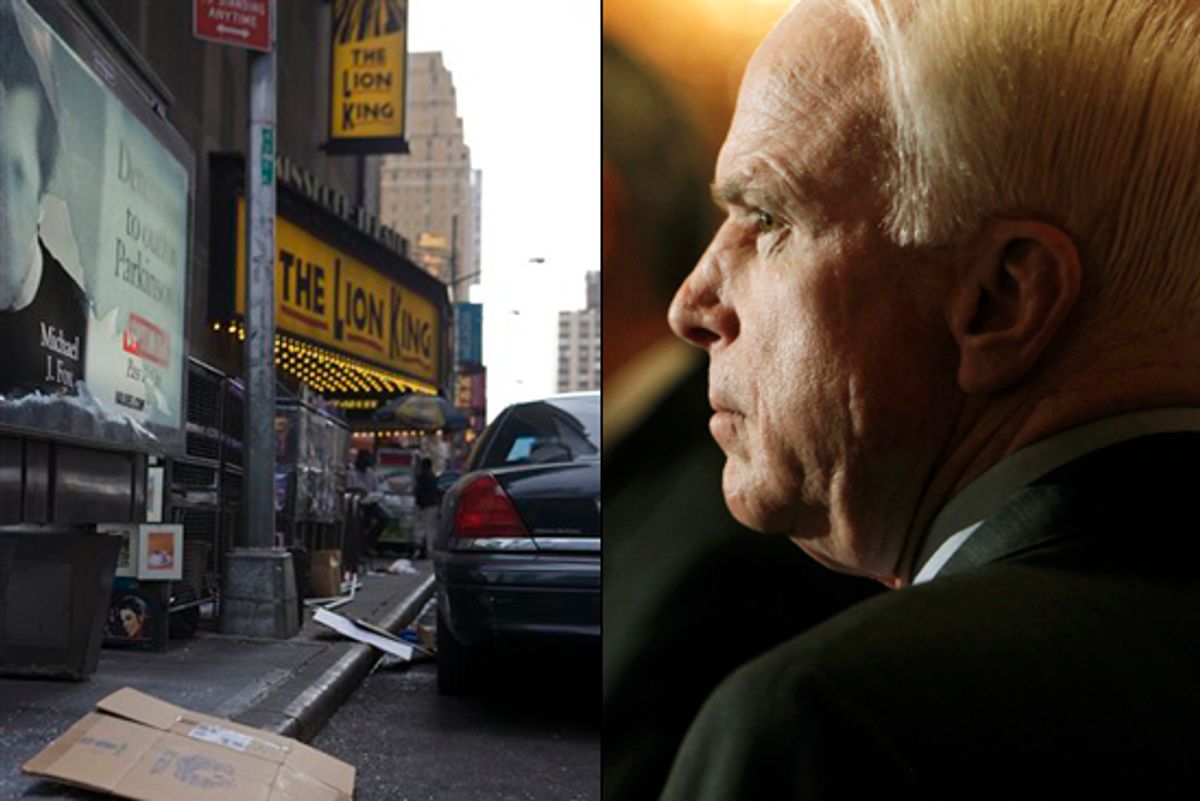 Broken glass litters the spot where authorities found a bomb that apparently began to detonate, but did not explode, in a smoking sport utility vehicle outside the Minskoff Theatre in New York, Sunday, May 2, 2010. Right: Sen. John McCain
--

A U.S. citizen was arrested in New York for committing a crime in New York. Long-established Supreme Court precedent -- a.k.a. the law the land -- establishes that any statements he makes will be inadmissible as evidence in a trial against him for committing this crime unless he is informed of his Fifth and Sixth Amendment rights to non-self-incrimination, an attorney, and due process.

According to a United States Senator and recent major party presidential candidate, if the established law of the land was actually followed by the law enforcement agency that made this arrest, our national security is now at risk.

Yes, John McCain says a "serious mistake" was made if the Time Square bombing suspect was informed of his Miranda rights. Which, again, the nation's highest court says the FBI is required by the Constitution to give to everyone they arrest. Why does John McCain hate the Constitution so very much?

We don't know if the FBI Mirandized Faisal Shahzad. But don't worry, that was also among the first questions asked by our Washington press corps! Because if a political party is going to demagogue against our entire established legal system, the media will make sure to help.

"There's probably about 350 different charges he's guilty off -- attempted acts of terror against the united States, attempted murder," said McCain, cautioning that he's not privy to the charges with which Shahzad might be charged. "I'm sure there's a significant number to warrant the death penalty."

Or, you know, the biggest charges could just be tossed out if it's revealed that Shahzad wasn't informed of his rights under the Constitution, at the behest of people like John McCain. That would be a wonderful victory for America.