In Ohio, the economy could hurt the GOP, too

There's not much suspense in today's U.S. Senate primary. But the fall could be a different story 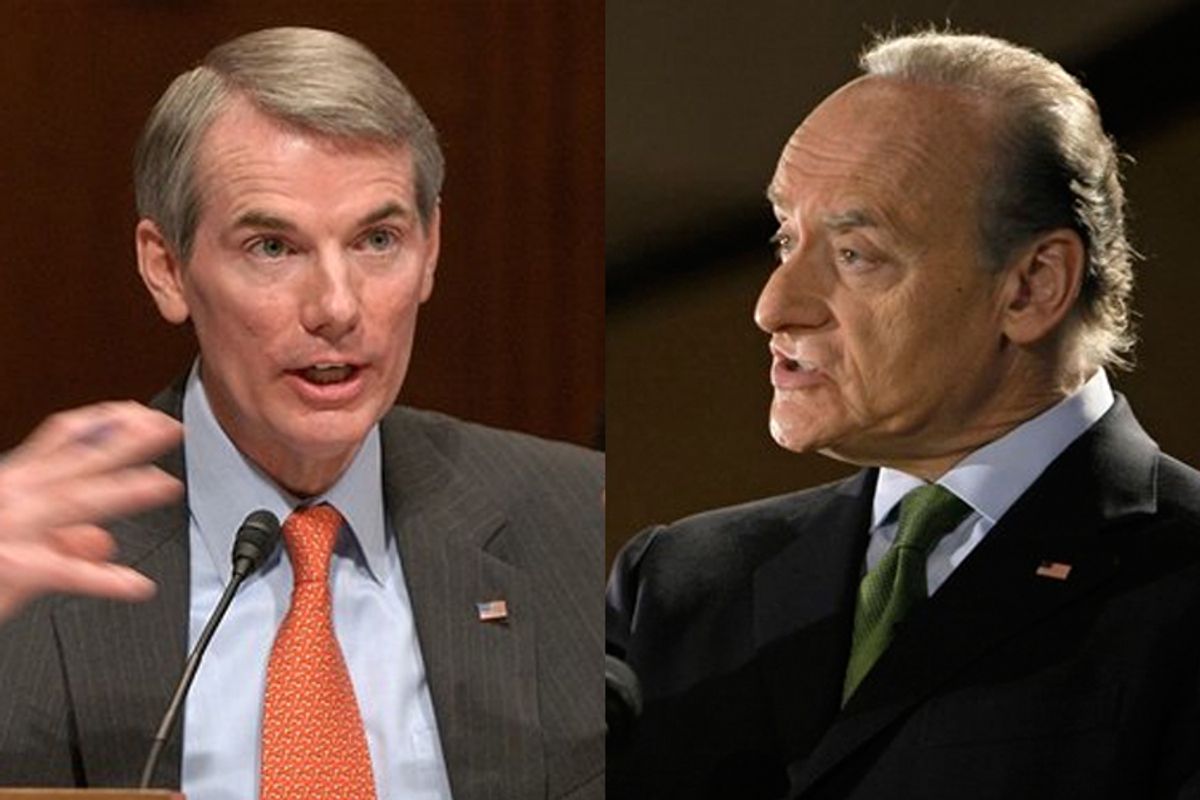 It's primary day in Ohio! So we asked Alex Parker, formerly of the Toledo Blade and the Lorain Morning Journal, for his thoughts on the race to replace retiring Republican Senator George Voinovich. His assessment:

While anything is possible in primary politics, it would take a disaster to keep Ohio Lt. Gov. Lee Fisher from winning the Democratic nomination for Senate today. Although as recently as a few months ago Jennifer Brunner, Ohio's secretary of state, seemed poised to mount a respectable Netroots-style challenge to Fisher, her candidacy never mustered the fundraising or outside recognition that underdog candidacies normally need to stay viable. A lack of campaign funds -- as of April 14, Brunner only had about $60,000 in her campaign war chest, while Fisher had more than $900,000 -- kept her from doing any substantial television advertising, and the latest polls have Fisher winning by as much as 20 percent.

Assuming Fisher is the Democratic nominee, he’ll be entering one of the most competitive Senate races in the country, in one of the few places where Democrats have a shot at gaining a seat. Fisher would face Rob Portman, a former U.S. congressman and Bush administration official, in the race to replace retiring Republican Sen. George Voinovich.

Along with lieutenant governor, Fisher has the title of Ohio’s director of economic development -- hardly a desirable position in a state with 11 percent unemployment. President Obama’s approval level in Ohio continues to plummet. And yet, Fisher is running neck-and-neck with Portman. The latest Quinnipiac poll shows Fisher slightly ahead, with 40 percent of registered voters, compared to Portman’s 37 percent.

A lot of factors could explain the Democrats’ surprising strength in this race. Although Portman is a well-known figure in Cincinnati, where he served as a congressman, voters in the central and northern areas of the state don't know much about him. (Fisher, a lawyer and former state representative from Cleveland, has held statewide office and is more well-known -- although the polls seem to show that voters haven’t quite made up their minds about him, either.) Without a primary on the GOP side, more attention has been paid to the Democratic candidates.

But Democratic operatives think that it's mostly Portman's connection to the Bush administration and its trade policies that could sink the GOP candidate. As the U.S. trade representative in 2005 and 2006, Portman can be easily linked to the free-trade policies that many Ohioans blame for the state's massive job losses. In Ohio, support for NAFTA or other free-trade agreements can be a career-ending charge -- for Democrats and Republicans. The issue has also proven to drive people to the polls in Ohio -- especially in Democratic strongholds in northeast and northwest Ohio.

"If you're a Democratic incumbent, and you can pick your opponent, you'd pick Rob Portman," said Jim Ruvolo, a Democratic advisor from Toledo and previous chairman of the state party.

Which isn't to say that Fisher won't have any weaknesses in November. But so far, the Ohio Senate race seems to be a test case showing that frustration and anger over the stagnant economy doesn't just flow against the Democrats.

Alex M. Parker was a reporter for Government Executive magazine and The Toledo Blade.