Governor warns that currents could carry oil down the state's coast 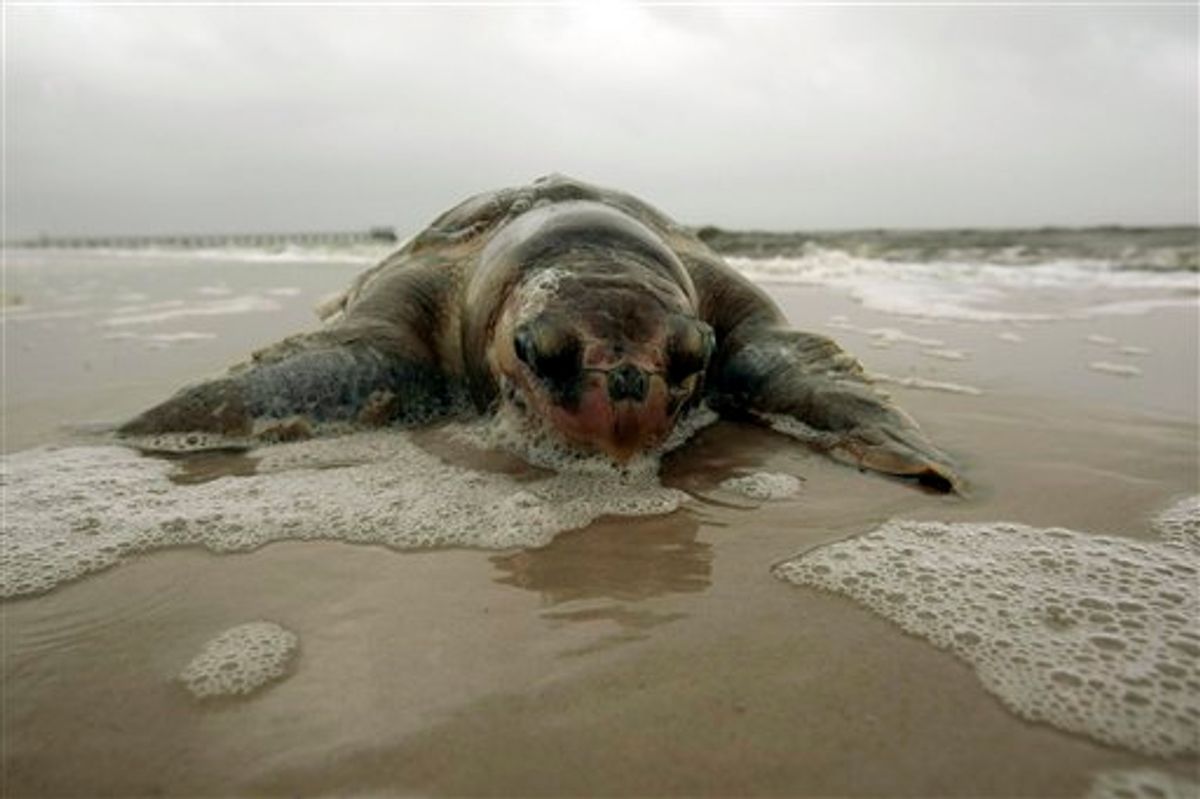 A dead sea turtle lies on the beach in Pass Christian, Miss., Sunday, May 2, 2010. Researchers from the Institute of Marine Mammal Sciences from Gulfport, Miss., collected the turtles and will examine them to determine the cause of death. (AP Photo/Dave Martin) (AP)
--

Florida Gov. Charlie Crist says that even though the Panhandle will likely see the first impact from the oil spill, the entire state should be prepared.

Crist says in a worst-case scenario, currents could carry the oil down the state's Gulf coast, through the Keys and then up the Atlantic coast.

Crist says he doesn't want his state to be criticized for not doing enough. He says it's better to be seen as doing too much.