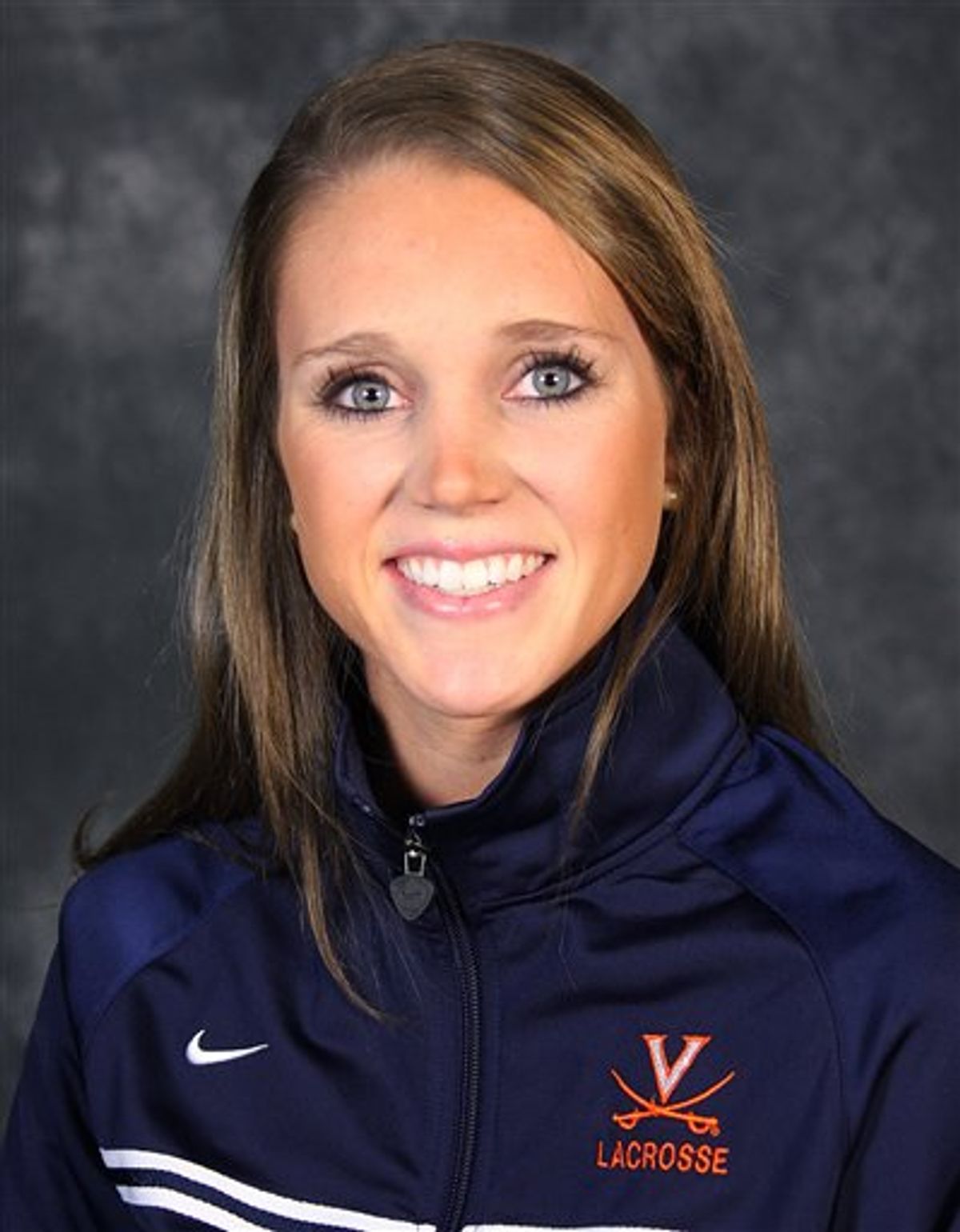 In this handout provided by Media Relations University of Virginia, shows YYeardley Love in this undated photo. Police have arrested 22-year-old George Huguely of Chevy Chase, Md. and have charged him with first-degree murder of Love. Police Chief Tim Longo said during a news conference that 22-year-old Yeardley Love's body was found early Monday, May 3, 2010 in her Charlottesville apartment by a roommate. Longo says police were originally responding to a possible alcohol overdose, but quickly discovered it was something worse. (AP Photo/Media Relations University of Virginia) (AP)
--

A newly released affidavit sheds light on the gruesome death of Yeardley Love, a University of Virginia lacrosse player. The case has been roiling the college community and making headlines across the country since Monday morning, when the 22-year-old's dead body was found in her apartment and George Huguely, Love's ex-boyfriend and a fellow lacrosse player, was arrested on murder charges. According to the request for a search warrant, Huguely, 22, waived his Miranda rights and told police that "he was involved in an altercation" with Love during which he shook her and "her head repeatedly hit the wall."

He also admitted to kicking his foot through Love's bedroom door and taking her computer and disposing of it. The affidavit explains the situation in a matter-of-fact manner: They "had been in a relationship and the relationship had ended."

The document reveals that Love was found lying "face down" in a "pool of blood" on her pillow. She had "a large bruise on the right side of her face," her "eye was swollen shut and there were bruises and scrapes to her chin." She was pronounced dead on the scene. Police Chief Timothy Longo told the New York Times that it was obvious Love had been murdered: "When the body was turned over, oh my gosh, there were obvious physical injuries. There was no doubt."

The affidavit vividly fills out the picture painted for reporters this morning by Huguely's lawyer, who called Love's death "an accident with a tragic outcome." It's also seems likely to dash the hope his attorney expressed shortly after a hearing in Charlottesville, Va., that "no conclusions will be drawn or judgments made about George or his case." Up until now, online speculation about the case has been surprisingly and refreshingly restrained. Another hearing has been scheduled for early June, when test results on physical evidence will be available.