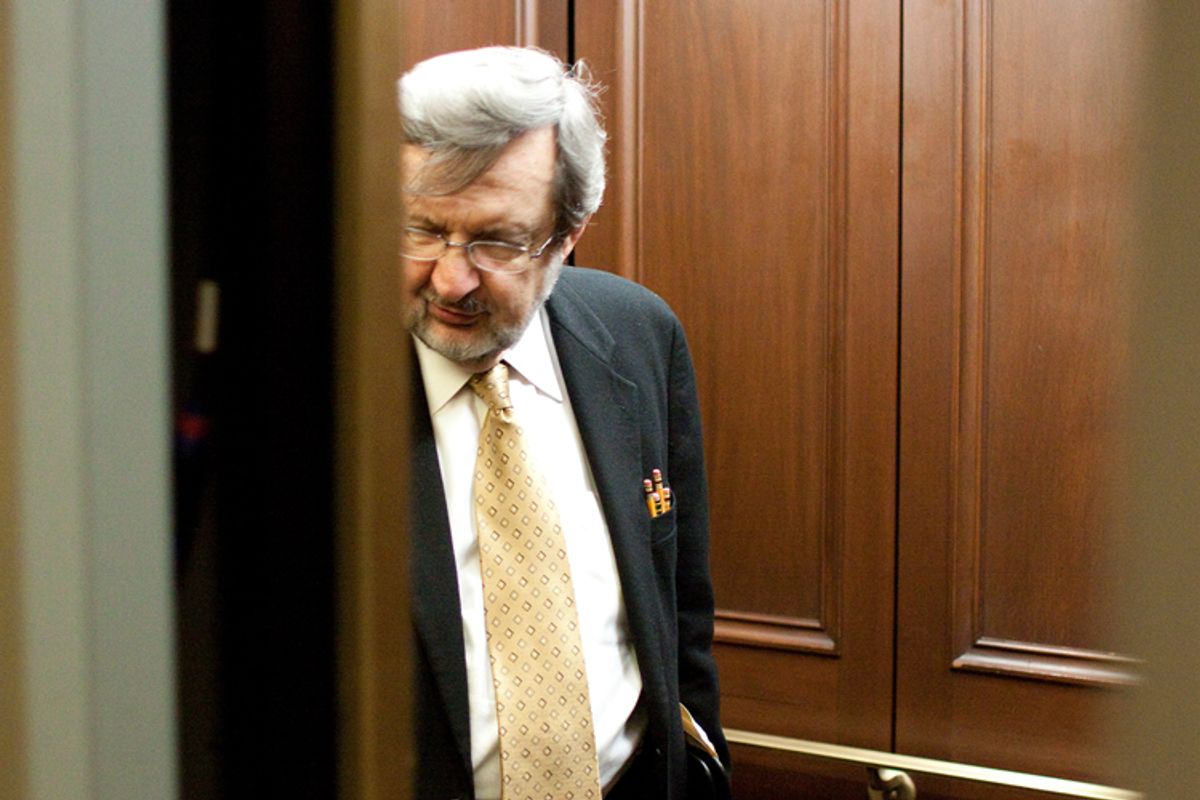 Wisconsin Rep. and House Appropriations Committee Chairman David Obey will announce today that he will not seek reelection. Obey, 71, is the third-longest serving member of the House, and it sounds like he's just tired.

Obey probably could've won reelection, but it would've taken more work than usual. And according to Politico, the recent deaths of John Murtha and Rep. Charles Wilson hit him hard.

Obey is one of the most powerful liberals in Washington. He's been a major critic of the White House's Afghanistan policy (he called on Obama to introduce a surtax to cover the costs of a major troop increase), and he's famously feisty. Rahm Emanuel (no stranger to being a complete dick to people) once said you weren't truly a member of Congress until Dave Obey rips you a new asshole. Last October, he had a nasty exchange with Maxine Waters over an earmark. And his testy exchange with military mother Tina Richards is a YouTube classic.

Obey also coined the classic Bill Clinton zing: "If you don't like where he stands, just wait 10 minutes."

The race to replace Obey will now officially become a complete circus. The Republicans running against him include a former "Real World" cast member and, of course, a crazy old Tea Party guy. The "Real World" guy (the 1997 Boston season) is Sean Duffy. He is also "a three-time World Champion Lumberjack athlete."

The outsider is Dan Mielke, a dairy farmer with an awesome website who considers Obey a bit too "socialist-minded." The district went for the Obama/Biden ticket, but Republican Duffy is generating lots of money and buzz.

State Senate Majority Leader Russ Decker is among the Democrats likely to run for Obey's seat.