The independent senator is plotting against American citizens 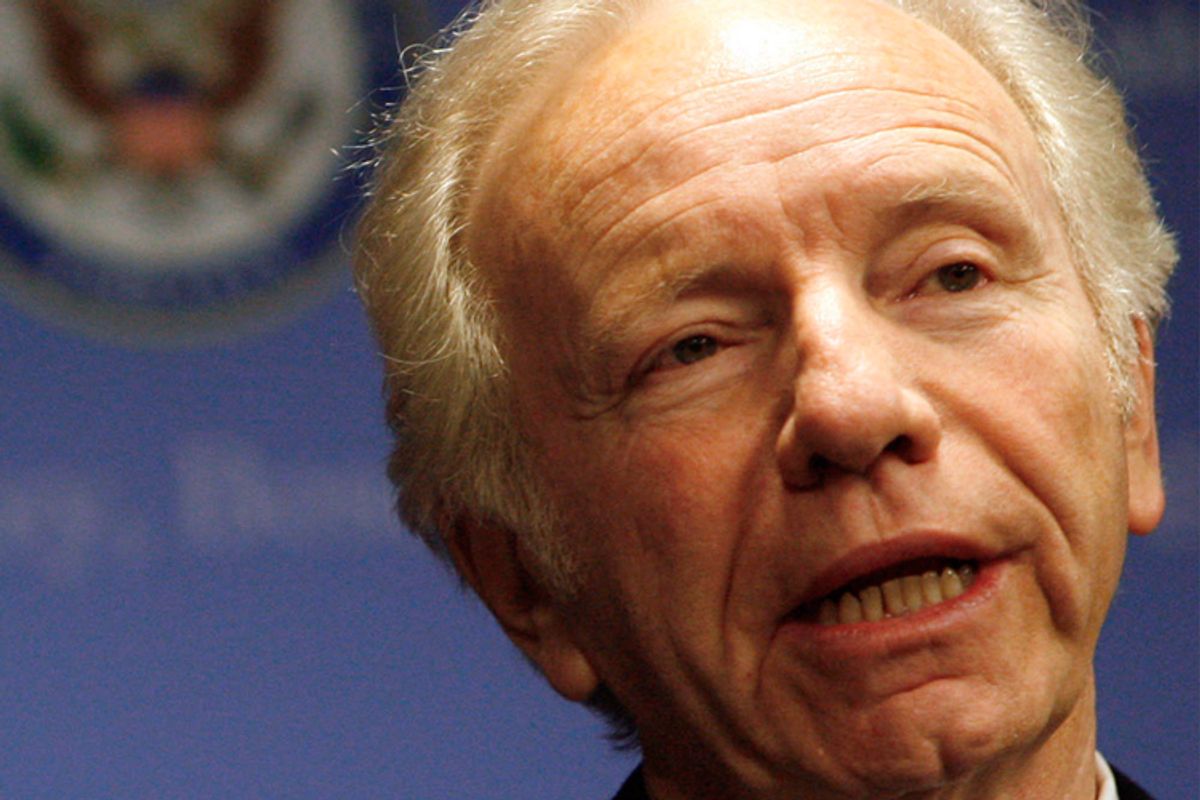 Times Square bomber Faisal Shahzad already admitted his guilt and told investigators about his time in Pakistan learning to make (embarrassingly poor quality) bombs. He apparently continued to talk after being read his Miranda rights. Republicans and Joe Lieberman are already formulating plans to make sure this law enforcement catastrophe doesn't happen again!

Of course, when Republicans bemoan the fact that Shahzad was read his rights, what they're really complaining about is that he was not tortured.

There is a glimmer of bipartisanship to come, however. Senate Homeland Security and Governmental Affairs Chairman Joe Lieberman (ID-Conn.) announced plans to introduce legislation to strip the citizenship rights of Americans who commit acts of terrorism, a proposal already drawing support from both parties.

Americans fighting in foreign armies already have their citizenship revoked. This law would apparently target people with "ties to a foreign terrorist organization." But what constitutes "ties"? How is it conclusively proven that this person was working with a foreign-based organization? What if they're wrongfully accused? What's the standard of proof? Lieberman's bill would create a new "authority" to determine all those things. If only we had some sort of existing method by which we determined whether or not Americans were guilty of crimes! That would save ol' Vinegar Joe some real time, wouldn't it?

According to today's New York Post, attempted Times Square bomber Faisal Shahzad was seeking revenge for predator drone strikes against Pakistan. This is from the Post, so there's a decent chance the story is, in newspaper lingo, "made-up," but I am still convinced that we need to detain the Jonas Brothers and consider revoking their citizenship until we can be sure they're not involved.