Women editors are not the problem 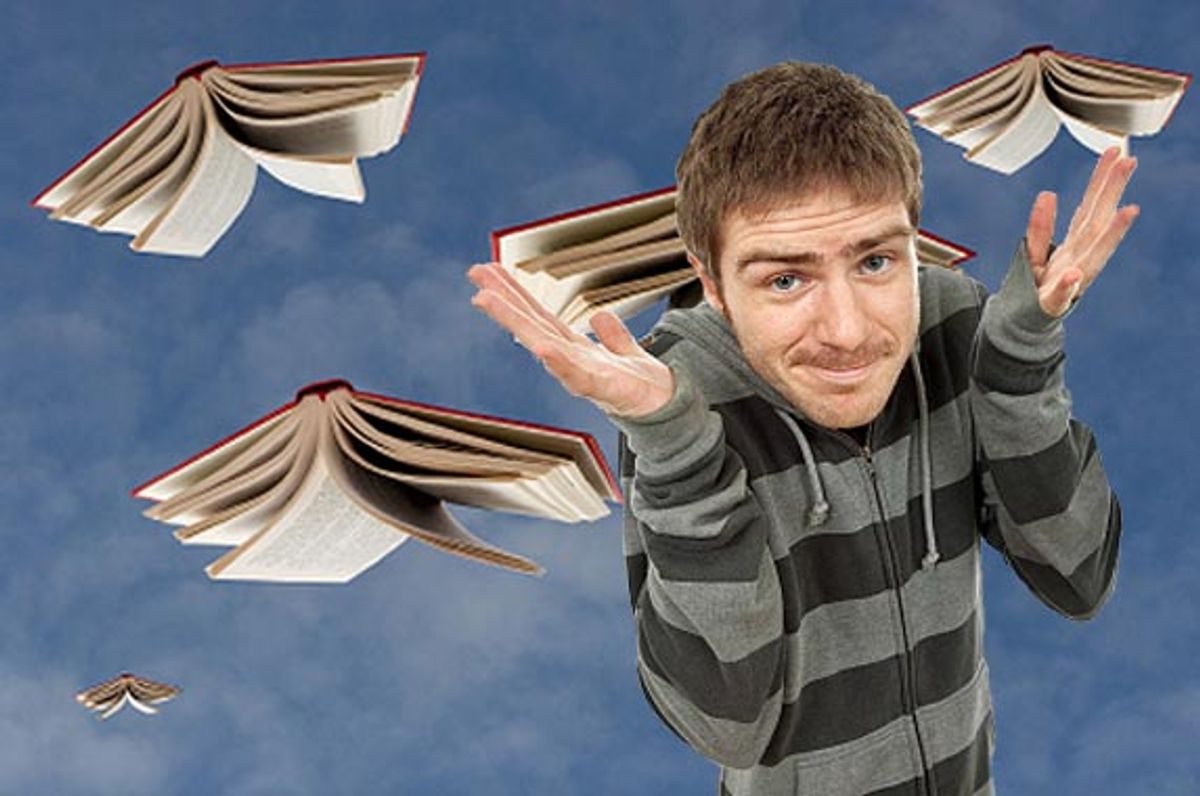 Much as I enjoyed Roman Polanski's suave political thriller "The Ghost Writer," one early scene struck me as egregiously off. The main character, a scribe-for-hire played by Ewan McGregor, takes a meeting to discuss writing the memoirs of a politician. The other attendees are the head of the book publishing company, one of the editors, the writer's agent and a representative of the politician. Five people in a room discussing a book deal, and all of them men.

This is not, to say the least, very realistic, as Jason Pinter would no doubt concur. Writing last week in the Huffington Post, Pinter, an author whose résumé includes jobs in publishing at "several major houses," recounted his difficulties in persuading his female colleagues to publish a book by Chris Jericho, a professional wrestler. "Pitching Jericho's book to my editorial board was like pitching iPads to the Amish," he complains, despite the fact that Jericho had an enviable "platform" -- the publishing-world term for regular TV and radio gigs. His co-workers had simply never heard of the guy.

It wasn't until the 15-year-old nephew of one of the editors confirmed Jericho's fame that the board agreed to take the plunge; the book became a bestseller. For Pinter, this experience demonstrates that one of publishing's truisms -- men don't read books -- has become self-fulfilling. Few men work in book publishing, so there are few supporters in the industry for books that men in particular might like, causing fewer such books to be published or promoted and finally leading men to think that books are not for them.

Pinter's essay provoked all the predictable responses, in HuffPo and beyond: the pointlessly anecdotal refutations ("My husband reads books, so lots of men do!"); the desperate straw-snatching ("This is why no one will publish my masterpiece, 'Rock Meteor and the Lector of G.R.I.M.E.'!"); the flaming gender paranoia ("Evil feminists are trying to castrate us with their rosebuds-and-doilies book jackets!"); the reasonable but shortsighted rejoinder ("If you can't find something you like in the 700,000 books published every year, it's your own fault!"); and so on. One blogger made the Möbius-strip-like argument that if today's men were truly manly they wouldn't be scared away from reading by its reputation for unmanliness.

Pinter, to his credit, takes pains not to denigrate the "many, many brilliant women" who work in publishing, or to suggest that a plot is afoot. But "the system," he maintains, is perpetuating an artificial imbalance. He may, indeed, be right. "Publish more books for men and boys," he urges, but if all those women editors are so blinkered about what men and boys find interesting, how can we expect them to make the right choices?

It's worth asking, then, why there are so few men in publishing. Could it be the low pay, low status and ridiculous hours? (Remember that book editors seldom get to read manuscripts in the office -- that's what weekends are for.) Apart from a handful of celebrated figures, it's the rare editor who gets paid more than a secondary school teacher in a middle-class district. The profession has come to look a lot like a skilled, pink-collar ghetto, albeit garnished with a thin dusting of reflected glamor.

Even Pinter got sick of it; he now writes thrillers full-time. A former colleague of mine once described the decision to either edit or write as a choice between "the power and the glory." But he was a magazine editor, back in the days when that meant a handsome expense account and the ability to bestow lucrative assignments. Now the profession of editor promises very little power (or job security), while writing still holds out the slender possibility of a morsel of glory.

Book editing, by contrast, increasingly resembles those "caring professions," nursing and teaching, where the joy of laboring selflessly on behalf of a noble cause -- in this case, literature -- is supposed to make up for the lack of profits and respect. And we all know who does that kind of job, don't we?

Update: Jason Pinter wrote to me to correct my characterization of his departure from editing. His remarks on the subject are not only helpful in correcting my too-hasty assumption but also illuminating about the state of book editors' workloads and salaries:

I would like to make one thing clear, and that is that I didn't leave editing because I got sick of it. I loved, and still love the editorial process, and keep up on the publishing industry far more than is good for someone who doesn't work on the inside any longer. The truth is that by the time I got my second book contract, I had about 25 to 30 authors on my plate to edit. I did not have nearly enough time in the day to do both, and had I continued both my books and my authors' books would have suffered. I chose writing for the simple reason that, having a family to look out and provide for, writing was a more lucrative endeavor. This might tie into your point about the awfully low salaries in publishing -- it would have taken 10 to 15 years employment to even approach that level. Yet there's not a day that goes by where I don't miss editing and especially my colleagues. My decision to leave editing had nothing to do with being 'sick' of the profession.