Murdered by the Internet or done in by its own hand? The Post puts the venerable weekly magazine up for sale 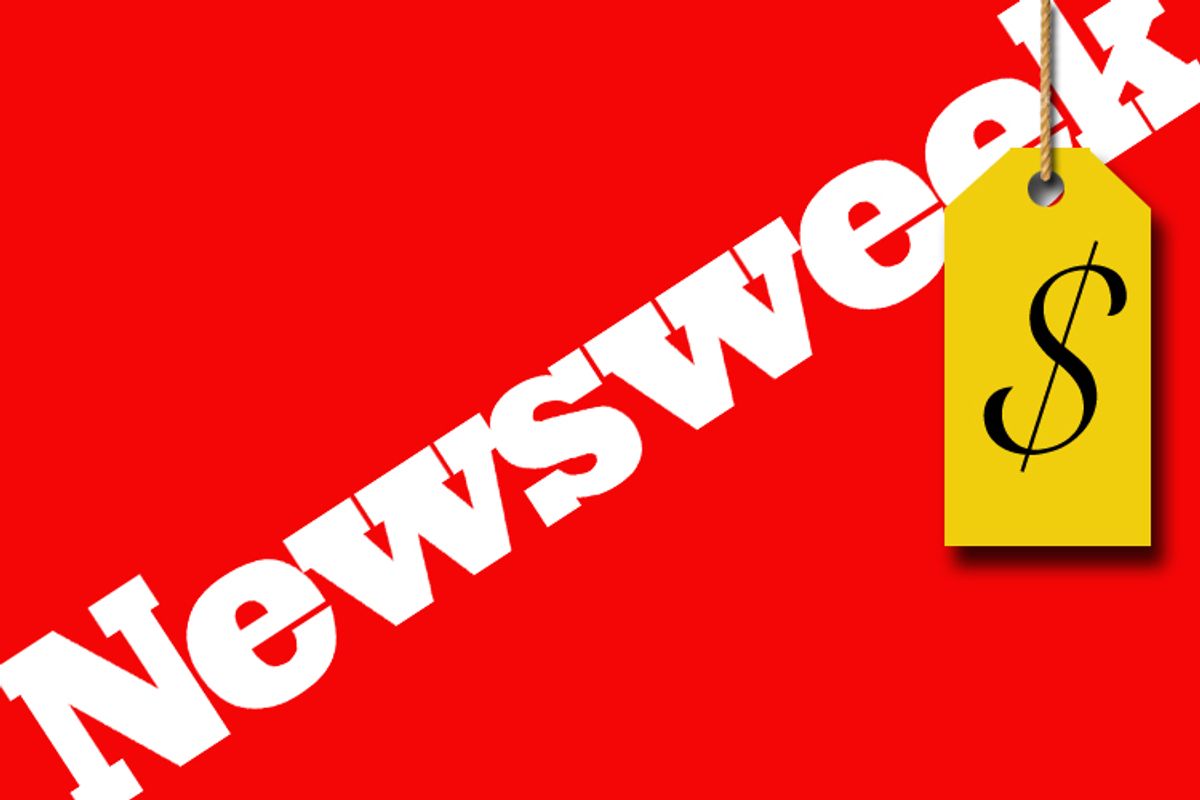 The writing has been on the wall for general interest print newsweeklies since at least as far back as the late '90s, so the news that the Washington Post Co. can no longer abide huge losses and has put Newsweek up for sale is not surprising. What would be a shock is if anyone pays more than a pittance for the publication. Of all the myriad forms of print content whose business models have been challenged by the Internet, the weekly digest was always the most vulnerable. Already stale by the time it arrived in your mailbox or hit the newsstand, Newsweek was doomed by its own format.

But aside from the sheer evolutionary pressures exerted by the changing logistics of news delivery, Newsweek must also have been doing something else wrong. I am a voracious consumer of journalism in all formats and I hardly ever find myself at Newsweek.com, whether via a Google search or a link provided by some other party or my own volition. While some magazines -- the Atlantic jumps to mind -- have managed to create lively Web sites while at the same time continuing to produce engaging long-form journalism, Newsweek seems neither to have figured out how to make itself a destination point on the Web or justify its existence in print.

The first comment posted at Newsweek itself in response to the news was "PUT IT ON ETSY!" -- a reference to the fast-growing online clearinghouse for handmade goods Etsy.com. Equating the sale of a 77-year-old publication with hundreds of employees and a paid circulation still well over a million with a cool tree stump clock might seem unfair and juvenile, but it also says something about the nature of the beast that all for-profit publications currently face. There's no inherent survival advantage in being big, or having been around for a long time, or even being affiliated with a major publishing empire. To survive, you've got to compete with people whose attention spans are being distracted by a vast array of diversions -- from online auction houses to Facebook to the latest viral YouTube video. Newsweek, despite having plenty of good writers and sharp reporters and talented editors, hasn't been able to distinguish itself.

How The World Works Media Criticism