The drill is gone: Republicans argue over offshore oil

While Newt Gingrich and Sarah Palin still promote offshore drilling, moderate Republicans are not on board 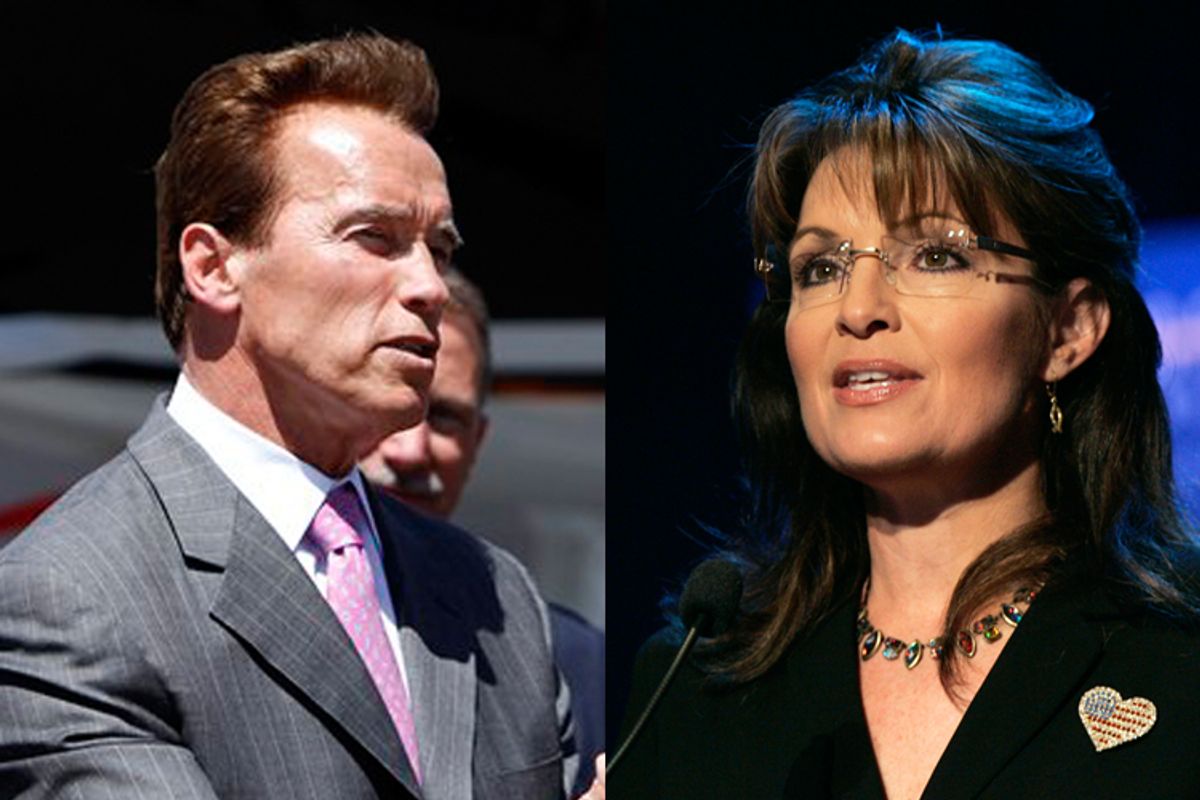 If Republicans in Congress hope to use the BP disaster to cudgel Democrats (as the New York Times reports), they may yet find themselves fighting a rear-guard action against saner figures within their own party. The looming ruin of beaches and fisheries, which now threatens to spread beyond the Gulf, is renewing hostility to offshore drilling among GOP moderates, while the right screams "drill, baby, drill" even louder. As the Times dryly observes, “enthusiasm for going on the offensive for more production amid a drilling-induced environmental disaster is far from universal among Republican leaders.”

California Gov. Arnold Schwarzenegger’s original decision to permit drilling off the coast of Santa Barbara was never popular, and after seeing video footage of the expanding Gulf oil morass, he abruptly terminated that plan. His would-be Republican successor Meg Whitman, formerly an advisor to drilling enthusiast John McCain, has announced that she would endorse no offshore oil extraction that cannot guarantee perfect environmental safety -- in short, no drilling, baby.

In Florida Gov. Charlie Crist, still a registered Republican despite his decision to run for the Senate as an independent, strongly opposes offshore drilling, which sets up a sharp debate with Marco Rubio, the winger idol who calls the BP spill “horrifying” but still wants to drill. How much damage the BP spill inflicts on Florida’s beaches may now help determine the outcome of that race. Not so long ago, offshore oil exploration was sufficiently unpopular in the Sunshine State that the petroleum-based Bush administration engineered a special exemption to protect its coastline (and its governor, then a Republican named Bush).

Moving up the East Coast, the most outspoken supporter of continued drilling is Virginia’s Bob McDonnell, who remains determined to see rigs operating as soon as possible. "This is certainly a setback,” he said on his monthly radio broadcast, “but I certainly continue to be dedicated to making us first to drill, 2012 at the latest, and over the next couple years these safety and environmental issues will be addressed.”

Such mindless complacency may disturb some of the independent voters in the state’s northern suburbs who voted for McDonnell, despite his rigid right-wing ideology, because he projected a moderate image. Further north, New Jersey Gov. Chris Christie strongly opposed offshore drilling long before the current Gulf disaster, along with Maine’s Republican Sens. Susan Collins and Olympia Snowe.

Beyond the East and West Coasts, Republican reactions to the spill have been more predictable. Potential presidential candidates including Sarah Palin, Newt Gingrich and Texas Gov. Rick Perry have all renewed their support for offshore drilling in recent days, with nods to “protecting the environment” and corporate responsibility. They insist that the largest oil spill in history -- with unknowable consequences for marine life in an enormous area of the planet -- should be equated with plane crashes, automobile accidents or a space shuttle explosion.

Undoubtedly there is a substantial Republican constituency, roughly congruent with the Tea Party faction, that rejects environmental values. But expanding the party’s reach beyond the Limbaugh fan base, as Republican leaders hoped to do in the 2010 midterm, means attracting independent voters who must be appalled by what is happening to the Gulf and beyond -- and who understand that climate change is real. Those prospects may be disappearing now in clouds of oily smoke.