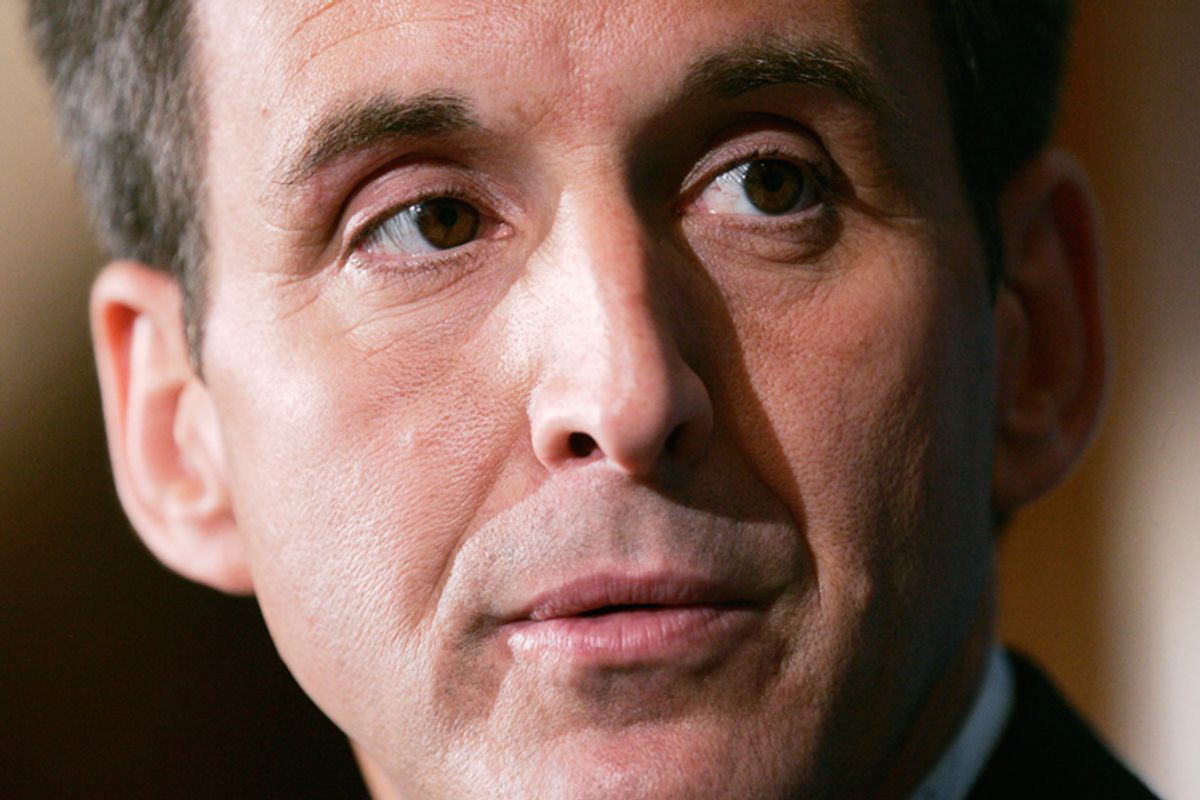 Gerson, one of the hundreds of former Bush speechwriters the Post has hired to pen columns as they "shift leftward", basically loves everything about Pawlenty, who has decided not to seek reelection:

Pawlenty is the successful conservative governor of one of the most liberal states in the union -- as if Ronald Reagan had been elected in Sweden. One explanation is his disarming, beer-sharing niceness, which is among Minnesota's main exports to the nation (exception: the seething Sen. Al Franken)

Gerson overstates Minnesota's liberalism (the state hasn't had a Democratic/Farmer-Labor governor since 1991, and it also sent Michele Bachmann to congress) and has an odd definition of "successful." The Minnesota economy is a mess, foreclosures have moved from the inner-cities to the suburbs, the state faces massive budget deficits, and while unemployment is falling off, lost jobs aren't expected to come back any time soon. All that is true of lots of states at the moment, of course, but no one is calling Arnold Schwarzenegger or David Paterson "successful." Pawlenty appears to be a victim of the soft bigotry of low expectations for "conservative" governors. (Oh, also on T-Paw's watch: an interstate bridge collapsed.)

Pawlenty's method of handling the budget crisis has generally involved refusing to do anything to raise the revenue necessary to keep the state functioning (Gerson says Pawlenty heroically "held the growth of spending to just over 2 percent annually," which means he's just another deficit spender), and then twice unilaterally imposing severe budget cuts on things like healthcare and social services. All that is kinda Reaganesque, actually.

Coincidentally, the day Gerson declared Pawlenty the Great Midwestern Hope for Republicans in 2012, the Minnesota Supreme Court ruled that he exceeded his authority when he made his most recent $2.7 billion cut. Another conservative success!

Pawlenty doesn't actually have much of a shot at becoming president. He's increasingly unpopular in his own state, especially since his decision to become a hard-right demagogue after campaigning as a friendly moderate. He never broke 50 percent in his gubernatorial campaigns and he won re-election in 2006 by less than one percent. That's one of the reasons he's not running for a third term. (Another reason is that governing a state during a massive recession and jobless "recovery" is just not any fun.) His big issue for 2012 appears to be entitlement reform, which is generally the thing Republicans know not to talk about until after they're in office. Because their old, white voters love their Social Security just the way it is, thank you.

So let's hear it for Tim Pawlenty, Minnesota's Ronald Reagan. Just like The Gipper, he will not be the president in 2013.