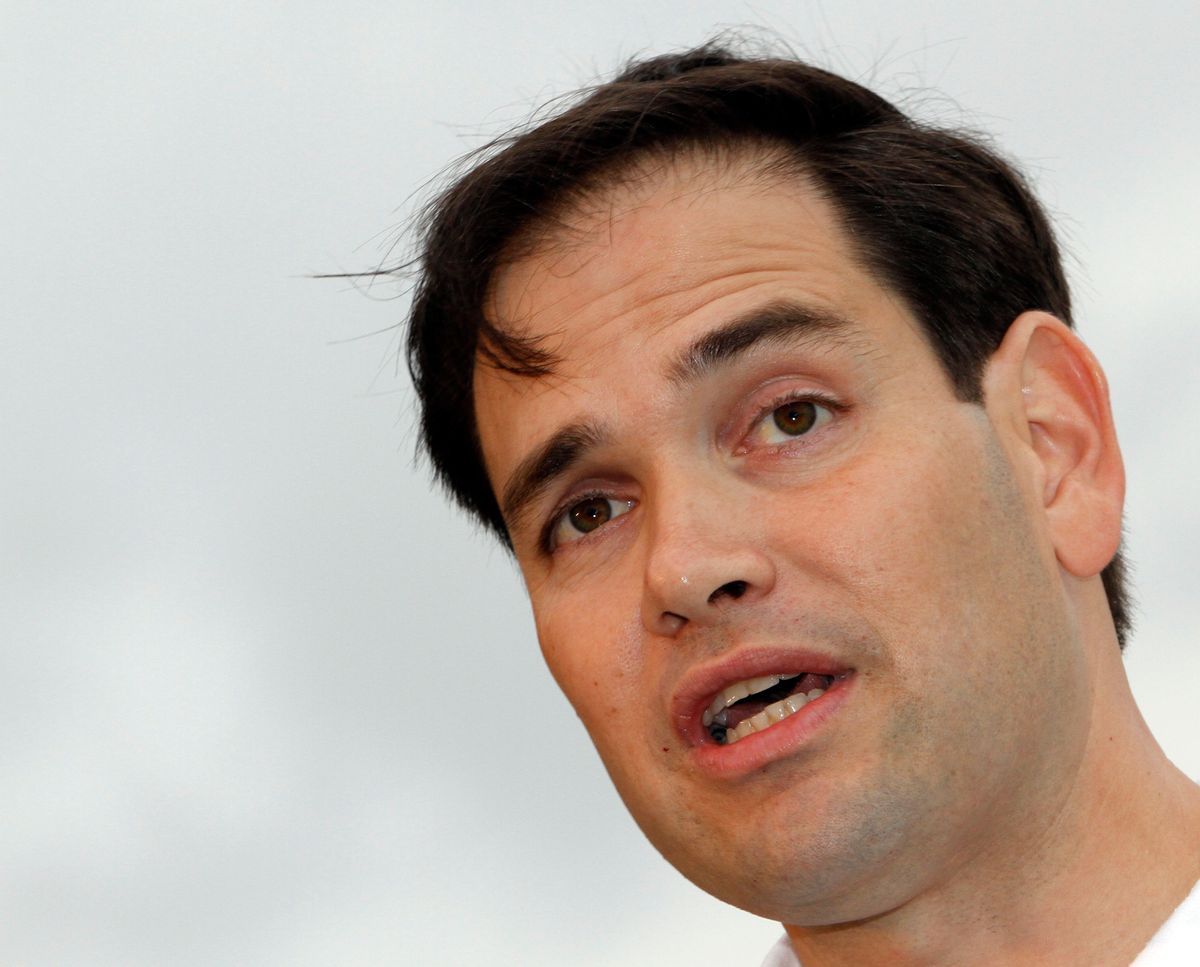 Marco Rubio, Florida's great Tea Party Hope (who is currently behind independent Senate candidate and Republican Gov. Charlie Crist in the polls), was initially a critic of Arizona's harsh new immigration law, because, come on, his parents are Cuban refugees and Florida's a place where Hispanics still vote Republican.

Now, though, he's come up with a flimsy excuse to support the bill. He probably had to, because it is mostly reactionary national conservatives supporting his Senate bid. He heard they made some changes to the bill, about something or other, so now Marco Rubio would have totally voted for the harass-all-the-brown-people bill, because we need to protect ourselves from Mexicans.

Then Rubio explained that he is against letting illegals become legal:

Rubio also rejected the notion of a "path to citizenship" or "amnesty," despite "the human stories."

"There are going to be stories of very young kids that were brought to this country at a very young age who don't even speak Spanish that are going to be sent back to Nicaragua or some other place. And it's gonna feel weird and I understand that," he said, suggesting that those hardships would be a price worth paying

Hah! That's a quote from Marco Rubio, son of Cuban refugees. Cubans were, for decades, welcome to settle in America without visas or papers or anything, and they are still allowed to enter the the U.S. via Mexico without fear of being deported.