What I understand about Faisal Shahzad

As a Muslim Pakistani, I can't tell you why he did it. But I know one violent nut can change how Americans see me 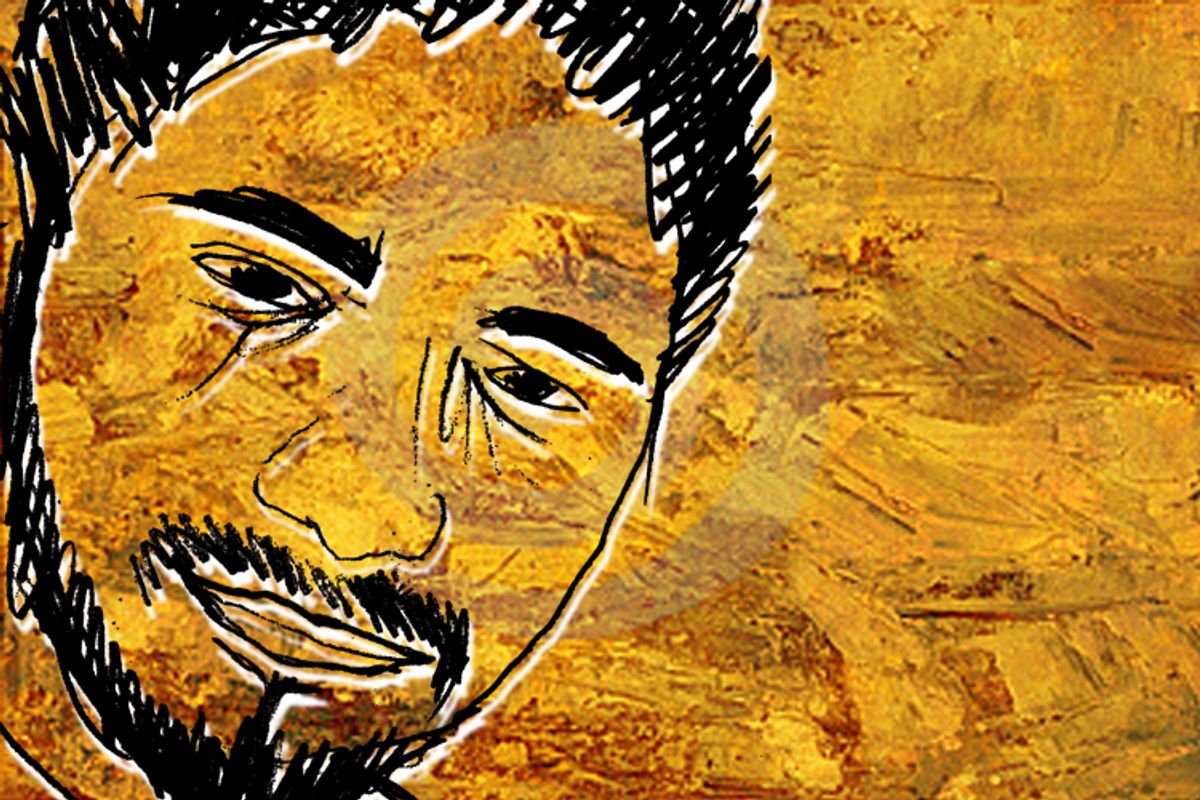 Last Saturday, I was drinking my chai, reading the latest Green Lantern comic, and participating in the glorious American hobby that is Googling when I saw the news about the foiled NYC Times Square terror plot. I immediately began reciting the "Post-Crisis Minority Mantra," familiar to many ethnic minorities and religions in these troubled times:

Back then, it wasn't. They had footage of a suspicious white guy.

But I had to invoke the mantra repeatedly over the next few days, as details emerged and the truth became all too clear: The terrorist was a recently naturalized U.S. citizen from Pakistan named Faisal Shahzad. A Muslim Pakistani.

A Muslim born and raised in America with Pakistani parents, I was the "token" at early age. Growing up, I was like any other socially awkward, overweight, dorky American kid who wanted to date Alyssa Milano and beat Contra on my Nintendo without using the secret, unlimited life code -- except my T-shirts were smeared with turmeric and lentil stains instead of PB and J, and in place of Lunchables my mom fed me homemade, green-colored, lamb patty burgers. I was the kid comfortable with all his identities -- Muslim, American, Pakistani -- and as such, I became the one people consulted when uncomfortable questions had to be asked, or misconceptions and stereotypes needed to be explained.

After news of the averted attack, I was hit with a blitzkrieg of texts, Facebook updates and gchat pings. Friends from varying backgrounds -- Mexican-American, African-American, Arab-American -- wanted to know what I thought about another "Rage Boy" foolishly attempting to commit violence with an amateurish terror plot. Several made a similar confession: How glad they were that the suspect didn't belong to "their tribe." What I did know, with a sinking feeling, was that many moderate, peaceful Pakistani Muslims like me were further doomed to collective mistrust and suspicion.

America has a long tradition of scapegoating (see African Americans, Jews, Irish and Japanese Americans), in which the criminal and moral bankruptcy of a few perverse individuals becomes an archetype for multitudes. But when painting the complex experience of Muslim Pakistanis in the mainstream media, there seems to be only two colors: "Crazy" and "Hella Crazy." Islam was recently voted "the third worst brand disaster of the decade" thanks to a few deluded individuals -- out of the vast 1.5 billion members of Muslim communities -- who have engaged in violent jihadi movements, honor killings, suicide bombings and pathetic assassination threats directed at satirical cartoonists. Honestly, I cannot blame the average American, who gets his information from cable news or hate radio, for harboring such caricatures. The misunderstanding cuts both ways: When I travel in the Middle East, I'm asked why I invaded Iraq and want to impose my imperialistic might on sovereign nations. Thanks, George W. Bush, for this staggering global misconception.

But if "Muslim Pakistani American" were an asset, it would be more toxic than the Goldman Sachs Abacus CDO. If it were a stock, it would plummet to Enron levels.

Sometimes, I long for the blurry cultural identities of the 80s, when elementary school friends lumped all Pakistani, Bangladeshi, Sri Lankan and Egyptian immigrants in one brown-hued bucket: "India." Who wouldn't rather be affiliated with "Slumdog Millionaire," Metro PCS's Ranjit and Chad, Chicken Tikkah Masala, Bhangra remixes and Bollywood instead of religious extremism and Al Qaeda? Pakistani culture has some bomb biryani, lively and critical political commentary, Nusrat Fateh Ali Khan, and dubious Lollywood entertainment. But we rarely hear anything about that.

Sometimes, I feel Muslim Pakistanis are like Daffy Duck, always cursed to have the anvil drop on our heads, regardless of our patriotism, lack of criminal record, good credit score and groomed facial hair. The moderate and innocent majority collectively bear the brunt of the sins of a deluded minority, such as Faisal Shahzad.

This is something my white friends can never understand. They never get personal blowback when one of their members commits crimes. They are like Bugs Bunny to our Daffy Duck: They can get hit with a McVeigh, Madoff, Kaczynski, the Hutaris, even W. Bush. They just brush it off, make a wisecrack, and move along untouched. They are never asked to "prove their loyalty" or face increased racial profiling and "extra loving" pat downs at the airport.

In the last two days, many other Pakistani American Muslims like me have been bombarded with one question: "Why did Faisal Shahzad do it?" Let it be known that Pakistanis and Muslims are not like the Borg, some cybernetic species with a collective consciousness. There is no broadcast frequency that alerts us to the internal machinations of an angry or confused individual who simply happens to share our skin color, ethnicity or religious affiliation. We are not "alerted" when they create their diabolical plans to commit mayhem. It's akin to me asking all my white friends: Why does the Tea Party think Obama is a Muslim? What goes on in the mind of those crazy-ass white, Christian militias who hate the government? Or really: Why do white people wear cargo shorts?

But what I can tell you is that the news hits us differently. A friend of mine born and raised in this country, who is both a religious Muslim and shares strong Pakistani roots, emailed me saying he was "ashamed and disgraced" about Faisal Shahzad. A Pakistani immigrant uncle in the Texas community was outraged that the suspect tried to commit terror despite having just "recited a pledge of allegiance to his adopted country ... still the greatest country on the fact of the earth, warts and all notwithstanding." We face increased calls to "police our own." (Perhaps people forget that it was a Senegalese Muslim immigrant by the name of Aliou Niasse responsible for tipping off the NYPD to the burning vehicle.)

But the overwhelming response to this averted tragedy amongst Pakistani Muslim Americans was simple: anger, disgust, outrage. Just like any other American.