Best jobs report yet for Obama

April payrolls swell by a hefty 290,000. The unemployment rate also ticks up, but even that is a healthy sign 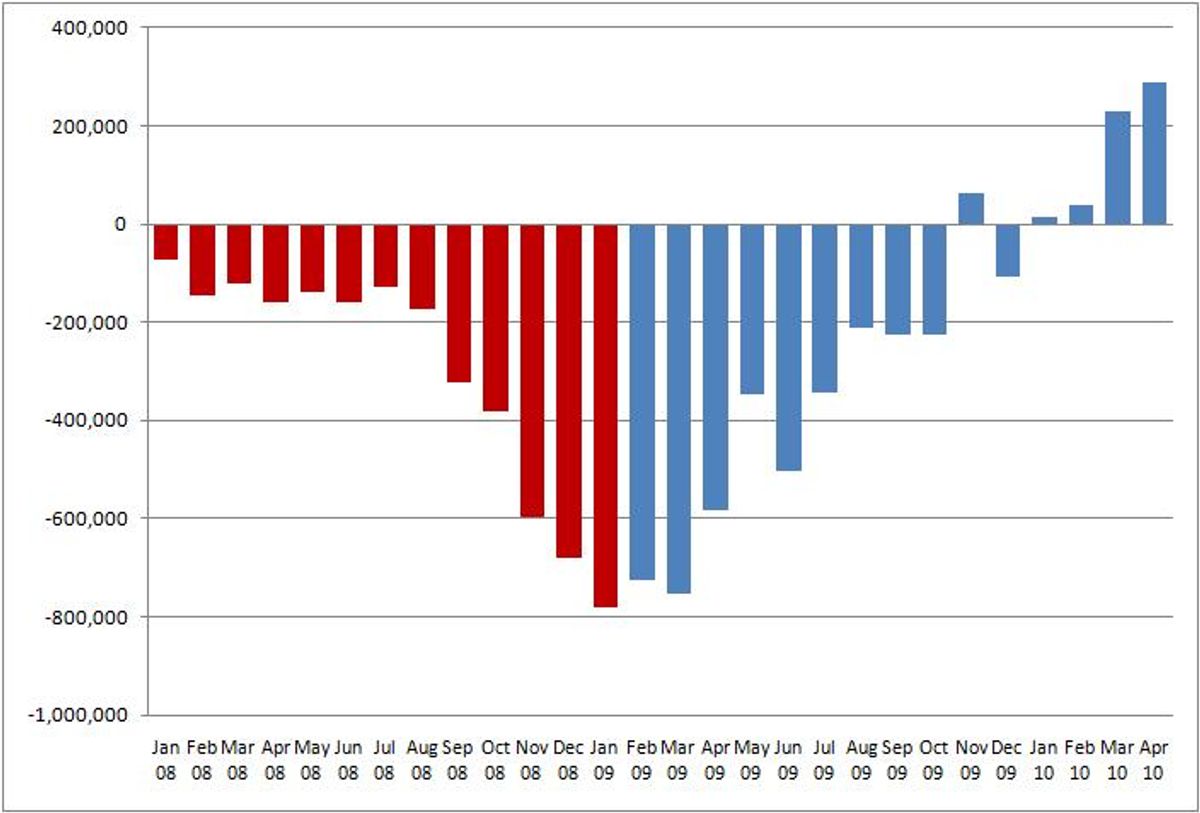 Good news on the jobs front: In its best showing in years, the U.S. economy added 290,000 jobs in April, considerably exceeding the consensus expectation of economists. Hiring for the U.S. census accounted for only 66,000 new jobs, so the underlying trend line, for now, is definitely pointed in the right direction.

The unemployment rate, however, rose from 9.7 percent to 9.9 percent. But even that jump can be seen as something of a hopeful sign, since it largely represents a sharp increase in the size of the overall labor force. Hundreds of thousands of Americans, encouraged by an improving economy, are looking for work again. The Bureau of Labor Statistics reported that the size of the labor force grew by 805,000 in April.

The total picture is by no means rosy, of course -- the U-6 measure of unemployment, which includes "all persons marginally attached to the labor force, plus total employed part time for economic reasons," notched up to an unacceptably high 17.1 percent. But for now, the Obama administration is likely feeling very pleased with itself. The jobs picture is clearly brightening.

(UPDATE: Kudos to Washington Monthly's Steve Benen, for being the first person I found to update the Obama vs. Bush jobs chart.)