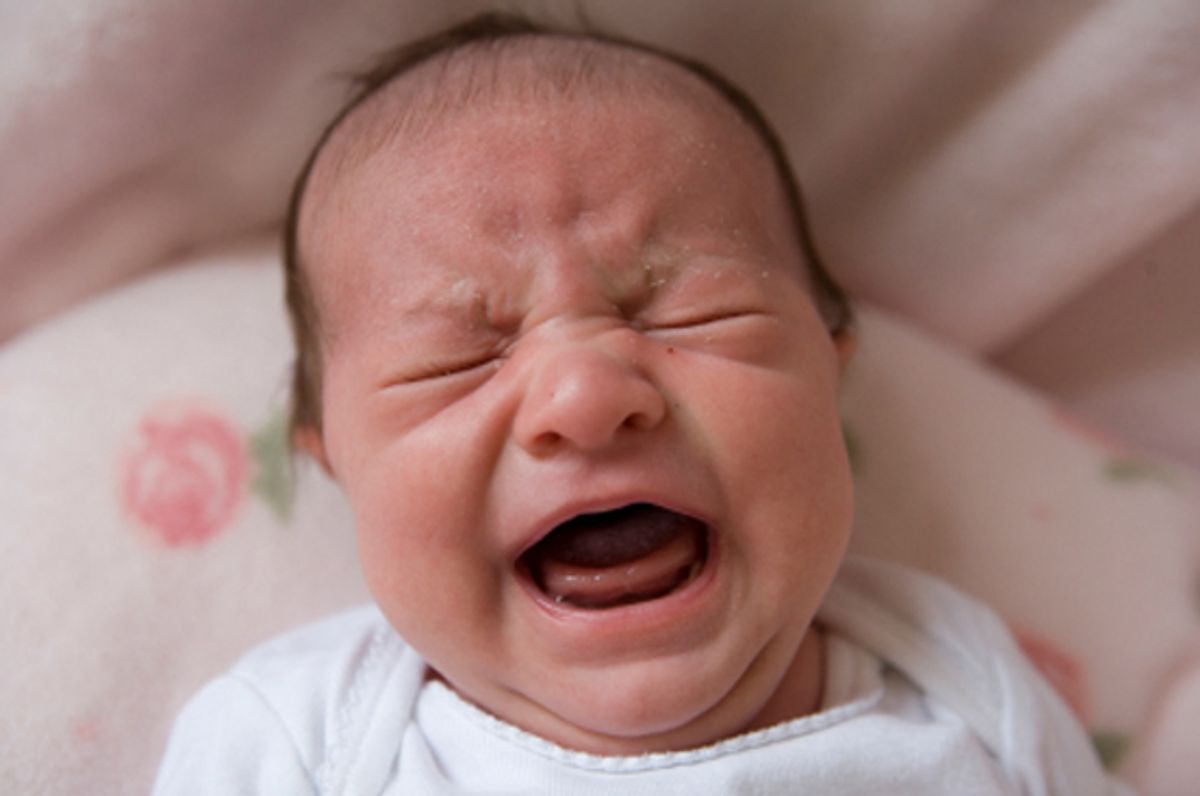 The American Academy of Pediatrics has suggested a new way to fight female genital mutilation in the United States: Allow doctors to give girls a "nick" down there. In a policy statement titled "Ritual Genital Cutting of Female Minors," the Academy suggests that allowing such a ritual could serve as a way to "build trust" with immigrant families and prevent parents from sending their girls overseas for far more extensive, and potentially life-threatening, procedures. It's a "possible compromise to avoid greater harm," the statement says.

As you might imagine, the Academy's endorsement of a ritualistic "nick" has not gone over well. PZ Myers of Pharyngula mockingly wrote: "We'll just mutilate baby girls a little bit, to make the misogynist patriarchal assholes happy." Taking a similar tack, Shakesville's Melissa McEwan turned up the snark real loud: "Girls get only a little heinous physical and psychological trauma, and their guardians get to practice their violent misogyny, just in a slightly less violent way. Yay for compromise!" I had a similar reaction. I mean, I even disagree with male circumcision (at least when there's a total absence of personal choice in the matter). But the position statement seemed so ambiguous to me that I had to give the Academy a call to ask just what it meant by a "nick." Are we talking about the sort of shallow cut that might result from the slip of a razor or full-on female circumcision, where the clitoral hood is removed? Neither, it turns out.

Dr. Lainie Friedman Ross, one of the statement's authors, compared it to an ear piercing. It wouldn't involve the removal of skin, instead it would be more like "a pin prick, a drop of blood." As she described it, the "nick" would be ritualistic and symbolic. Ross strongly disagreed with an Equality Now press release saying that the Academy's statement "essentially promotes female genital mutilation." Much of the five-page statement takes care to emphasize the Academy's opposition to "all types of female genital cutting that pose risks of physical or psychological harm," as well as the need for education to eradicate the demand for such procedures. "In an ideal world, there would be no female genital cutting," said Ross, but we clearly do not live in an ideal world. "If you just tell people 'no,' they go elsewhere," she explained, adding that a "nick" should be seen as an "option that's not ideal but is better than its alternatives."

As the statement continues to spark debate about what compromises make sense in this situation, it's key to maintain a little cultural perspective: The ritualistic "nick" the Academy is suggesting is truly not comparable to the widely accepted practice of male circumcision, which is far more extreme.