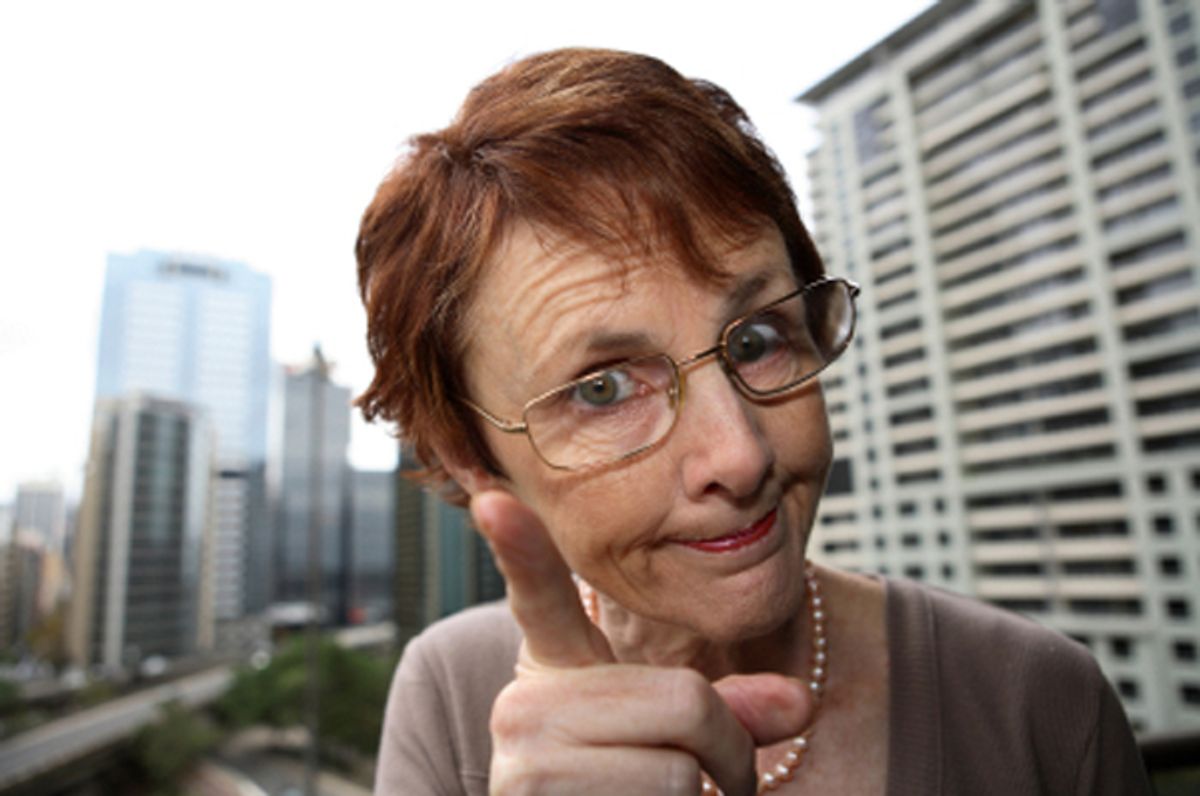 Mother's Day is a time of year when many of us reflect on our first and most complex bond in life and ask the big questions. Author Susan Faludi has taken it one step further. She wants to know, "does feminism have a mother-daughter problem?" During a speech earlier this year at the New School, Faludi unveiled some theories she's been developing about these mommy issues, and she later spoke with me to expand on these thoughts for Salon.

The phenomenon of the women's movement going in and out of vogue has been with us almost since the term feminism was coined and the smoking and drinking flappers of the 1920s looked with disdain on the dour suffragettes. As Faludi, author of the seminal feminist text "Backlash: The Undeclared War Against American Women," looked into these ebbs she noticed that early feminists often used "the language of home protection, they were mothers protecting their daughters." The women that followed, however, set about "denouncing their elder feminists as whiners and zealots," she said. "Everyone piled on mom."

On the heels of that era, feminism went largely underground and did not reappear on the mass landscape until the mythologized bra burnings of the 1960s. With their "sisterhood is power" slogans, according to Faludi, the second wave rejected "mom" altogether. "[The] inability to deal directly and handle confrontation between mothers and daughters slops over into so-called sisterhood. It's not like by saying sisterhood is powerful you get away from that dynamic. That’s where you learn to deal with women."

This has given rise to the current generation of women who denounce feminism altogether, as in, "I'm not a feminist, but ... ." Faludi sees the same culprit: "A lot of what's behind [the idea] that feminism has been 'settled' [are these] commercial and consumer terms. It's all about personal development and individual satisfaction. The political dimensions have been leeched out."

As Faludi herself exemplifies though, it’s a tough pattern to break. Back in 1997, she had her own very public argument with third-waver Karen Lehrman on Slate. It was anything but a graceful transfer of power. "I'm in a weird, limbo land," Faludi said. "I'm sort of an elder daughter of the second wave, but I’m not really a daughter. I was born in 1959 so I’m on the very tail end of the baby boom."

It certainly points to a problem larger than feminism. As a culture, our obsession with youth and beauty is intertwined with our fear of aging, a phenomenon well encapsulated by the Clinton/Palin media debacle. Think what you will of either candidate, their media smackdown has been the best thing to happen to feminism in decades. It's left most of us desperate to at least expand the range of viable archetypes. Surely there must be options for women besides the mean, old and undesirable bitch versus the sexually appealing and vacant bimbo.

Faludi thinks it’s time to redefine the terms of power. "It's not simply I get mine, or women get to individually climb up the ladder. It's about having real authority in the world." She continues with a laugh, "Given that the ladder is collapsing in these horrible economic times, now may be a good time to be exploring all this."