The week in review: Athens burned, credit markets had a panic attack and stocks got hammered 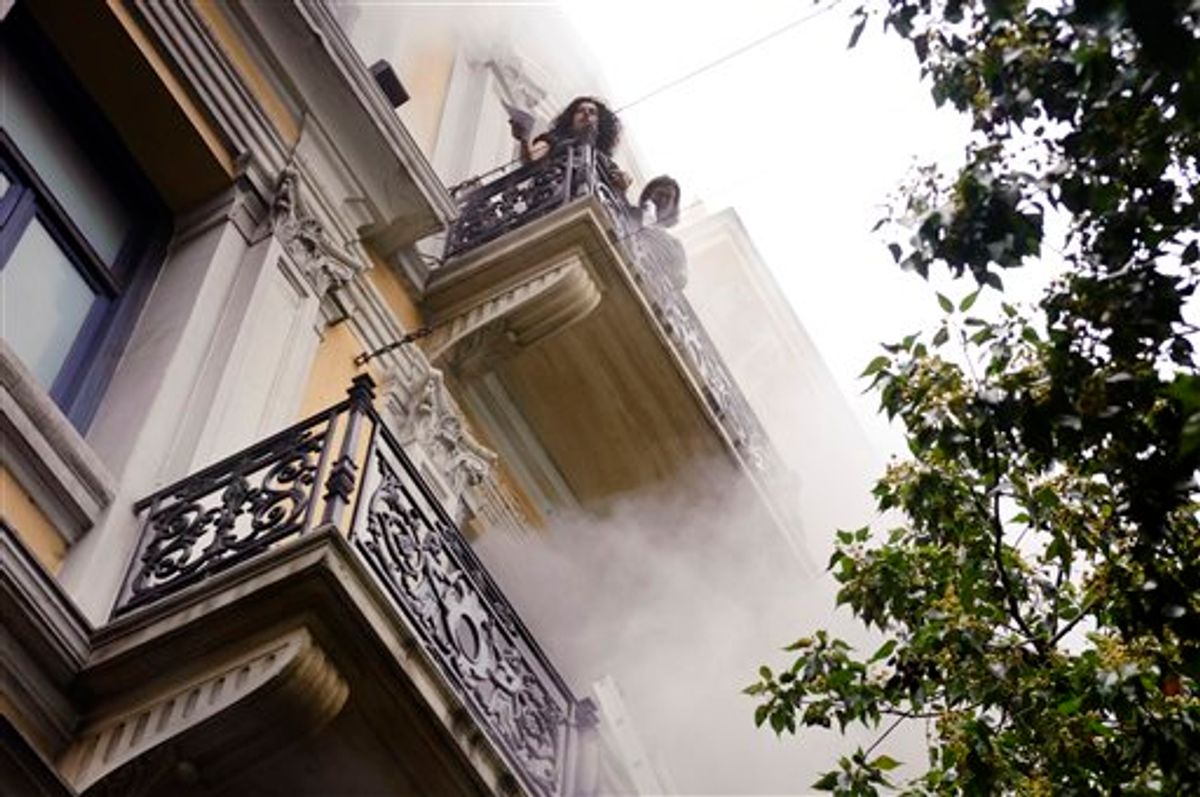 Bank employees, trapped by fire, look over the balcony ledge during an anti-government protest in central Athens, Wednesday, May 5, 2010. Three people died in the fire at the branch of Marfin Egnatia Bank, while the two women and two others were rescued. An estimated 100,000 people took to the streets Wednesday during a nationwide wave of strikes against spending cuts aimed at saving the country from bankruptcy (AP Photo/Iakovos Hatzistavrou) ** GREECE OUT ** (AP)
--

Maybe Aristophanes would be chuckling, but the juxtaposition Friday of the best labor report the U.S. has witnessed since 2006 with the clear signs that a new global credit crisis is metastasizing out of control contains a bit too much classically Greek tragic irony for my taste.

Reviewing the financial news headlines is like being dragged, screaming and kicking, on a trip down memory lane to the fall of 2008. "Bank Risk Soars to Record, Default Swaps Overtake Lehman Crisis" "Greece Fuels Fears of Contagion in U.S." "Investors Fear Uncertainty Cubed."

Felix Salmon has been more vociferous than ever this week in expressing his conviction that it is a mistake to attribute any particular abrupt market movement to a particular event, but the drop in the Dow Jones Industrial Average of 770 points over the last four days -- its worst week since October 2008 -- is no accident. Investors are hearing the words "cascading sovereign debt crisis" and running for cover. Athens was literally burning on Wednesday, sending a clear signal to the world that countries carrying big government deficits are going to have a hard time straightening out their finances, even as bond market jitters make it more and more costly for governments to pay their debts.

"The cost of insuring against losses on European bank bonds soared to a record," reported Bloomberg on Friday. Corporate bond sales are collapsing, stock markets across the globe are getting pounded, politicians and central bankers are scheduling emergency meetings -- throw into the mix a hung parliament in the U.K., gridlock in the U.S. and riots on the street in Athens and it really isn't hard at all to figure out why various U.S. stock market indices gave back all their 2010 gains this week.

Maybe it was hubris to think we could scratch our way out of the deep global economic hole we dug in 2008. Because even while Aristophanes is laughing his head off, the gods on Olympus do not seem to be amused.