The most hated man in art-house cinema

Harmony Korine has been called a fraud and a poseur. "Trash Humpers" may be his most baffling work yet 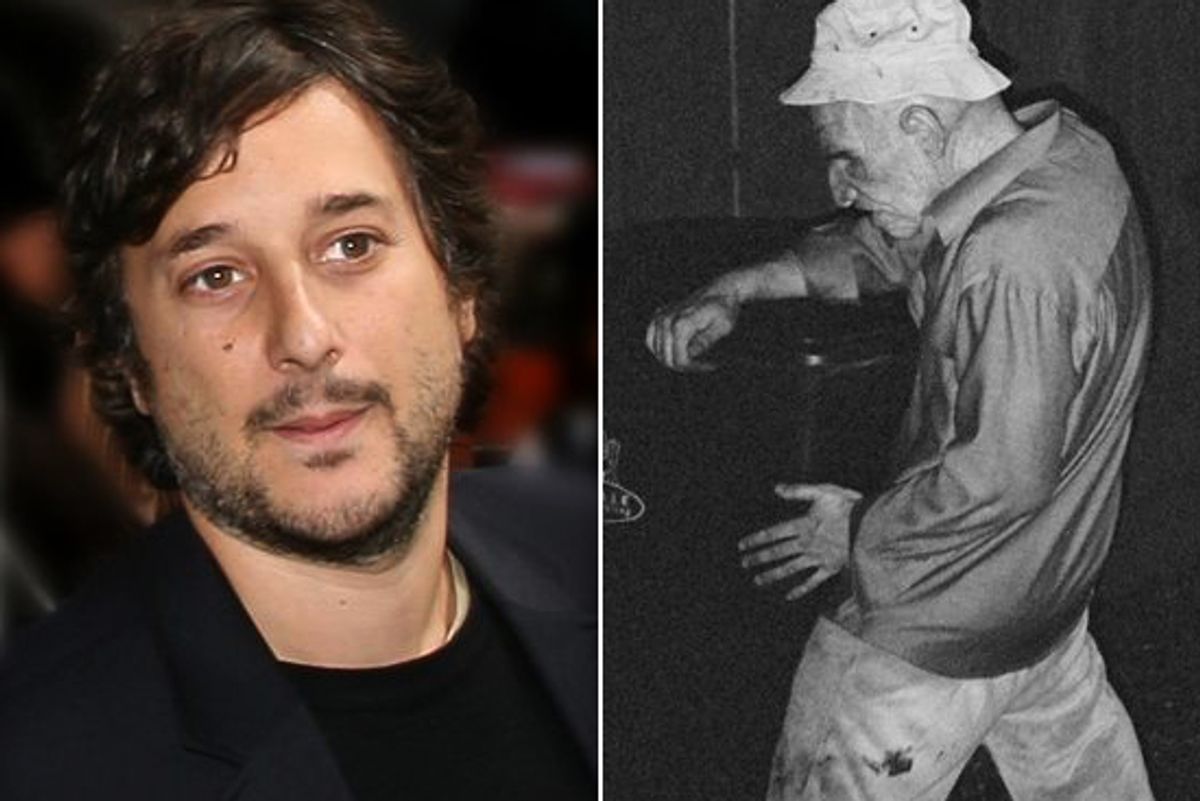 Harmony Korine and a still from "Trash Humpers"
--

Moments after the lights came up on the premiere of Harmony Korine's "Trash Humpers" at the Toronto Film Festival last fall, a twentysomething in a jaunty chapeau jumped to his feet and thrust his hand in the air, eager to get off the first question.

"So, like, what was the point of the movie?" he asked.

Without missing a beat, Korine shot back, "What's the point of your hat?"

It was the perfect Harmony Korine answer: confrontational, slightly prickly, and utterly on point. Wherever Korine's name is found in print, some variation on the word "provoke" is not far off, as often as not in the company of charlatan, fraud and poseur. Since his first film as a director, 1997's "Gummo," each new Korine opus has been dogged by the same accusations, mainly that he is a shrewd no-talent with a knack for cozying up to genuine outsider artists -- Larry Clark, who directed Korine's screenplay for "Kids," or Werner Herzog, who appears on screen in Korine's "Julien Donkey-Boy" (1999) and "Mister Lonely" (2007) -- and soullessly copping their best moves.

Korine himself has generously furnished his detractors with plenty of ammunition, from his melodramatic claim that film schools were "eating the soul of cinema" to his stated intention to make a film, called "Fight Harm," made up of footage of Korine verbally provoking random passersby into physical confrontations. (The latter was allegedly abandoned after Korine sustained serious injuries, and before his harshest critics could line up to take a swing.) While his films resist interpretation, Korine himself is all too willing to provide his own -- to explain not only the point of his hat, but why it represents a new frontier in hat-making and renders all previous hats obsolete.

"Trash Humpers" does best without an explanation. Shot on smeared, lo-fi VHS tape, the film (so to speak) is styled as a faux found object, the kind of thing that might be discovered in a pile of junk stacked by the curb, or left behind by a neighbor who skipped out on his rent. The best way to watch it is to imagine finding that tape and pressing Play with no idea what is about to unfold -- or, failing that, to sit down, as I did, knowing only the title, the director's name and the unnerving image featured in the festival catalog. The fewer expectations you bring to it, the more unanswered questions it provokes, the better.

Even in a career characterized by its single-minded devotion to alienating the audience, "Trash Humpers" stands out for its sheer perversity. As if its smudged, underlit images weren't enough of an affront to conventional aesthetics, the film appears to have been edited on a pair of daisy-chained VCRs, adding several layers of degradation to its already unsightly tableaux. The image wobbles and the sound warps as the decks whir up to speed, marred by blue-screen static and the telltale "auto-tracking" indicator that may elicit a nostalgic twinge from anyone whose memory predates the digital era.

Then there are the images themselves. With nothing but the title as preamble, the film plunges us into the world of three misshapen malcontents -- four if you count the largely unseen figure wielding the camera -- drifting aimlessly across a desolate urban landscape, sowing destruction as they go. The questions come thick and fast: Who are these people? And what in God's name are they doing? Are those deeply lined, drooping visages their real faces or gruesome masks? Are these genuine outcasts whom Korine has coaxed into appearing on camera, or fellow pranksters acting the part?

As the title indicates (no false advertising here), "Trash Humpers'" freakish protagonists do indeed get it on with what one calls "that sweet trash pussy," thrusting away at garbage cans and fellating dead tree branches. They smash televisions and fluorescent light bulbs, shoot hoops and sing songs in a screechy Southern twang. Along the way, they pick up a handful of fellow travelers, including a crew-cut boy in a Sunday suit who mangles a kewpie doll with a claw hanger and an elderly spoken-word poet in a French maid outfit. Some of them end up dead, while others just vanish.

Although they're thematically of a piece with the Humpers' (as Korine calls them) antisocial acts, the killings feel like a regrettable concession to plot in a movie that is blissfully incident-free. Shards of structure bob to the surface like the aftermath of a shipwreck, but only just enough to keep us from going under. Recurring actions or snatches of dialogue give us a sense of the passage of time, as one nattering mantra gives way to the next. The Carter Family's mournful "Single Girl, Married Girl" is taken up for several scenes, replaced by the nonsense refrain, "Make it make it don't take it! Make it make it don't fake it!" The insistent repetition drills the words into your brain, whether or not you care to have them there.

While much of the movie is devoted to gleeful vandalism, the violence sometimes gives way to pure slapstick. Moments after a chubby man in a body stocking is forced to eat pancakes doused in dish soap, Korine cuts to him reciting absurdist doggerel in the pause-ridden tones of a Shakespearean ham: "It would be nice ... to live without ... a head. Think how much money you would save on ... shampoo ... and hats."

Toward the end of "Trash Humpers," Korine finally lets down his guard, in the form of a monologue by the fourth Humper, a melted figure with a pageboy do played by Korine himself. (The others are apparently played by Brian Kotzur, Travis Nicholson and Korine's wife, Rachel, although the credits do not attach names to roles.) As he drives down darkened streets in a beat-up sedan, he delivers a soliloquy that veers between outsider manifesto and sociopathic rant:

"What people don't understand is we choose to live, like, free ... We choose to live like a people should live. I don't follow no rules on Sunday. I don't eat no pies on Monday. I don't play no games on Tuesday. I don't cry myself to sleep on Wednesday ... I guess you could call it one long, long game. And I expect we'll win it. I expect that all these people will be dead and buried long, long before I even catch my second wind. I feel like a young boy. I feel like a new man."

In a different context, that might qualify as poetry, and given that Korine has chalked up the delay between "Julien Donkey-Boy" and "Mister Lonely" to a lengthy detour into drug addiction, there's more than a tinge of autobiography as well. Korine's films aren't to everyone's taste; I've seen "Trash Humpers" several times, and I'm still not sure I like it. But for the brave souls who make it to the end, there should at least be no question of the movie's sincerity. Whatever Korine means, he really means it.