My daughter almost had a terrorist's name

For American Muslims, surnames have become loaded. This week, I'm relieved I didn't pass on my husband's: Shahzad 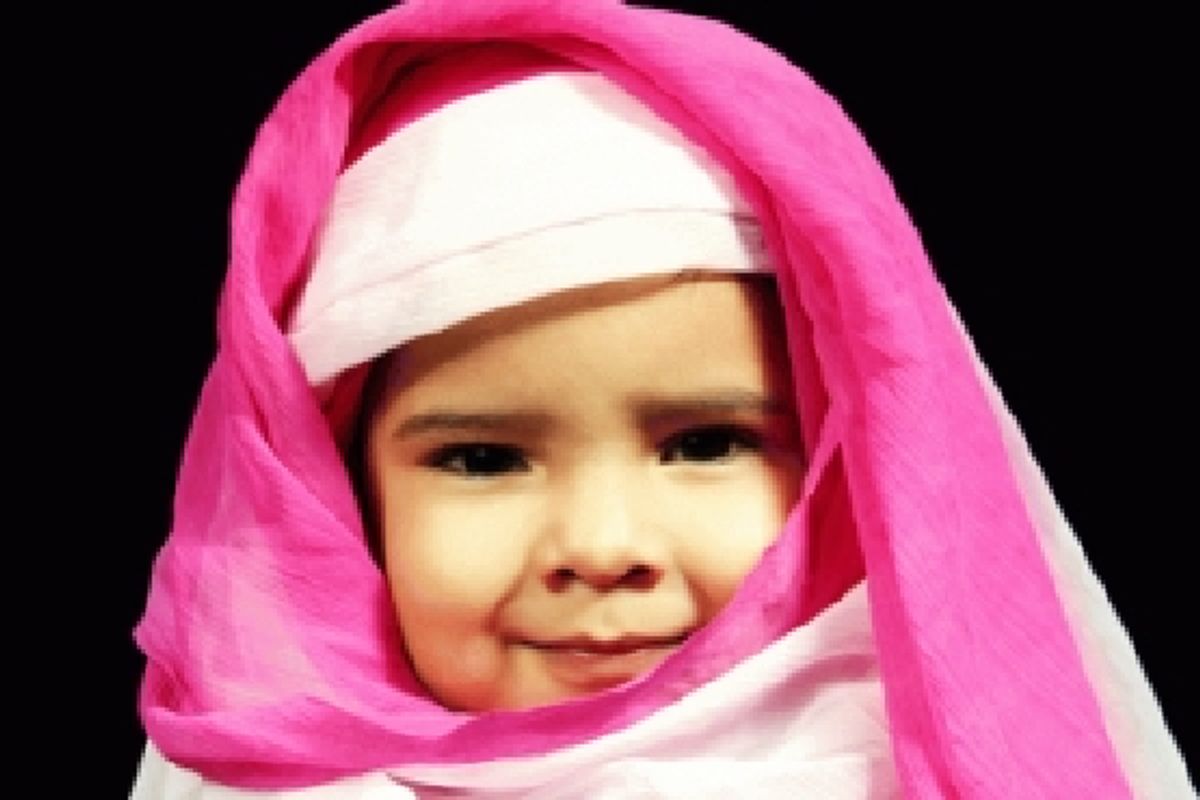 A few months ago, I gave birth to a beautiful, healthy baby girl. During my pregnancy, my husband and I both took great pleasure in making lists of names, scouring the Internet and pestering friends and families for suggestions. When our daughter finally came into this world, we gave her a name that was universal in its beauty, simplicity and association: Mariam. Mariam is the Muslim version of the name Mary, given to the mother of the Prophet Isa, whom Christians know as Jesus. Mariam, or Mary, is acknowledged in all of the Abrahamic religions. We both felt it was a fitting name for an individual born in such divided times.

The real dilemma occurred, however, when we were debating her surname. Typically, the father's surname is passed down to children, making it the "family name." My husband's surname is Shahzad. (No other shoe will drop: His first name is not Faisal.) Shahzad means "prince" in Persian. My husband's parents gave him that name despite the fact that his family name is actually Sheriff. Faced with whether to pass on "Shahzad" or "Sheriff," we chose the latter. I felt passing on the true family name would give her a sense of continuity and place. On Tuesday, as I watched the news channels announce the arrest of Faisal Shahzad, it felt like the best decision of my life.

For American Muslims, a name has become a very loaded thing. Since 9/11, when names like Muhammad, Ahmed, Abdul and Hasan appeared on the FBI's terrorist watch list and burned themselves into the national psyche, the lives of American Muslims have been affected by their names like never before. When parents name their children now, that list hovers ominously in the back of their minds. A pregnant friend of mine recently dropped the name Osman from her list, fearing it sounded too much like Osama. (Osman was a beloved Caliph and companion of the Prophet Muhammad.) Several friends have skipped Muslim names altogether, opting for Western-sounding names like Ayden and Mona, something that vexes family matriarchs to no end. No one can blame them for their paranoia; a name that is even close to the names on the terrorist list can subject the bearer to painfully long background checks at airports, denials of job applications, and strange stares at the bank, doctor's office and at school. Bearers of overtly Muslim names are vulnerable to discrimination and open hostility. Names are catching up to color as one of the major factors in hate crimes.

In these times -- when enemies are uncertain, when danger comes from so many sides -- it feels like the only thing that might be more important than the actual crime is the name of the criminal. When national tragedies appear on the front page, we scour the article for the name of the offender. Who did it? Who is to blame? The name even determines our personal and collective categorization of the crime; if the name of the perpetrator is Muslim, it is an act of terrorism. If the name is black, white or Hispanic-sounding, it is simply a criminal incident. The name dictates our response to the action, affects our law enforcement and homeland security strategies. It even colors our foreign policy.

In the midst of all this, am I glad that teachers will skip over my child's name without a second thought? Absolutely, for Mariam's sake. Yet a part of me is saddened by the thought that beautiful Muslim names, with rich meanings like "Servant of God," "One who is just" or "Follower of the righteous path" -- names associated with peaceful and distinguished men and women who contributed greatly to Islamic society and the world -- will now slowly be abandoned because the parents of a few cowards named their children after these great men and women but forgot to teach them the honor with which they lived.

Shazia Ali is a Muslim American mother, feminist and student of life. She works as a financial analyst and lives in Chicago.