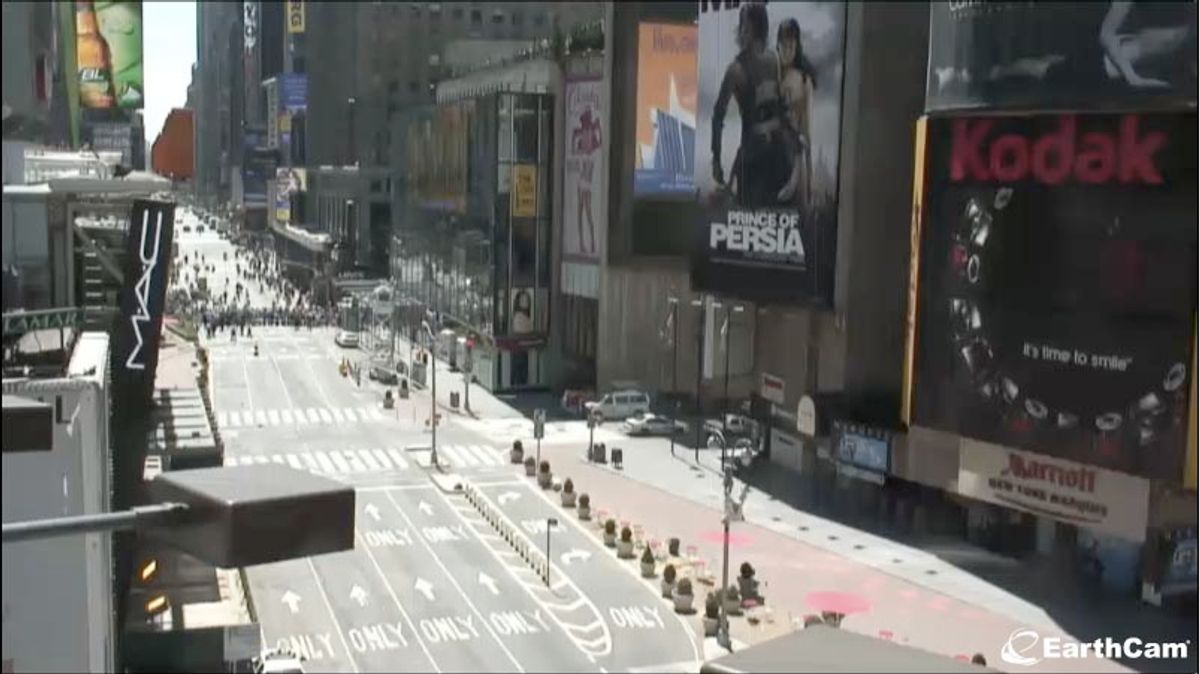 This live-cam shot of Times Square shows Broadway closed to traffic before police gave the all-clear.
--

Update: The bomb squad of the New York Police Department squad says a suspicious cooler in Times Square is not a threat.

Streets have been reopened to traffic.

Police have cleared streets around Times Square after finding a cooler left on a sidewalk on the same block where a failed car bomb was found over the weekend.

NYPD spokesman Paul Browne says police have created some distance between the cooler and people. He says they are "in an abundance of caution" and looking into whether the cooler was abandoned by someone.

Browne says no buildings have been ordered evacuated. Three blocks around Times Square were closed as a precaution because the cooler was found about a block from where a failed car bomb was found Saturday night.

No other details were immediately available. The call was received about 1:15 p.m.