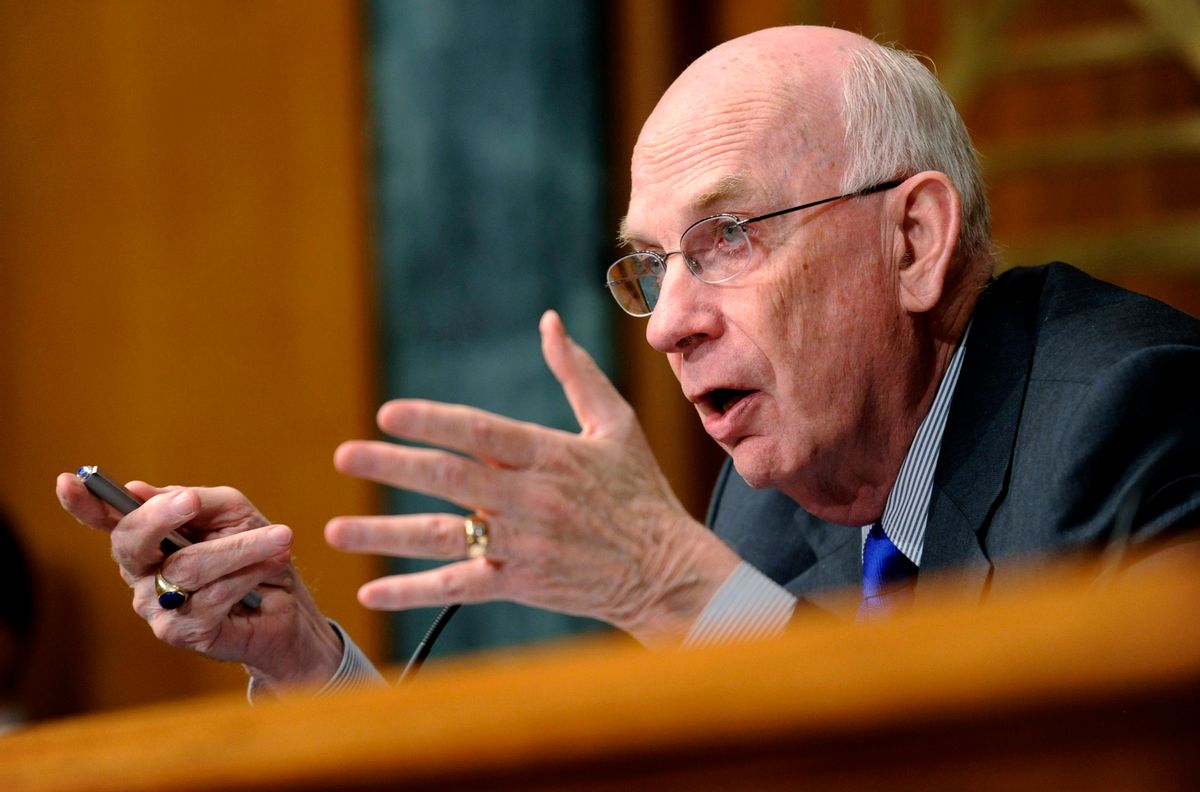 Josh Loftin, the managing editor of Salt Lake City Weekly, will be covering tomorrow's Utah Republican Convention, where three-term Sen. Robert Bennett's career will be on the line, for us. He provides this preview:

Three issues will dog Bennett when he tries to escape the Utah Republican Convention without losing his seat on Saturday: the Troubled Asset Relief Program (TARP), his compromise version of healthcare reform, and his incumbency.

His incumbency, in fact, may be his worst enemy with the 3,500 delegates who will decide his political future, because many of them were elected, in March, during Utah's unique/bizarre caucus system with a thirst for establishment blood. Most of them are more conservative -- Tea Party zealots and Eagle Forum activists -- than even mainstream Utah Republicans, who are already among the most conservative voters in the country.

Polls repeatedly show that Bennett will lose in the convention, despite having Mitt Romney introduce him. He is trailing two challengers, Tim Bridgewater and Mike Lee, although Bridgewater's lead is miniscule. Both challengers are political veterans, despite having never held elected office. Bridgewater, who has made millions in various business ventures, has multiple failed congressional runs under his belt and was a regional coordinator for Sen. John McCain's failed presidential run. Lee, an attorney with a passion for constitutional law, has more backroom experience, most notably as the chief counsel for former Utah Gov. Jon Huntsman (now the ambassador to China) and as a law clerk for U.S. Supreme Court Justice Samuel Alito.

"[Bennett] is a three-term incumbent for a reason. He knows the convention system ... it would be ridiculous to count him out," Hauser said. That said, Hauser sounded confident that if there were a primary, it would include Lee and either Bennett or Bridgewater.

Bridgewater has been considered the third candidate for most of the campaign, but the last couple of weeks have given him a boost with delegates, especially as other candidates focused attacks on front-runner Lee and incumbent Bennett. Currently, said campaign manager Greg Hartley, Bridgewater is the second choice for a lot of delegates, which will push them into a primary against, most likely, Lee.

"We feel like we have the momentum. We haven't peaked yet, while other candidates peaked too soon," he said.

All told, seven candidates are competing for the nomination. Realistically, only four of them will have an impact at the convention, during which there will be three rounds of voting. After the first round, the top three candidates advance, unless one of the candidates receives 60 percent or more. The second round narrows the field to two, and the third decides whether there will be a primary -- dependent on whether a candidate can get 60 percent in either of the last two rounds.

That fourth candidate? Cherilyn Eagar, a strong-willed woman and long-time activist with groups like the Eagle Forum. She has practically cornered the market on the hyper-conservative wing of the party, and her stump speeches can swing delegates her way. She has passionate supporters, but she may not have enough to get out of the first round. On the other hand, both Hauser and Hartley said it would not surprise them to see Eagar knock Bennett out early by capturing the undecided votes.

At this point, Bennett is just trying to survive convention and get to a primary, where he has a good chance of winning. But getting Bennett into a primary requires a few upsets and surprises. On the upset front, the further Eagar goes, the better for Bennett, because she is even too conservative for many of the self-described conservative delegates. On the surprise side, Romney pulling a Jimmy Chitwood and announcing that he's decided to run for president -- but only if Bennett is elected -- could certainly swing many voters.