Who carries the most passengers? Why no U.S. carriers with five-star ratings? And which sad loser got one star? 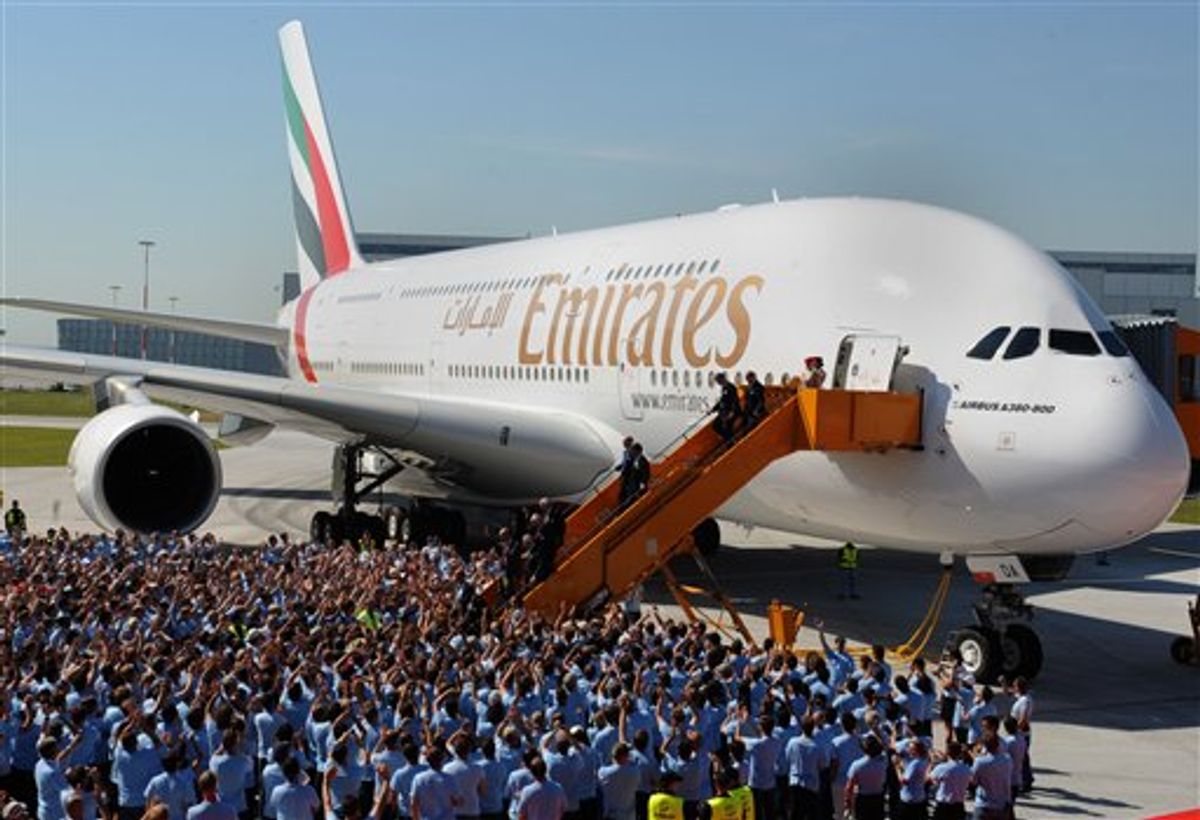 "Emirates Airline, owned by the government of Dubai, is a small presence among international giants," so said a USA Today front-page story on May 5 written by Kevin Johnson and Thomas Frank. They were talking about the arrest of would-be Times Square bomber Faisal Shahzad at Kennedy airport. Emirates, the reporters continued, offers "just two daily direct flights to the United Arab Emirates."

That was a coffee-spitter if ever there was one, and about the most ludicrous characterization of an airline I've ever heard. A small presence * in the United States * is what they meant, I think. Say what you want of USA Today, the paper's air travel coverage is comparatively decent most of the time, and we'd expect Johnson and Frank to have a reasonable grasp of the global airline scene.

At last count, Emirates is the eighth-largest airline in the world measured by revenue passenger kilometers (RPKs), ahead of players like JAL, Qantas, Singapore Airlines and Cathay Pacific, and just a notch behind British Airways. Its all-widebody fleet includes the planet's largest number of Boeing 777s and A380s, with over 50 of the latter still on order. It operates hundreds of daily flights, not "just two," into its Dubai mega-hub.

There isn't anybody, anywhere, who could call that a small presence.

Not that there aren't bigger carriers.

Which got me thinking. The announced merger between United and Continental is going to result in one very, very large airline. "Continented," as I'm calling it, will soon be flying around 750 planes, including an immense fleet of 747, 767, 777 and 787 widebodies, and hauling some 110 million customers each year.

Curious to see where the rest of the major carriers will fall in context, I broke out the latest copy of Air Transport World's "World Airline Report."

Airline size is a relative thing. It depends how you measure it. The simplest gauge is just to tally up the total number of passengers carried annually. Using this method, the largest carrier on the planet over the past several years has been -- would you believe it -- Southwest. That's fairly astonishing for an airline that operates nothing but short-haul 737s. Frequency. Volume. Quantity.

But a more accurate metric is something called a revenue passenger kilometer, or RPK. One passenger traveling one kilometer equals one RPK. In other words, flying a hundred people from Cape Town to London outscores flying them from Dallas to Phoenix. Except, running Dallas to Phoenix 12 times a day can make up the difference. Thus RPKs account for customer volume, frequency of flights and distances flown.

This kicks Southwest down to a more realistic seventh place. By the same token, Emirates is the planet's eighth largest in RPKs, yet fails to crack the top 20 in passengers (still not "small presence" material by any stretch, but smaller). Little known China Southern is at No. 6 in total passengers, but 14th by RPKs. And so on.

The 20 largest airlines in the world, ranked by RPKs (excludes regional subsidiaries)

You'll notice that Air France and KLM are counted together. I wish this weren't so, but that's the way the data is tracked. The two companies merged in 2004, but have kept separate operational structures, with independent fleets and employee groups.

You might be tempted to think of the biggest airline as the one with the most aircraft, but capacity differences make this reasoning specious. American Eagle, for instance, has more planes than JAL, Qantas or All Nippon, but is nowhere close when it comes to passengers or RPKs. For the record, Continented and Delta hold the top positions with about 750 jetliners each, followed by American with just over 600. Air France's 260 (not including KLM) comprises the largest non-U.S. fleet, followed closely by Lufthansa and China Southern. FedEx, incidentally, has 340 jet freighters, and UPS 220. Obviously these totals are subject to frequent change as planes are bought, sold, mothballed and retired.

Is there a correlation between size and profitability? Not really. Going back to that "World Airline Report," here were the top-10 best-performing airlines, measured in annual net profit:

Plenty of stars on that list, but almost no stars and stripes. We're used to this, sadly. Year after year, it seems, carriers outside the United States tend to be profitable while our own biggest airlines slip deeper and deeper into the red. Why is this? That's an enormous question that we simply don't have time or space to adequately answer. Competitive environment, state ownership and subsidies, and the price of labor all play a role.

Though not always in the ways, or to the extent, that people think. Take the second factor. Not all of those 10 carriers in the above list are privately run, bringing up the issue of governments that provide tax breaks, subsidies and other favors for airlines they sometimes own outright. There's a widely held assumption that this is done excessively and unfairly, but in truth the degrees vary. For example, many EU and Asian carriers have been upset over the massive expansion of Emirates, which they attribute to coddling of the carrier by its owner, the government of the United Arab Emirates. Perhaps, though a pair of audits by two renowned investment houses concluded otherwise. "We could not find anything in Emirates' accounts which indicated that the business is subsidized directly or indirectly or given undue preference," said one representative, speaking in Air Transport World. People point out that Emirates pays no corporate income tax, but as the ATW feature noted, it also bears significant social costs by providing housing and education for thousands of expatriate employees.

Meanwhile, neither size nor profitability is a firm indicator of customer satisfaction. Which are the best carriers, in terms of overall service?

Let's see what SkyTrax says. SkyTrax is a prestigious air travel advisory group that ranks carriers on a scale of one to five stars. Currently only six airlines meet the group's strict criteria for five-star status, awarded only to those "at the forefront of product and service delivery excellence, often setting trends to be followed by other airlines." They are, alphabetically:

The rest of the Americans are all in the three-star category, having achieved "a satisfactory standard of core product across most travel categories, but poor or less consistent standards of staff service/product quality in selected on board or airport features." This is the biggest group by far. Delta, United, American, US Airways and Continental join the likes of Ethiopian Airlines, Aerolineas Argentinas, Pakistan International, Iberia and dozens of others. Southwest is here too.

It could be worse. Thankfully there are no Americans among the 25 or so names on the two-star list. Here you'll find Cubana, Uzbekistan Airways, TAAG Angola and Biman Bangladesh. And Ryanair.

The one-star list contains but a solitary finisher, the mysterious Air Koryo of North Korea.