I meant to write about my grandma's best dessert for Mother's Day, but stories have a way of changing themselves 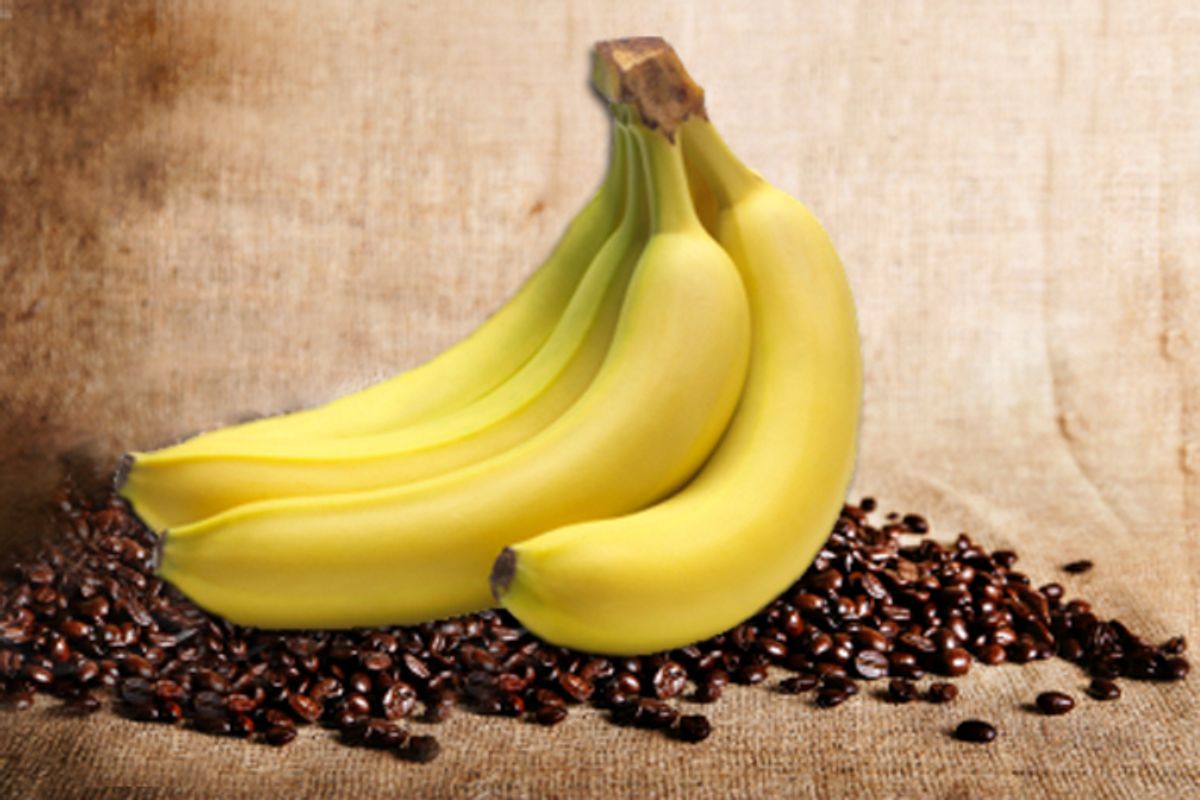 This column started, a little black-heartedly, as a Mother's Day anti-tribute to my grandmother. I grew up terrified of her: always dressed in amorphous black dresses, a dark cloud that literally lived in our basement, quick with a lashing with her tongue, sticks or an open hand.

She was a great cook, but this wasn't going to be one of those "her food saved our relationship" stories. She once accidentally dropped sugar into a wok of fried rice. When I asked her why it was sweet, she snapped at me for being too stupid to understand anything. No, it was going to be a bitter story of salvaging the one true good memory I have of her cooking: the velvety coffee banana pudding she would make for parties.

But it's not going to be that story, because it turned into something else when I asked my mother if she knew how to make it.

"I thought she just bought coffee Jello and put bananas in it! But I'll call her up and ask her!" she replied perkily in an e-mail. (Mom is the world's perkiest replier of e-mails, averaging more exclamation points than sentences.)

It wasn't easy for Mom to do that, probably. To this day, she can't get on the phone with her mother without enduring an hour of haranguing on a wide range of subjects, starting from the terrible way the beds were made for her last visit and usually leading back to her complete failure as a daughter, mother, sister and human being. When Mom is with her siblings and the phone rings, they look at each other and laugh nervously. "You pick it up," they say, men and women in their 60s tossing a cellphone back and forth like a game of hot potato.

But there Mom was, intrepidly calling the woman who's always treated her in a way that I won't write about in public, to ask for my pudding. I suddenly remembered being 17 -- long too big for Grandma to hit, too dismissive to let her insult me -- casually saying how I still hated her. "You shouldn't hate her," Mom said gently. "Without her you wouldn't have your own mother. Whatever she did, she still gave birth to me, and she still raised me. So we should respect her."

Over the next week, I got daily e-mails from Mom, reporting on what Grandma told her about the pudding, telling me her own memories in her mother's kitchen:

When we were small, she made a lot of cakes to entertain her mah-jongg friends, and I was the poor kid having to mix it. So I got all the calluses on my right hand! Then when we were young, she constantly made ma-tai-go (horse shoe cake) and when she lived with us in New Jersey, she liked making the coffee pudding, every time to an extent we were afraid of them. Now we MISS them!

She volunteered to test the recipe she gleaned from her mother's shaky memory, describing her process -- in the poetry of immigrant English -- as "try an error." She wrote me the next day, describing in hundreds of words how she did it (now you see where I get it from), and finishing her e-mail with a section titled "What boo-boos I made." Naturally, she forgot to use half of this and tried to add in twice of that, and it was all boo-booed up. So she offered to make it again, and again.

"Mom! I forgot to tell you I need pictures to run with the story!" I texted her yesterday. And last night, at 4:30 in the morning, she texted back, "I found some, from around the time she like to make that pudding. We look so much younger!" And at 5:30 I got another text telling me that she can't figure out how to use the scanner, and so she'll have to try again in the morning.

And at some point, while I was mixing up my own batch of my grandmother's coffee and banana pudding, getting another e-mail from Mom about how hers was turning out, I remembered being in sixth grade, up until midnight for the first time doing my homework and crying from tiredness, when my mother came in to sit by me and urge me on. And it occurred to me: This story is not about my grandmother, and it's not about this dessert. It's about my mom, and how she will still, to this day, drop everything and give up sleep to help her kid out with his homework.

So thank you, Ma. I love you. Happy Mother's Day.

And thank you, too, Grandma, for giving her to me.

Serves 4-6; recipe easily doubles for a party with aunties and uncles

This probably isn't much like any pudding you have ever made, but rather, a "pudding" style popular in Hong Kong that's set with gelatin, much more like a panna cotta than a soft custard. My grandmother would make this in a bundt cake pan or jello mold. It's firm enough to just barely be sliceable, but melts deliciously on the tongue, rich but not heavy.

You may well want to add more coffee -- and especially sugar -- than I have here, but this is more like what my grandmother would serve. As my Mom puts it, this "suits the Orientals' tastes."

Special equipment: A cute jello mold is nice (silicone is easiest), but a wide, flat bowl or even a baking dish works fine as a mold. Or chill in individual molds or bowls.

Serve straight from the mold or turned out onto a dish (careful!). For help turning it out, run a thin knife around the edges. If it still doesn't want to come out quickly, dip the whole mold in hot water for a few seconds, turn the dessert out, and then chill again in fridge for 20 minutes before serving. Best served within a day, but will keep for several.