And become much more crowded, thanks to a filmmaker who is taking the cultural phenomenon in a different direction 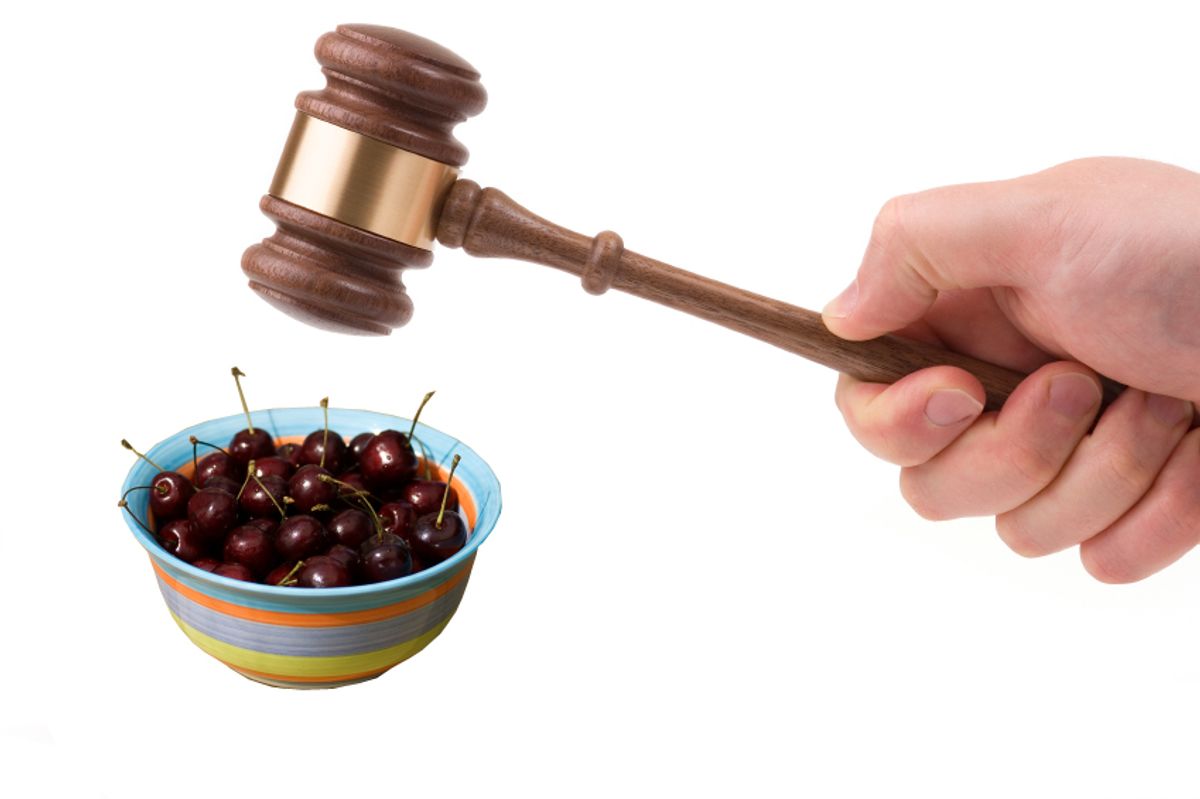 Gavel in the hand (Andrei Tchernov)
--

The trend of individual virginity auctions is so last year. An Australian filmmaker has an updated approach: Round up some young virgins -- female and male -- sell them in a bidding war and make a documentary about the whole thing.

Starting bids will be made online, but the actual auction will take place at a Nevada brothel, since director Justin Sisely has already received a warning from Australian authorities that doing it on his home soil will get him arrested. Each virgin will be paid $20,000 on top of 90 percent of their sale price, according to The Daily Telegraph (via Jezebel). It's unclear whether the actual deflowering process will be filmed, but it seems unlikely since Sisely frames this as a high-brow pursuit. The project's website explains that the film will ask participants questions like: "What do you think it means to be a virgin and do you feel virginity has value in the 21st century?" -- it would seem their participation answers that question, no? The site also explains that the "objective is to create a discourse that questions the repressive religious, political and social mechanisms that limit the ways that we can understand and act upon our individual sexual natures."

That's certainly a worthy aim, although it isn't clear why a virginity auction in particular is the best avenue for exploring these questions. It sounds more like a setup for, say, a "Real World"-style documentary about prostitution -- and odds are the result will be about as "real" a reflection of sex work as the MTV show is of reality. Already, one of Sisely's "castmembers," a 21-year-old who goes by the pseudonym Veronica, is trying to distance herself from the whore stigma. "Technically I'm selling my virginity for money, technically that would be classified as prostitution, but it's not going to be a regular thing, so in my head I can justify that I'm not going to be a prostitute," she told The Daily Telegraph. You see the same sort of "technically, but" rationale and disassociation when it comes to "high-class call girls": It's not really "prostitution" unless you're selling it on a corner out of total desperation. As long as you aren't walking the streets, you aren't one of those girls. Of course, that's a huge part of the appeal of a virginity auction. After all, what are the bidders really paying for? A sense of purity and, in some cases, the thrill of defiling it.

As for the introduction of men into the virginity auction trend? It was only a matter of time. I wonder, though, what kind of reception they'll get from women. At least one of the male cast members is willing to swing either way, and several of the auditioning cast members seem to identify as straight. Nevada's last flirtation with a straight prostidude didn't go so well: Markus, the country's first legal man-for-hire, quit after landing fewer than 10 customers in his first two-months. Then again, maybe that will make for a more interesting exploration of those aforementioned "repressive religious, political and social mechanisms."