Charles Djou will be Hawaii's Scott Brown (for a couple months)

National Democrats pull out of a special House election, but not because the Republican is unbeatable 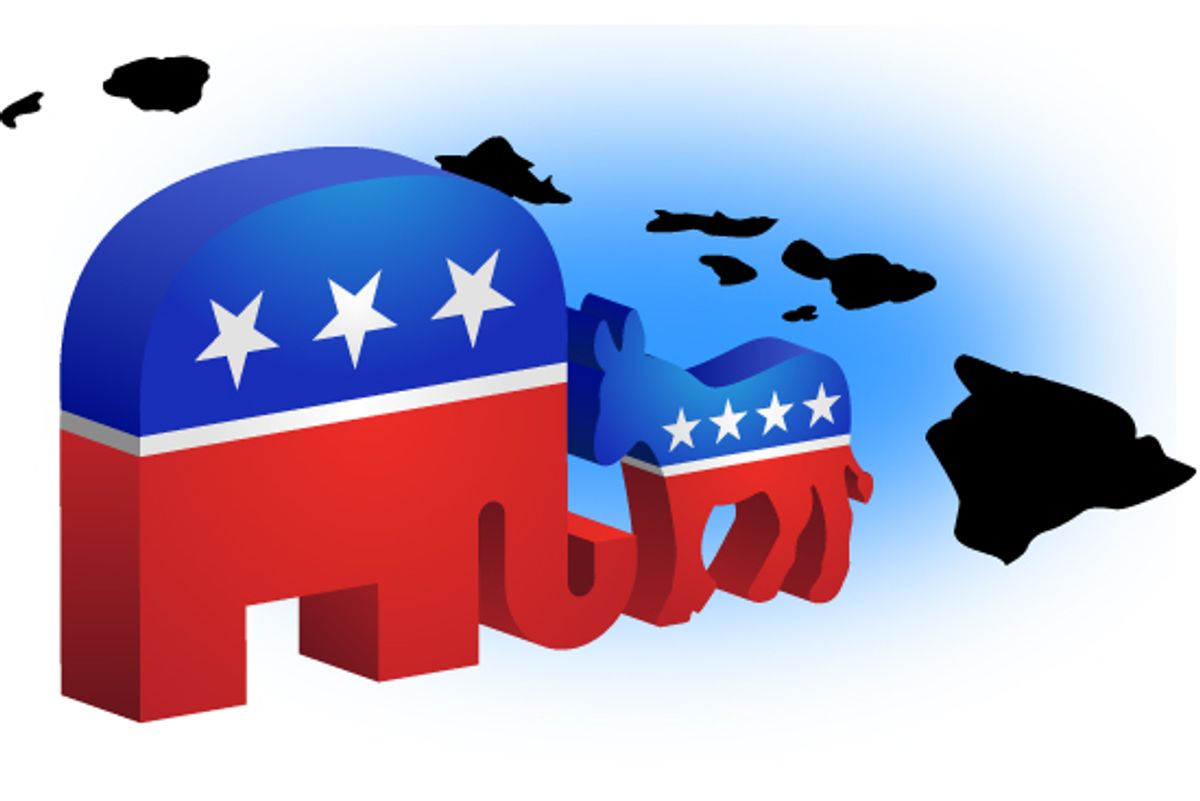 The Democratic Congressional Campaign Committee has pulled out of the special election in Hawaii to replace Democratic Representative Neil Abercrombie, who stepped down to run for governor. That's right, the Democrats have practically conceded the seat. This solid-blue district could soon be represented by Republican Charles Djou.

And, should that happen, Djou will suddenly become a very famous and popular politician, with a lot of Facebook fans. He will be invited on MSNBC and CNN and Fox almost every day. I mean, a Republican elected in the district where Obama grew up? The symbolism will be impossible to resist! Even Hawaiians reject Obama and Pelosi's big-government tax-and-spend socialism!

Of course, the DCCC is only pulling out because neither of the two Democrats running to replace Abercrombie are willing to drop out, and right now it looks like they'll split the vote. The DCCC supported former Representative Ed Case. Hawaii's senators support Colleen Hanabusa. (Obama even had to cut an ad begging people to vote, vaguely, for "a Democrat.")

And the winner of the special election will only serve the remainder of Abercrombie's term. And that term ends, like all House terms, with this Congress. So the winner of this election will be up for re-election in less than six months. And in November, there will just be one Democrat running.

So if Djou wins on May 22 and you hear any pundit talking about what this "means" for Democrats or Obama or congressional Democrats battling for their political lives, please remember that all it really means is that instant run-off voting would be awesome.