Smart money says Kagan will be confirmed, with some grumbling

Absent much hard information, expect liberals and conservatives alike to do a lot of reading between the lines 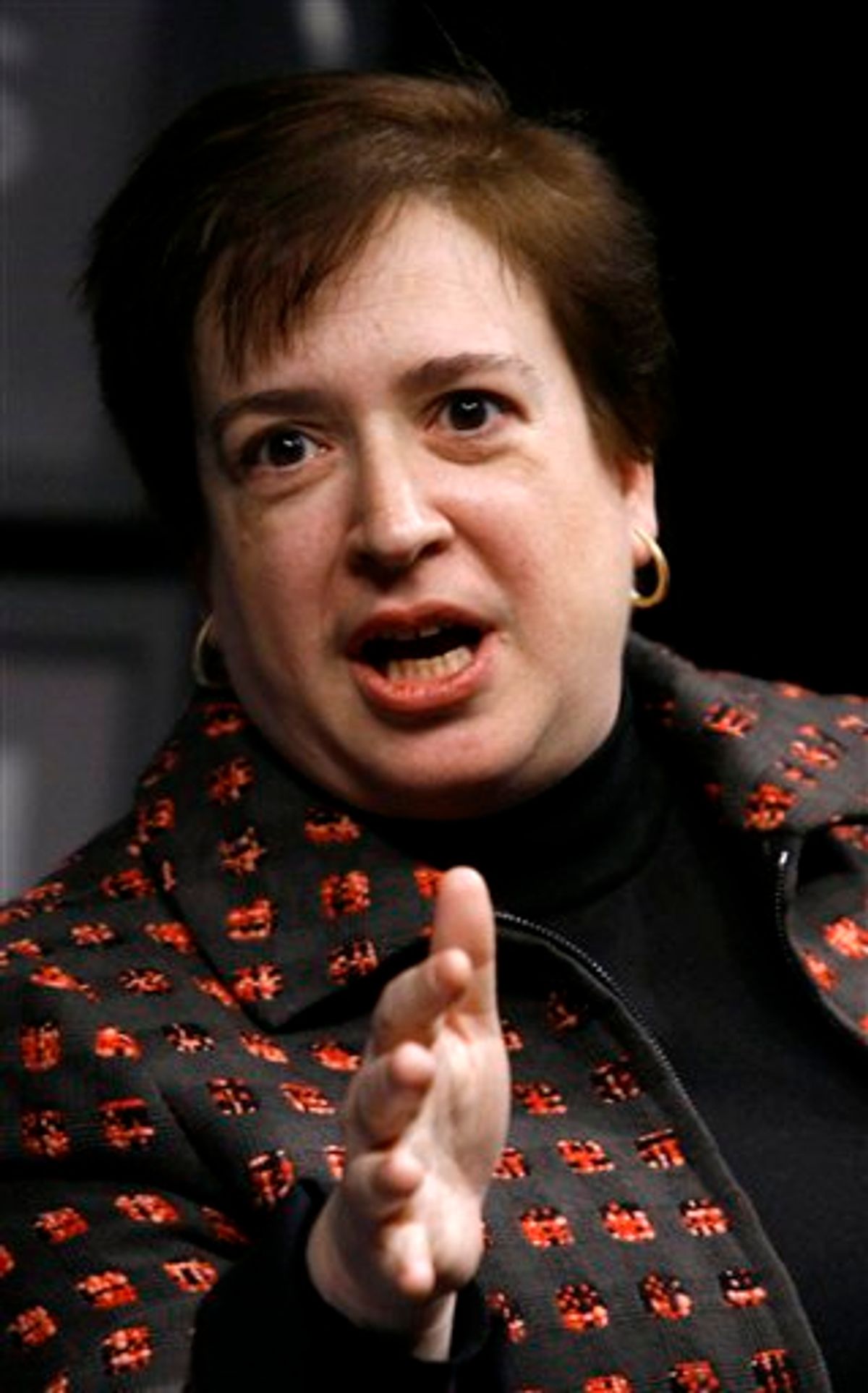 So, now that President Obama has nominated Solicitor General Elena Kagan for the Supreme Court, at least we know the main thing we'll be arguing about for the next few months. But it's not entirely clear just what that argument will be about, or what shape it will take. Thanks to a nominee who seems to have purposefully kept herself something of a blank slate, at this stage, we're just guessing.

Although the judicial left wing of the Democratic Party has found plenty of reasons to dread a Kagan nomination, the inevitable truth is that most moderates and liberals in the party’s mainstream are likely to rally around her. Their hunch will probably be that they trust Obama, and Obama trusts her, so, if that's not perfect, it's at least good enough. A number of prominent liberal lawyers have made some version of this argument in the run-up to today, essentially saying, "We know her, and take our word for it."

The exception here may be from minority groups allied with the party, who will object to Kagan's spotty-at-best record on minority hiring while dean of Harvard Law. Still, as Emily Bazelon points out at Slate, this is a criticism that the White House probably won't mind receiving, for cynical reasons. Especially after affirmative action turned into the main line of attack against Sonia Sotomayor, being slammed by progressives for insufficient loyalty to the practice probably won’t cost Kagan a single vote. It might even gain her some.

The inverse is probably true, however, for gay and lesbian groups. Deciding to keep the military off of the campus of Harvard Law was one of Kagan’s few controversial public stances, and has probably endeared her some to the folks over at the Human Rights Campaign. But just as the administration might welcome the criticism of racial and ethnic minority groups, it probably doesn’t want too much praise from the HRC, especially not on an issue related to the military.

You may notice that I haven't mentioned abortion rights groups, although theirs is the issue that is traditionally most important to Supreme Court nominations. Lacking any clear signal from Kagan's record, they’re likely to go with clues about who she is. A female Jewish Democrat from the East Coast and the Ivy League -- what are the odds that she isn't pro-choice? Obviously, it's worth finding out better than that, but the White House will resist revealing any such information as it did with Sotomayor (who benefited from dropping strategic nuggets of information about her views). Pro-choice activists will probably settle for their best guess, again.

Nor is there much reason to expect Kagan’s nomination to play that differently from Sotomayor's on the right wing either. A splinter of conservative senators will probably accede to pressure and precedent and vote for her, while the better part of the minority party opposes her as a radical leftist who shouldn't have been nominated in the first place.

It's unlikely that much new information about Kagan will come to light, since she just went through a significant confirmation process last year. Instead, you can watch for conservative activists to rely on tribal clues, rather than hard information, just as liberals will. Just as Kagan's identity as a Jewish Democrat from the East Coast and the Ivy League marks her as probably pro-choice, it will be enough to raise red flags for conservatives. You can bet that Glenn Beck will zero in on an article she wrote in college that called for a "more leftist left." How much do you want to bet that he tries to connect it to her relationship with Goldman Sachs?

Her time as a research assistant for famous liberal Harvard professor Larry Tribe will be scrutinized. The claim she made that the law should offer "special solicitude for the despised and disadvantaged" will be brought up and hammered at, though it’s not as effective a cudgel as the “wise Latina" comment. And as the GOP criticizes her for being too liberal, reluctant liberals will find themselves warming up to her.

Regardless of what kind of justice Kagan turns out to be, it's hard not to agree with Salon’s Glenn Greenwald -- there must be a better way of doing this.