Birth of the freedom pill

Fifty years ago this week, the birth control pill hit the market and released women from the fear of pregnancy 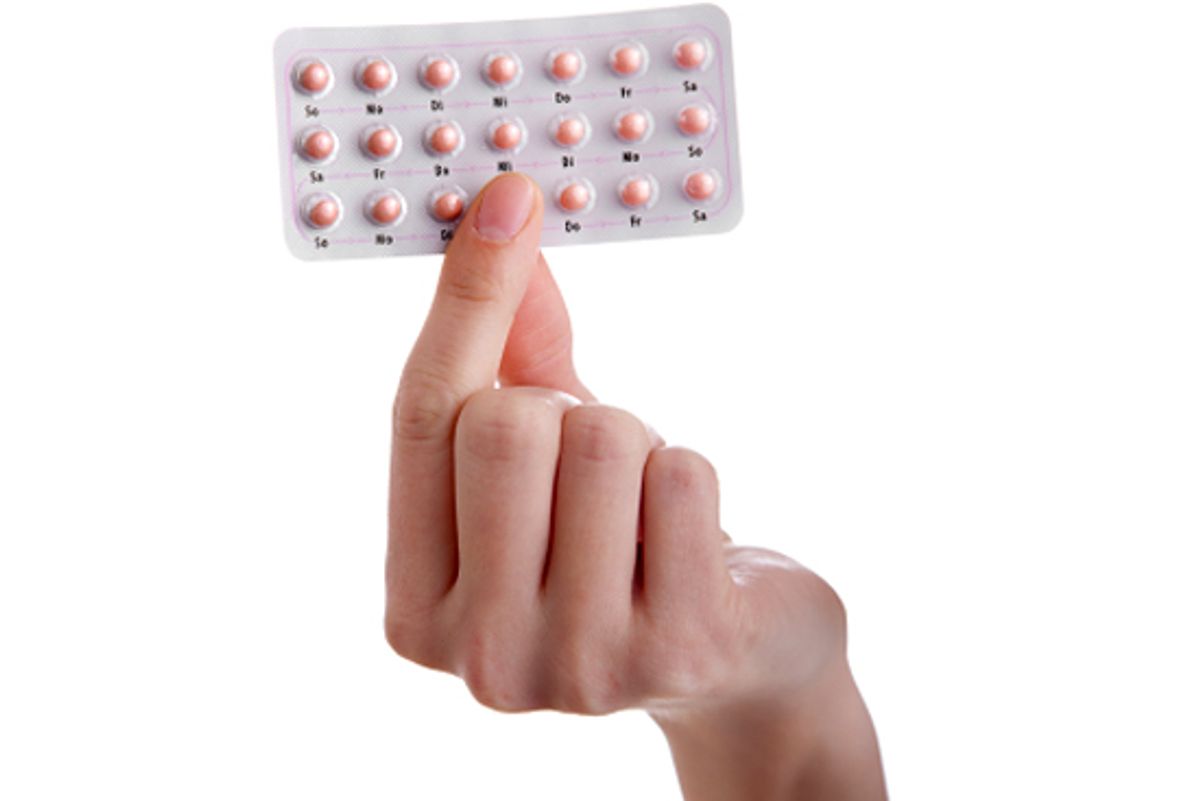 It's the 50th anniversary of FDA approval of Enovid for the purpose of preventing pregnancy. It debuted when I was 17 years old, about to graduate from an all-girls Catholic school, getting ready to go to Catholic college for a year and then planning on entering the convent to become a nun. Sex and birth control were the furthest thoughts from my mind. In fact, the first I heard of the pill was in early 1961 when a student at St John's stood on a chair in the cafeteria, held up a packet of pills and announced she was taking them. She was promptly expelled.

In September of 1961, I entered the convent. Convent life provides lots of time to think and we postulants would talk about all sorts of things during "recreation," including the pill. I was for it. My mother was struggling to raise her three other kids, having been abandoned by my step father. There was an afternoon she sat in the kitchen meeting with the welfare guy and learned that the $10.00 she made a month disqualified her for welfare. She was a broken, bitter woman who took it out on those still in the house. I had escaped. I decided I could not be a representative of a religion that was so punishing that it would forbid the use of a medicine that could prevent such tragedies.

Most people, Catholic and non-Catholic alike, felt the same way. The pill was a good thing; it was a revolutionary advance akin to the invention of the printing press and the advent of the industrial revolution. Except for a minority within the Catholic hierarchy, everyone loved the pill, at least for married couples -- the challenge to the idea that sex outside marriage was immoral was just beginning.

I never wanted to have children. My mother told me that I never spoke about "when I get married" when I was a child. I thought marriage was an odd institution and ritual. I did, however, want to have sex. I was determined not to get pregnant. The first man I slept with used condoms as did the next few. I left St. John's and went to the New School for Social Research. Someone told me about a doctor who would give contraceptives to unmarried women. I got a diaphragm. It worked and it was no big deal to insert it.

A few years later, I switched to the pill, which was better. I never forgot to take it, I experienced no side effects and I didn't get pregnant. I used it till I was 33 when I decided to get my tubes tied.

Switching methods -- from condoms to a diaphragm to pills and finally to sterilization was linked to how I saw myself. The condom period was a tentative time for me sexually; I was naive and lucky enough that my first lovers cared about not getting me pregnant -- but, still, they were in charge. With the diaphragm, I was slowly accepting sexuality as an integral, but still irregular, part of my life. The pill was full acceptance of self determination. Sterilization allowed me to completely concentrate on my partner and our pleasure. It was impossible to become pregnant. I said to myself: "This is what men feel like during sex."

Of course, I fall in a minority group of women for whom no children and no marriage were choices. For most women, contraception was and is not so much about personal freedom and liberation from biology, it is about relief from the burden of poor health, constant care of babies, the lack of public life and death. Alex Sanger, the grandson of Margaret noted: "My grandmother's childhood was poverty stricken and was painful. She grew [up in] a world where her mother was pregnant eighteen times, eleven children, seven miscarriages, and was dead at age forty-nine. This is not an uncommon story in 19th century America." While less common in the mid 20th century, it was not unknown. Much is made of the link between sexuality and procreation, in fact, the main objection to contraception is that that link is broken. What is forgotten is that sexuality also has an historic link to death. Even today, there is something heroic about every woman who gets voluntarily pregnant and carries it to term. Every pregnancy carries the risk of death and every woman carries in her collective unconscious the fear that she may die.

It is still the case that women in the developing world die frequently in pregnancy or live in suffering as a result of pregnancy. Depending on whose figures you trust, somewhere between 350,000 to 500,000 women die each year from causes related to pregnancy. We have no idea how many still die slowly from hunger, poor health, anemia, relentless labor, domestic violence resulting from too many children.

The pill is not just about sexual freedom, it is about freedom from fear. And there have always been people that think fear is a good thing.